This document only covers our shared and GitLab shared runners, which are available for GitLab.com users and managed by the Infrastructure teams.

Our CI infrastructure is hosted on Google Cloud Engine (GCE). In GCE we use the us-east1-c and us-east1-d All of them are configured via Chef. These machines are manually created and added to chef and do NOT use terraform at this time.

In each region we have few types of machines:

Runner managers connect to the GitLab.com and dev.gitlab.org API in order to fetch jobs that need to be run. The autoscaled machines clone the relevant project via HTTPS.

The runners are connected as follows: 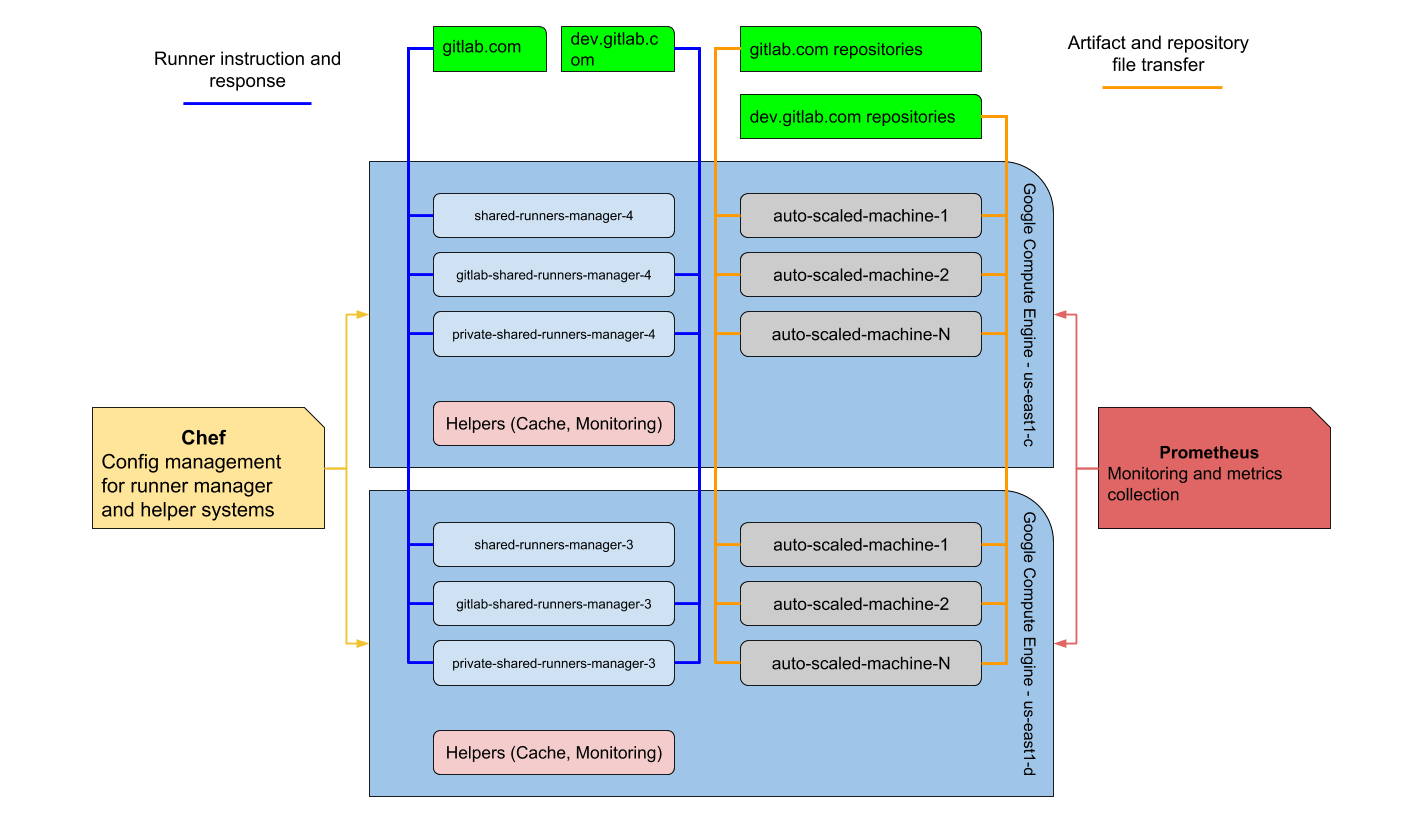 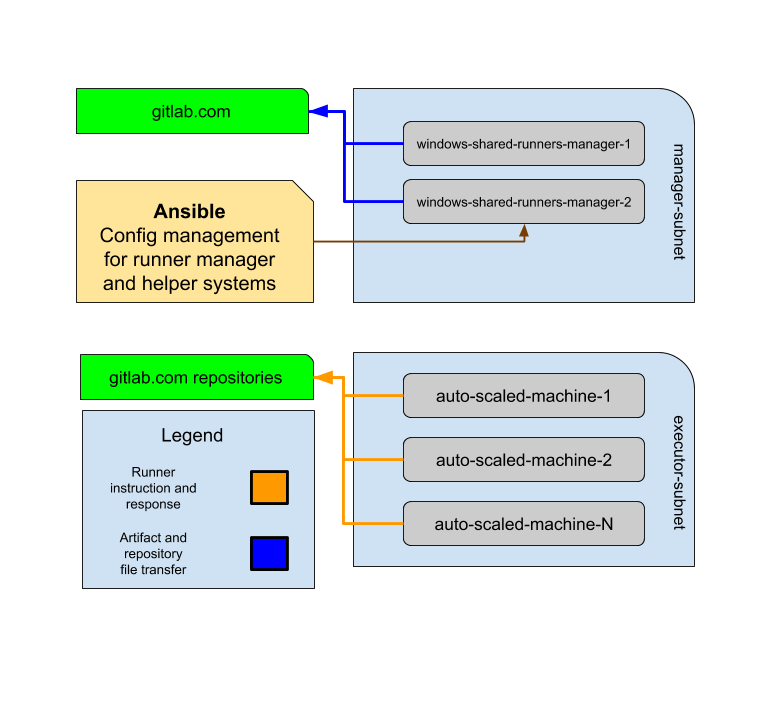 The Runner and it’s configuration is handled with Chef and defined on chef.gitlab.com. The detailed upgrade process is described in the associated runbook.

When we’re updating Runner, the process needs to be stopped. If this is done during job’s execution, it will break the job. That’s why we use Runner’s feature named graceful shutdown. By sending SIGQUIT signal to the Runner, we’re causing Runner to not request new jobs but still wait for existing ones to finish. If this was done from inside of chef-client run it could fail in unexpected way. With the /root/runner_upgrade.sh script we’re first stopping Runner gracefully (with 7200 minutes timeout) and then starting chef-client to update the version.

Some of the general configuration parameters can’t be refreshed without restarting the process. In that case we need to use the same script as for the Runner Upgrade.