This is a work in progress for the Marketing Project Management Simplification project.

Boards in GitLab make it possible to visualize and manage lists of issues which can be defined by one of three ways: Labels, Team members, and Milestones.

The scope of issues that are displayed on a board are filtered either by label, assignee, milestone, or possibly weight. 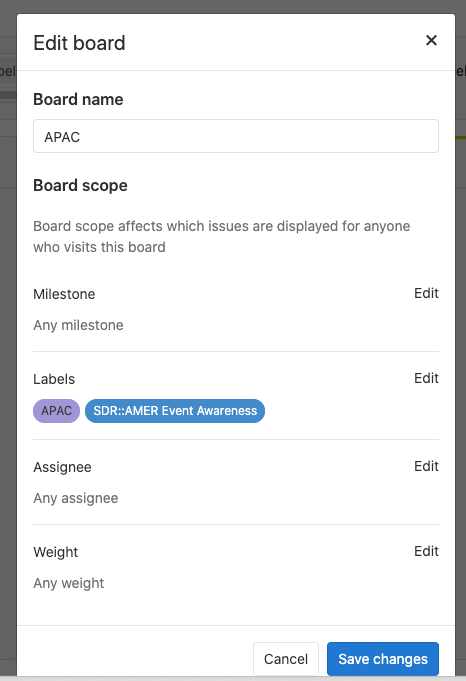 When an issue is moved from one list to another on the board, the board basically does two things:

Board lists also sum up the total "weight" of the issues in each list, as a way to estimate the total work in the list.

Boards can exist at BOTH project and group levels in GitLab.

Depending on the scope of the issues which need to be managed, the board should be defined at the most appropriate level.

The order of issues on Board Lists can be arranged by dragging and dropping them and be used to determine the relative priority of the related issues. When an issue is moved vertically on a board, this changes the relative relationship of the issue on ALL boards in GitLab.

We're investing in boards to add cool features like

Define Workflow and Iteration boards for each Marketing group

Goal: describes the task status for a given sprint. 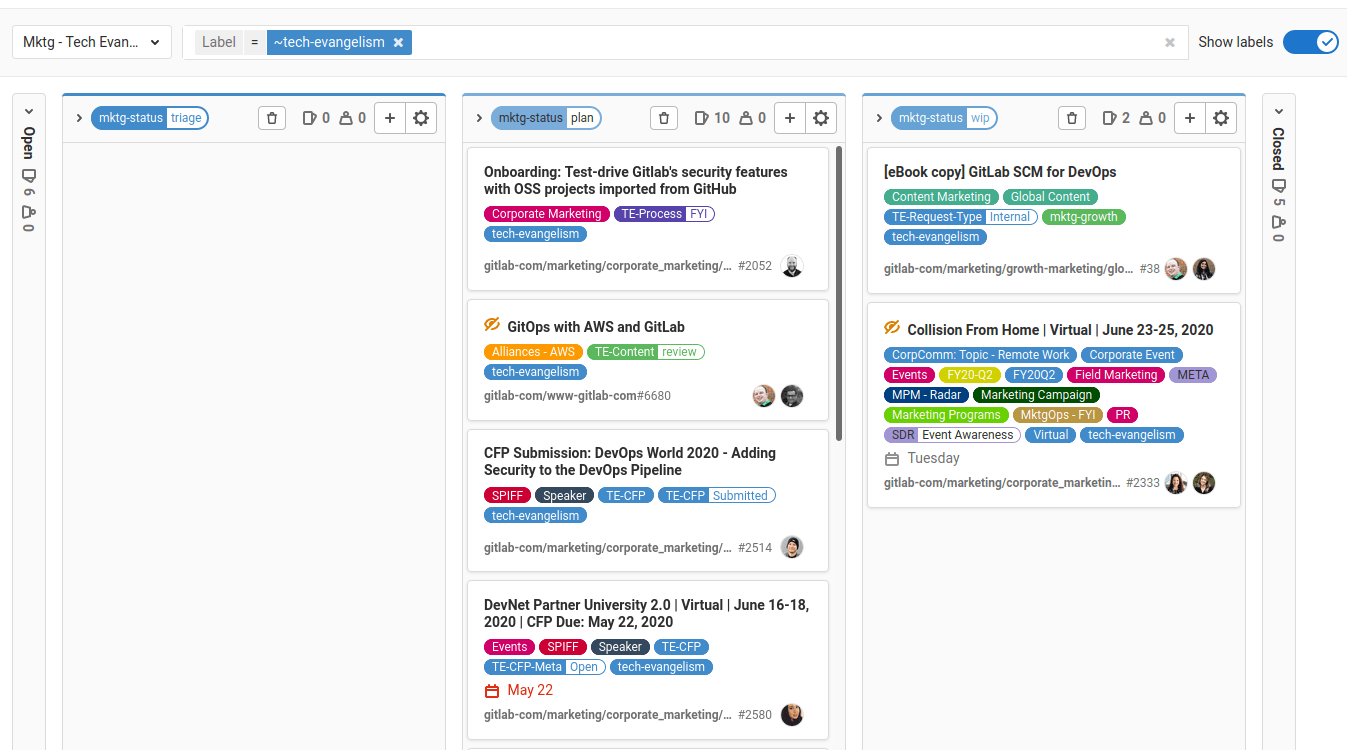