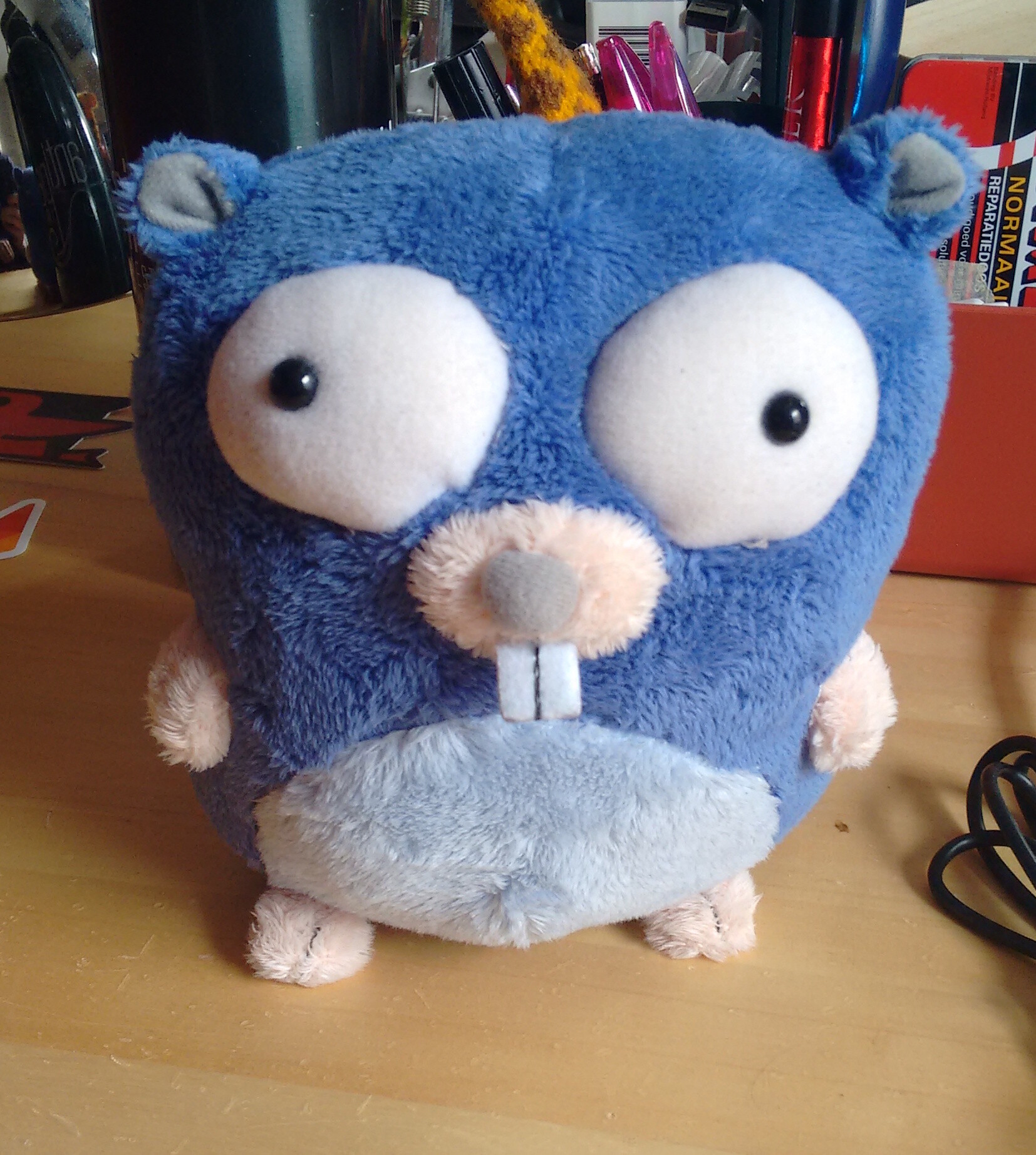 In the past 8 months gitlab-workhorse, a 'weekend project' written in Go instead of our preferred Ruby, grew from a tiny program that addressed git clone timeouts into a critical component that touches almost all HTTP requests to GitLab. In this blog post I will reflect on how we got here.

GitLab is a Ruby on Rails web application that uses the Unicorn Ruby web server. I am a fan of Unicorn because it makes application resource leaks manageable and because it has served GitLab well for a long time by patching up problems which we found or find too hard to solve 'properly'. (I am known to growl at people who suggest swapping out Unicorn for another web server in GitLab.)

At the same time, the design of Unicorn is incompatible with one of GitLab's main functions, namely Git repository access (git clone, git push, etc.) via HTTP(S). The reason it is incompatible is that Unicorn heavily relies on (relatively) short request timeouts. If you configure Unicorn to time out slowly rather than quickly then it starts to become a lot less pleasant to work with. A git clone on the other hand may take quite a long time if you are fetching a large Git repository. In my previous role as a service engineer at GitLab I regularly had to explain this tension to customers. The only solution we could offer was 'use Git over SSH instead'.

Another factor that led to gitlab-workhorse was my unfulfilled curiosity about the Go programming language. Go is sometimes credited with (or discredited for) having a strong marketing push behind it. The marketing worked on me: I have had a plush Go mascot staring at me on my desk for almost three years now.

A weekend project gets merged into master

So one weekend in July last year I found myself with an itch to build something in Go and a lack of imagination which led me to ask myself: could I rewrite gitlab-grack, the GitLab component that responds to Git HTTP clients, in Go? For the record I am not proud of having used my own (non-work) time to drive development of this project for the first few months, I think it sets a bad example for myself and others. But that is how it went.

The result was a very short and mostly correct Go program called 'gitlab-git-http-server' that suffered from none of the timeout issues that git clone via Unicorn had. It integrated with GitLab in a sneaky way by letting NGINX divert Git HTTP requests away from Unicorn to gitlab-git-http-server. The required changes in the GitLab Rails codebase were so minor that I could easily hide them behind a feature flag. To top it off I announced gitlab-git-http-server to the team on a day the CTO was on vacation: the ultimate sneak attack. Just kidding, but I thought it was a funny coincidence about Dmitriy's vacation.

The acceptance of gitlab-git-http-server by the team was probably helped by a shared understanding that GitLab's Git-over-HTTP solution was just not quite cutting it, and by the fact that we already used Go for gitlab-ci-multi-runner. But there was no up-front decision to solve the problem of Git-over-HTTP at this particular time, or using these means.

Time for a new name

In GitLab 8.2 we wanted to ship two new features for which we expected the same sort of Unicorn timeout problems that had plagued Git-over-HTTP in the past: Git LFS support (developed by Marin) and CI build artifacts (developed by Kamil). Both of these features depended on users uploading and downloading arbitrarily large files.

This development brought many improvements to gitlab-git-http-server. First of all, the more people had to say or write 'gitlab-git-http-server', the more obvious it became that the name was too awkward. And with all these new features it was also no longer appropriate, because the program did more than dealing with Git-over-HTTP. We have Marin to thank for coming up with 'gitlab-workhorse' which I especially like because it pokes fun at Unicorn.

It was also a great development for gitlab-workhorse to be getting attention from Kamil because he is our resident Go expert. This was very welcome: I felt confident enough that gitlab-workhorse functioned correctly, but I am not an experienced Go programmer. Having Kamil in the game helped us make gitlab-workhorse a better Go program.

For a short while, Marin and I were on the one hand trying to implement file uploads/downloads in gitlab-workhorse, while Kamil on the other hand was implementing the same thing for CI artifacts using NGINX plugins. Luckily we spotted the duplication of efforts before the code went out the door so we were able to implement this in gitlab-workhorse together for GitLab 8.2.

By this time the success with which we could build new GitLab features by doing part of the work in gitlab-workhorse started to cause problems of its own. Each time we added a feature to gitlab-workhorse that meant diverting more HTTP requests to gitlab-workhorse in the NGINX configuration. This complexity was hidden from people who installed GitLab using our Omnibus packages but I could tell from the gitlab-workhorse issue tracker that this was a recurring source of problems for installations from source.

Prior to gitlab-workhorse, NGINX served static files or forwarded requests to Unicorn:

Kamil half-jokingly suggested at one point that we could route all HTTP traffic to GitLab through gitlab-workhorse. Over time I started to believe this was a good idea: it would radically simplify the NGINX configuration for GitLab, and consequently make it easier to deploy GitLab behind other web servers (like Apache) which some people prefer strongly to using NGINX. It seems the idea grew on Kamil too because we soon saw a huge merge request from him to gitlab-workhorse which turned it into a 'smart proxy' that serves static files, injects error pages, implements Git-over-HTTP plus other features, and proxies traffic to GitLab.

This change went out in GitLab 8.3. In little over four months gitlab-workhorse went from being a little helper daemon on the side to a traffic cop that routes all HTTP requests going into GitLab.

This work immediately paid off in GitLab 8.4 when Grzegorz added the CI artifact browsing feature and GitLab 8.5 where we started serving 'raw' Git blobs via gitlab-workhorse. Neither of these changes forced GitLab administrators to update their NGINX configuration.

What to do next

The most important next step for gitlab-workhorse is to make it less dependent on me by getting more of my team members to contribute to the code. I am trying to do this by purposely leaving some nice changes for others to implement.

Because of the gradual (and sneaky :) ) way gitlab-workhorse was added to GitLab we still have some technical debt in GitLab in the Git HTTP authentication / authorization code. It would be nice to clean this up.

Finally, it is sub-optimal that we still buffer Git pushes in NGINX before forwarding them to gitlab-workhorse. We could avoid this unncessary delay and give people who use Apache instead of NGINX a better experience if we implement selective request buffering in gitlab-workhorse.

If you want to know what is coming next in GitLab, check out our Direction page, or follow developments on our latest milestones for 8.7 CE and EE.