What does infrastructure as code mean?

More on this Topic 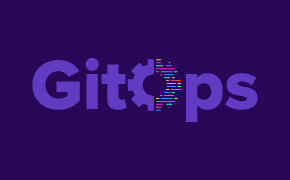 What is Infrastructure as Code (IaC)

Managing IT infrastructure can be a tedious task, especially since it often involves manual processes that require configuring physical servers. Configurations have to be on the perfect setting for applications and operating systems or teams won’t be able to deploy. Looking for a simpler solution, teams began to create infrastructure setup as code to manage and provision infrastructure. > Infrastructure as Code (IaC) automates the provisioning of IT infrastructure by using configuration files. Automation leads to more efficient development, increased consistency, and faster time to market.

As a DevOps practice, Infrastructure as Code enables teams to quickly version infrastructure in a way that improves consistency across machines to reduce friction when deploying. IaC travels through the same path as application code, including [continuous integration (CI)(/stages-devops-lifecycle/continuous-integration/) and continuous delivery (CD), version control, and testing. ## What problems does IaC solve?

Lack of visibility into performance results from the inability to monitor each step of the process. When a problem arises, teams struggle to identify where there’s a failure in the infrastructure.

High costs associated with managing infrastructure stem from the high number of individuals responsible for managing each stage of the process and the physical space needed for the servers. Specialized team members are required to handle specific tasks, tools are needed to increase communication, and space is needed to house the physical infrastructure.

Inconsistency across infrastructure is a common occurrence, since everyone manually deploys configurations. These unique environments can’t be reproduced automatically and can’t be tracked easily.

Unpredictable scalability, reliability, and availability accompanies manual configurations, resulting in downtimes. System administrators are often limited in how they configure servers to manage increases in load, and they can struggle to keep up with sudden changes in access.

What are the benefits of infrastructure as code?

The impact of infrastructure as code can be seen across a business - from development to cost - and felt by teams across the software development lifecycle.

Development is faster and more efficient

By running a script, teams can quickly set up infrastructure for every phase of the development lifecycle and environment, including development, production, staging, and testing. IaC supports teams from across the lifecycle, enabling all teams to benefit from accelerated processes - from developers who can provision sandboxes, QA that can create high fidelity test environments, and security which can build tests to identify vulnerabilities. Automation accelerates software delivery and ensures that the development lifecycle is an efficient process.

Historically, teams have manually configured infrastructure, but snowflake environments can develop when individuals create ad-hoc configuration changes. Manual infrastructure management results in discrepancies across development, testing, and deployment environments, leading to security vulnerabilities and deployment problems. If an application must be developed according to specific compliance standards, snowflake environments risk meeting these strict regulatory requirements. With IaC, the same environment is provisioned each time, creating a single source of truth and eliminating the problems associated with manual configuration. Teams provision servers and applications to align with specific policies, ensuring that business practices are followed.

Because infrastructure configuration exists as code files, teams can easily put it in source control to edit and distribute like other source code files. Teams now have traceability and can identify changes and authors and revert if necessary.

When teams combine cloud computing with IaC, costs decrease, because teams no longer require individuals to monitor hardware or rent space to house the machines. With IaC, teams benefit from a cloud computing’s consumption-based pricing model.

Why GitOps should be the workflow of choice →

How teams use GitLab and Terraform for infrastructure as code →