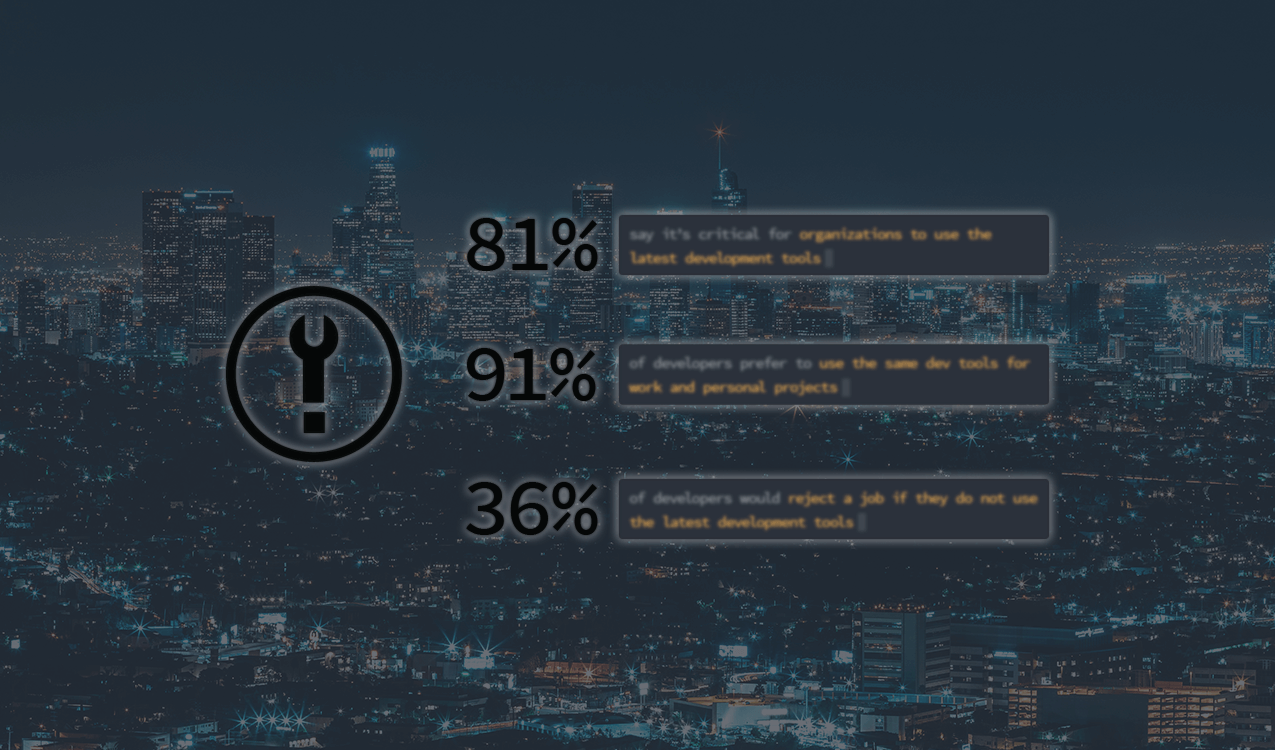 Technology trends move fast. In the time it takes to build a new program or feature, the very problem you're trying to solve can become obsolete. It's not just competitors you're worried about but the rapid pace of advancement in technology that can pit products within a single company against each other. Keep your head down too long on one project, and the rest of the development world has not only moved onto something new, they're using a brand new set of tools you've never heard of to build it.

Rapid acceleration in the technology industry is nothing new. Moore's law predicted this phenomenon as early as 1965 and over the last 35 years, we've all experienced the overwhelming takeover of technology, software, and digital devices. What's surprising is there are massive development teams attempting to do revolutionary work at a revolutionary pace, while still using outdated systems and methods of software development.

In an era where speed and time to market matter most, these technology companies are sabotaging their bottom line. In fact, a business analyst at Forrester went so far as to say "'Evolve or Crumble' is one of the most important things you will read this year."

While businesses struggle to keep up with cutting edge systems, processes, and technologies, developers are demanding the latest development tools and more collaborative ways of working in order to ship code faster. Managers take note:

Our survey reveals that the vast majority of developers work with open source tools. A distributed version control system, and more specifically, Git, is the most important tool used in everyday work. Developers have a strong desire to work with the latest tools and methods, yet nearly half say their team doesn't have a good handle on the latest dev best practices.

Give Developers What They Want

Developers are feeling the pressure to move faster from idea to production. Unfortunately, unclear direction and outdated tools and techniques are slowing down the process. Luckily for DevOps and IT managers, there is a strong correlation between what devs want and what businesses need, but leadership must be willing to embrace the changes required to get there.

At the core of what devs want and what businesses need is a more iterative and collaborative process for software development. Eighty-one percent of developers say that chat and collaboration tools (such as Slack, HipChat, etc.) are very or extremely important to their everyday work. In the brave new world of software development, rigid processes are replaced with more natural ways of communicating, which in turn improve the efficiency and speed of a team.

Conversational Development is the new Agile.

Software development methodologies have come a long way over the last few decades: Scrum replaced the inflexible Waterfall Method, and Agile improved the time-consuming method of Scrum. Now, as more development teams are distributed globally and the market demands speed and innovation, a more flexible process is needed.

In our more networked society, communication is instantaneous and constant. With more conversations happening in multiple places during the software development lifecycle, a process that puts conversation at the center is needed.

As developers continue to gain control over the tools they use at work, there will be an even greater push to choose open source and Git, and to adopt workflows that are naturally collaborative. Teams that can ship quicker, smaller changes are poised to dominate the market.