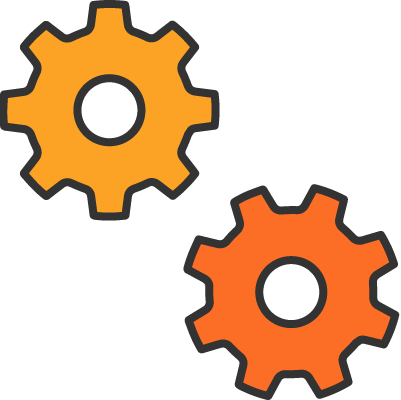 It is possible to use GitLab as a best-in-class GitOps tool, and this blog post series is going to show you how. These easy-to-follow tutorials will focus on different user problems, including provisioning, managing a base infrastructure, and deploying various third-party or custom applications on top of them. You can find the entire "Ultimate guide to GitOps with GitLab" tutorial series here.

In this article, we will build upon the first few articles, and will turn a GitLab agent for Kubernetes installation to manage itself. This is highly recommended for production usage as it puts your agentk deployment under your GitOps project, and enables flawless and simple upgrades.

This article builds on a few previous articles from this series and makes the following assumptions:

The goal of this tutorial is to manage a GitLab agent for Kubernetes deployment using that given agent. This has several benefits, including:

Upgrading GitLab and the GitLab agent for Kubernetes

A single GitLab instance might have dozens of agent connections. How should you upgrade all these deployments in a coordinated way? Turning everything into code simplifies the upgrade process a lot.

We have the GitLab - Agent version compatibility documented. The recommended approach is to first upgrade GitLab together with KAS, the GitLab-side component of the connection, and then upgrade all the agentk deployments.

If you manage the agentk deployments in code, the upgrade requires only bumping the version number in code and the agentk instances will take care of upgrading themselves.

Turning an agent installation to manage itself

Let's do a quick recap and an overview how we wil use the tools.

We use kpt to check out tagged agentk deployment manifests. As the manifests are a set of kustomize layers, we can extend them with our own overlays if needed, or just customize the setup per our requirements. The agent connection requires a token to authenticate with GitLab. We can use Bitnami's Sealed Secrets to store an encrypted sycret in the repo.

All the above code can be put under version control safely. Moreover, we can use GitLab CI/CD to dehydrate the kustomize package into vanilla Kubernetes manifests that the agent can deal with.

Let's see the above in action!

To never output the unencrypted token, we should turn it into a sealed secret.

Navigate to the gitlab-agent Terraform project, and create a Kubernetes secret from the token terraform output -raw token_secret | kubectl create secret generic gitlab-agent-token -n gitlab-agent --dry-run=client --type=Opaque --from-file=token=/dev/stdin -o yaml > ../../ignored/gitlab-agent-token.yaml. If you followed the instructions in the previous articles, the files under the ignored directory are never committed to git.

We will turn this unencrypted secret into a sealed secret. As the secret will already exist in the cluster, we should instruct the Bitnami Sealed Secret controller to pull it under its management. Moreover, as kustomize applies a random hash to every secret name, we should enable renaming the secret within the namespace. We can achieve these by adding two annotations to the unencrypted secrets object.

Add the following annotations to ignored/gitlab-agent-token.yaml

This configuration enables us to reference the name of the Sealed Secret in the secretGenerator.

We created a new kustomize overlay that builds on the base and cluster layers, but will use the sealed secret. We can hydrate this into vanilla manifests using kustomize build packages/gitlab-agent/sealed-secret > kubernetes/gitlab-agent.yaml. This configuration does not include any unencrypted, sensitive data. As a result, we can commit it freely using git commit.

If we would push the previously hydrated manifests, agentk would fail applying them complaining about missing inventories. We can easily fix this by temporarily setting a looser inventory policy:

With the inventory policy configured, we can commit and push our changes to GitLab. The agent will see the new configuration and resources, and will apply them into the cluster. From now on, you can change the code in the repository, push it to git, and the changes will be automatically applied into your cluster.

What are inventory policies?

The GitLab agent for Kubernetes knows about the managed resources using so-called inventory objects. In technical terms, an inventory object is just a ConfigMap with a unique label. Whenever the agent sees an object that it should manage, it applies the same label. This way, every agent can easily find the resources that it manages.

You can read more about the possible inventory policy configurations in the documentation.

A word about RBAC

Depending on the authorization rights given to the agentk deployment, not every change might be possible. For example, if you would like to create new ClusterRole and ClusterRoleBinding in a new kustomize overlay, and apply that with the Agent, that might fail. It will fail, if your current role-based access control (RBAC) does not allow your agentk deployment to create these resources. In this case, you should either provide higher rights to your agentk service account first or you should apply the changes manually from your command line.

Now, if you want to change something in your agent deployment, you need to take two actions:

Let's automate the second step so you can focus on your main job only. Following the setup of a GitOps-style Auto DevOps pipeline, we need to extend the hydrate-packages job:

We can re-use all the other automation as presented in the previous articles.

Just to provide a practical example, let's see how we can use the above setup to easily upgrade an agentk deployment to a newer version.

By running kustomize cfg set packages/gitlab-agent agent-version v14.9.1 we set the intended agentk version to be version 14.9.1. You can commit and push this change to git, and lay back in your chair to see how the changes are being rolled out across your clusters. You can point several agent configurations at the same kubernetes/gitlab-agent.yaml manifest, and upgrade all of them at once.

In this article we have seen:

Note: This is the final installment in this series of how to do GitOps with GitLab.

“Check out this last installment in our series on how to do GitOps with GitLab. This tutorial walks you through how to turn a GitLab agent for Kubernetes installation to manage itself.” – Viktor Nagy