GitLab is a massive open source project with over 600 contributors, all working together to create an amazing platform to collaborate on code. Every month on the 22nd, a new version of GitLab is released, and every month new features are added. To make you aware of the power of GitLab, we walk through some of its features in these blog posts.

LDAP group synchronization in GitLab Enterprise Edition allows you to synchronize the members of a GitLab group with a given LDAP group.

Suppose we want to synchronize the GitLab group 'example group' with the LDAP group 'Engineering'.

As an admin you can also go to the group edit page in the admin area. 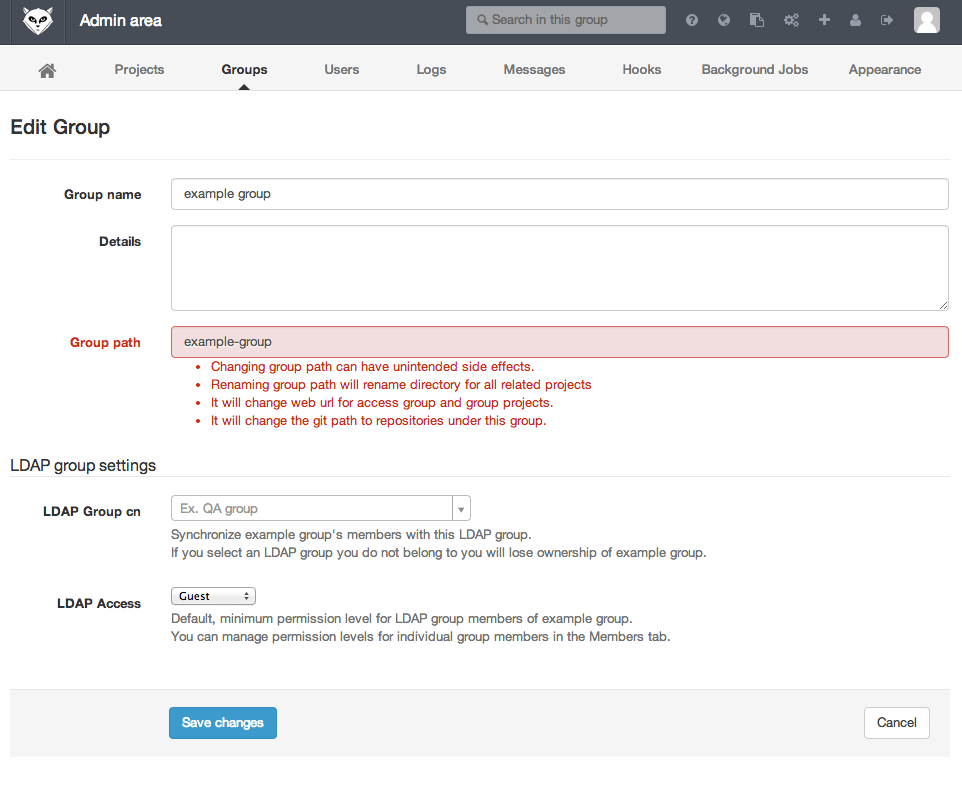 Now every time a member of the 'Engineering' LDAP group signs in, they automatically become a Developer-level member of the 'example group' GitLab group. Users who are already signed in will see the change in membership after up to one hour.

Locking yourself out of your own group

As an LDAP-enabled GitLab user, if you create a group and then set it to synchronize with an LDAP group you do not belong to, you will be removed from the grop as soon as the synchronization takes effect for you.

If you accidentally lock yourself out of your own GitLab group, ask a GitLab administrator to change the LDAP synchronization settings for your group.

Your GitLab instance may have users on it for whom LDAP is not enabled. If this is the case, these users will not be affected by LDAP group synchronization settings: they will be neither added nor removed automatically.