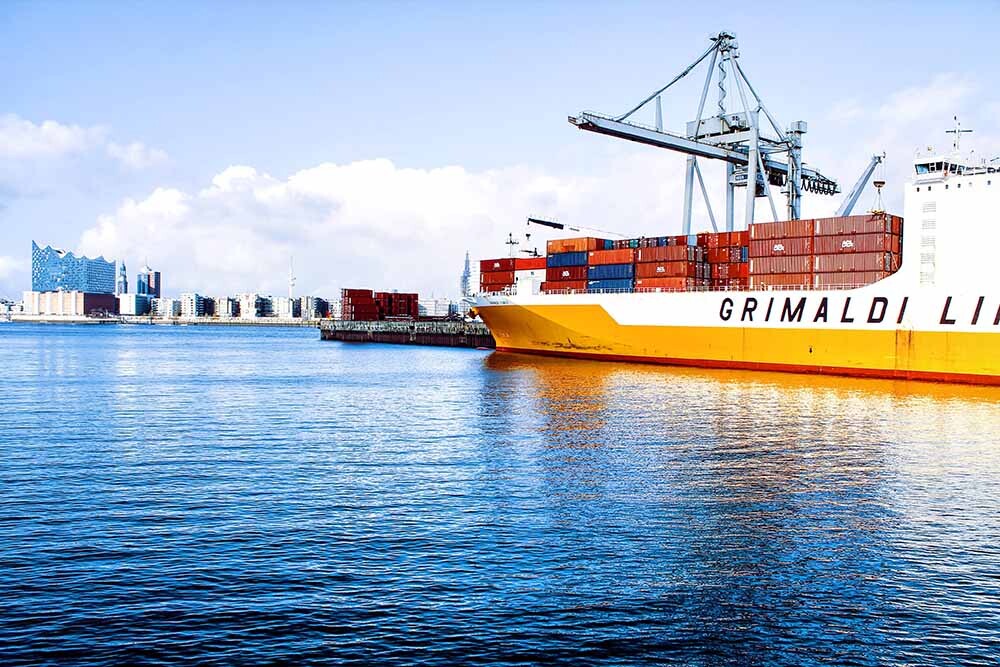 Yesterday we released GitLab 8.8, super powering GitLab's built-in continuous integration. With it, you can build a pipeline in GitLab, visualizing your builds, tests, deploys and any other stage of the life cycle of your software. Today (and already in GitLab 8.8), we're releasing the next step: GitLab Container Registry.

GitLab is all about having a single, integrated experience and our registry is no exception. You can now easily use your images for GitLab CI, create images specific for tags or branches and much more.

Our container registry is the first Docker registry that is fully integrated with Git repository management and comes out of the box with GitLab 8.8. So if you've upgraded, you already have it! This means our integrated Container Registry requires no additional installation. It allows for easy upload and download of images from GitLab CI. And it's free.

Read the administration documentation to learn how to enable it on your GitLab instance.

The main component of a Docker-based workflow is an image, which contains everything needed to run an application. Images are often created automatically as part of continuous integration, so they are updated whenever code changes. When images are built to be shared between developers and machines, they need to be stored somewhere, and that's where a container registry comes in.

The registry is the place to store and tag images for later use. Developers may want to maintain their own registry for private, company images, or for throw-away images used only in testing. Using GitLab Container Registry means you don't need to set up and administer yet another service, or use a public registry.

After that, you will be allowed to enable Container Registry for your project. 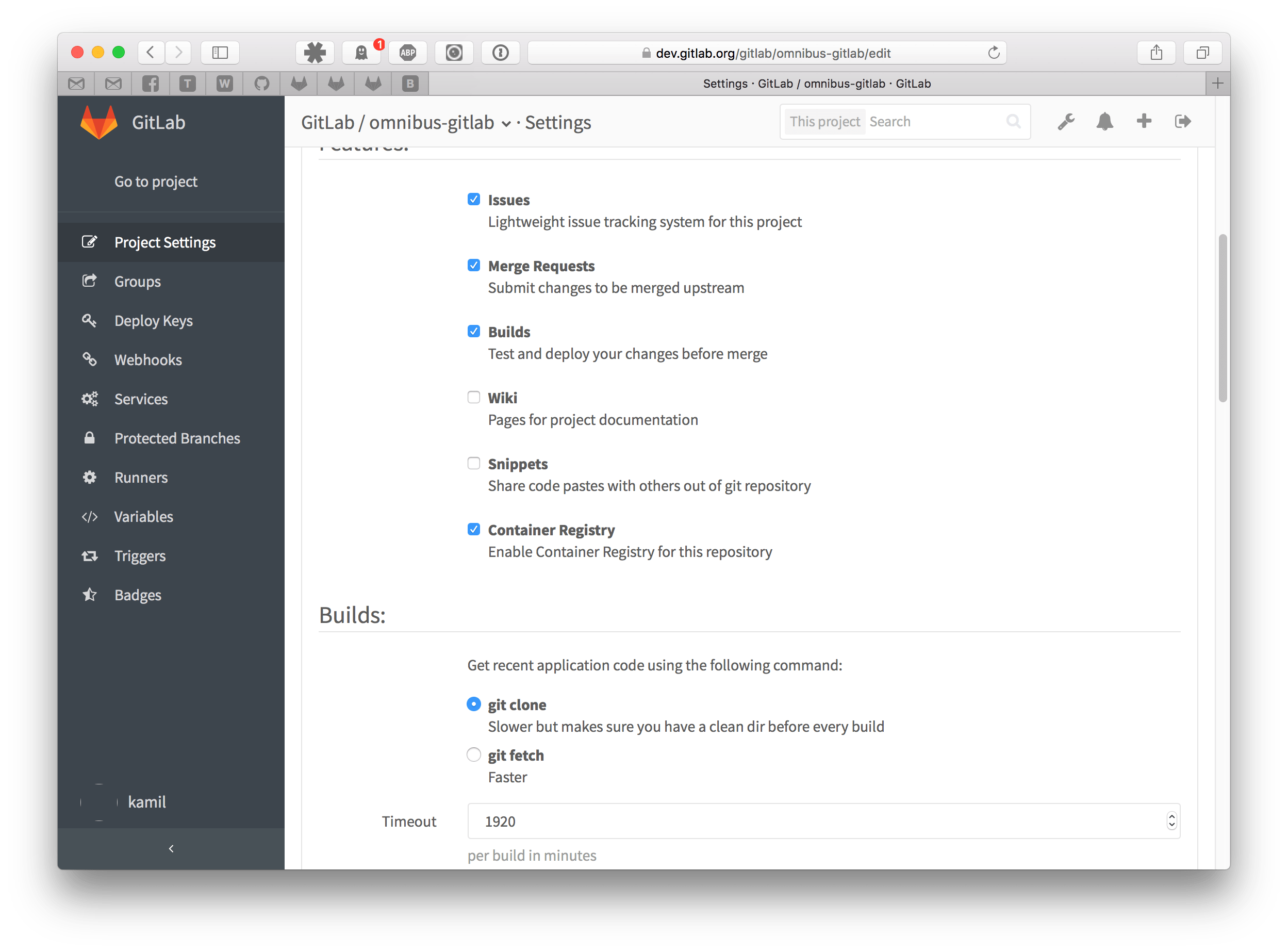 To start using your brand new Container Registry you first have to login:

Then you can simply build and push images to GitLab: 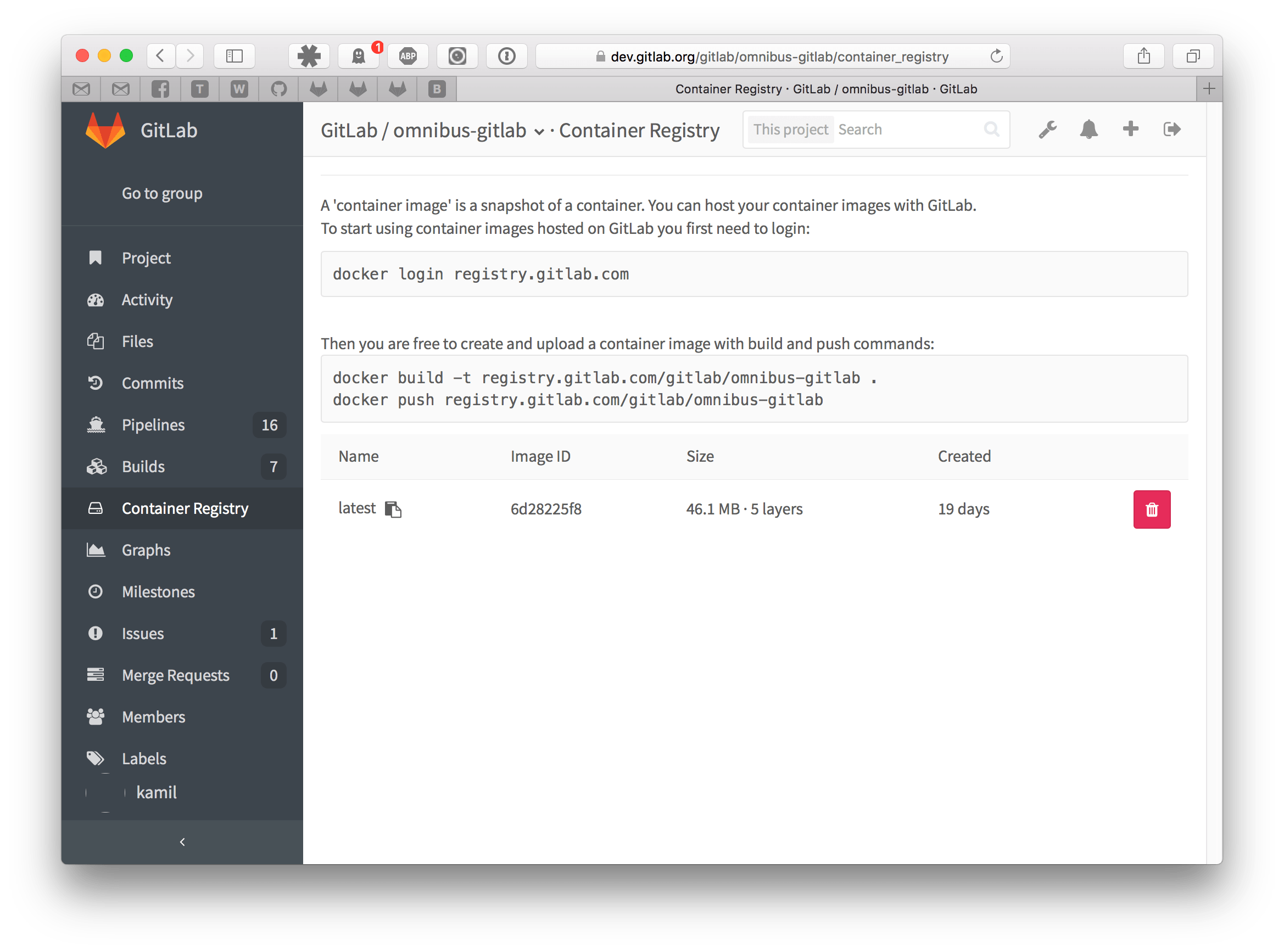 Use with GitLab CI

You can use GitLab's integrated CI solution to build, push, and deploy your Container Images.

Note: To use Docker in Docker images you need to have the privileged flag set up in your Runner's configuration. This is not the case for the shared Runners on GitLab.com for now; we plan to enable this flag next week. For the moment you can use your own Runners.

Here's an example GitLab CI configuration file (.gitlab-ci.yml) which builds an image, runs tests, and if the tests are successful, tags the build and uploads the build to the container registry:

Here's a more elaborate example that splits up the tasks into four stages, including two tests that run in parallel. The build is stored in the container registry and used by subsequent stages, downloading the image automatically when needed. Changes to master also get tagged as latest and deployed using an application-specific deploy script:

Container Registry is enabled on GitLab.com; it's completely free, and you can start using it right now!

Note: To use Docker in Docker images you need to have the privileged flag set up in your Runner's configuration. This is not the case for the shared Runners on GitLab.com for now. We plan to enable this flag next week.