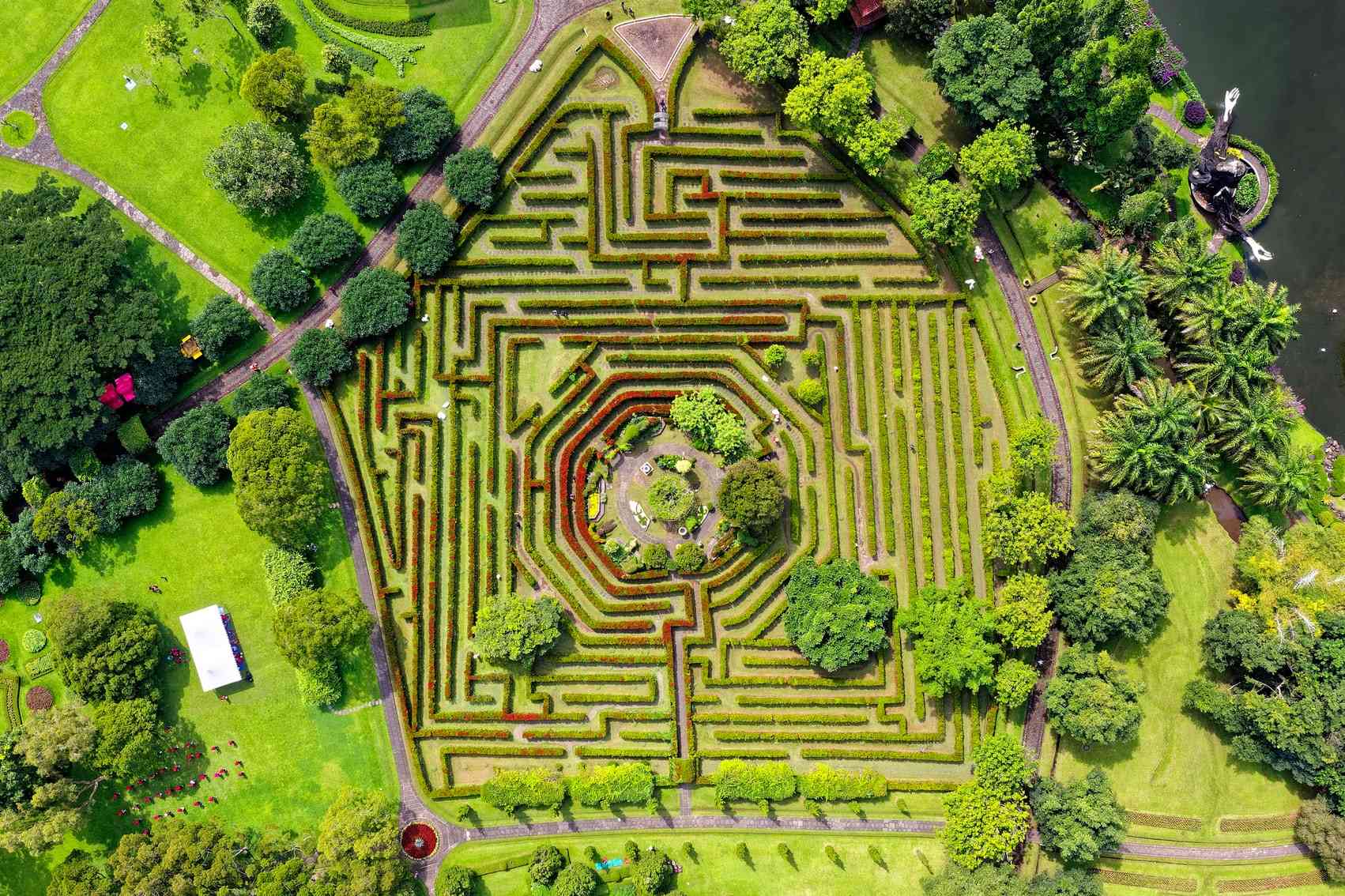 This year at BSides Kansas City, many of my conversations were about fuzzing and integrating security into the DevOps process. Fuzzing has been around for a very long time. Back in 2006, I wrote my first (very simple) fuzzer to mutate .zip files and pass them to anti-virus programs; even at that time, the case for fuzzing had been made many years prior. Today, American Fuzzy Lop (AFL), written by Michal Zalewski, stands as one of the best fuzzers available, and is one of my favorite tools.

Anecdotally, I've been seeing good arguments made for the adoption of fuzzing as part of the software security lifecycle more frequently than ever before. At BSides Kansas City, I listened to an interesting conversation at the speakers' dinner where the case was made that fuzzing is reduced to a niche, nice-to-have, wishlist item incorporated into workflows by exploit developers and only the largest of enterprises. I largely agree, but I like to think of why that's the case.

My general sense is that instrumented fuzzing, as a function of the software lifecycle, is still fraught with too much friction for widespread adoption. For something to take hold at scale, be useful to a large number of people, and have its benefits passed down to consumers, it needs to be quick and simple. Right now, fuzzing as something an organization does as part of its standard practice is not quick or simple. So, even if you have someone well-versed in fuzzing and exploit development, chances are fuzzing won’t survive as an organizational function.

In the hope that we can move the conversation forward, I wanted to give back something actionable – yet simple – to help folks incorporate fuzzing into their workflows. I’ve always found practical, hands-on examples to be the most helpful, so I put together a baseline sample showing how fuzzing with AFL can be automated as part of a pipeline.

You can find all code, including the Dockerfile, and detailed setup/modification instructions in the AFL-GitLab repository. Please familiarize yourself with the background in the repository first!

I prefer to work with Docker images, so I’ve used the Docker executor. AFL, your code, the test harness (if applicable), and the controlling Python script (more on that below) are in your Docker image.

For this example, we’re using Ubuntu 16.04. You can use any operating system you prefer. I run Ubuntu 16.04 for my fuzzing jobs, which is why I’ve used it here:

I copy a local fuzzing/ folder with all of my files to /usr/src/ in the Docker image. This can be changed to whatever works for you:

I set the user as root because I just want it to work. Customize this per your operating system, threat model, and risk tolerance:

Then just install whatever packages you need:

Note that this image is optimized for compatibility and efficiency only.

For this example, we’re going to be fuzzing vulnerable.c. It features a total absence of security and C best practice and is designed to intentionally generate at least one unique crash within the first few seconds of fuzzing. It’s a quick and simple way to verify everything else is working.

Instrumenting your program is done within the .gitlab-ci.yml file as part of the before_script parameter:

I include echo $CI_PROJECT_DIR as a troubleshooting measure (more below).

A note on performance

This specific example uses GitLab.com Shared Runners for demonstration’s sake. The performance limitations of Shared Runners in the context of fuzzing make it infeasible to run instrumented fuzzing jobs in a performant way. Instead, you could consider using a self-hosted runner.

The problem with initiating AFL in .gitlab-ci.yml is AFL will continue to run until interrupted, so it must be stopped programmatically and that stop must be configurable to only run after a defined amount of time.

To solve this problem, we can have the pipeline run a script to manage the execution and handling of AFL. I prefer to use Python, but you can use any language you like. In Python, we can use the time.sleep() function. The Python script will initiate AFL and sleep() will be used to run AFL for whatever length of time you set. Afterwards, AFL will be stopped.

afl-gitlab.py is where the magic happens and it serves as the control center where the handling and synchronization of the different events that need to happen are managed and customized.

To start AFL, we use subprocess.Popen() to run the command:

To control exactly how long AFL will run, we use time.sleep() – in this example, it’s 30 seconds:

After that, we need to stop AFL in a way that doesn’t cause the pipeline to fail. If you exit afl-python.py itself like you might do locally, the job will fail. To get around this, we use subprocess.Popen() to stop AFL:

Lastly, we exit the afl-python.py in a way that doesn’t cause the job to fail:

It’s important your script doesn’t cause the job to fail because everything else that needs to happen, won’t:

Just in case the job fails and you don’t want your entire pipeline to fail, I set allow_failure: true in the .gitlab-ci.yml file.

Running AFL has no value if the output can’t be collected in a workflow-friendly way, so we’ll use pipeline artifacts. The entire artifact collection process can be defined in the .gitlab-ci-yml file.

First, using the after_scripts parameter, which will run after afl-gitlab.py exits, we copy the outputs folder to a location in $CI_PROJECT_DIR (thus the echo $CI_PROJECT_DIR done earlier). This is important because you may run into artifact not found issues:

Then we simply collect the outputs folder as an artifact:

Your output will then be viewable like any other pipeline artifact: 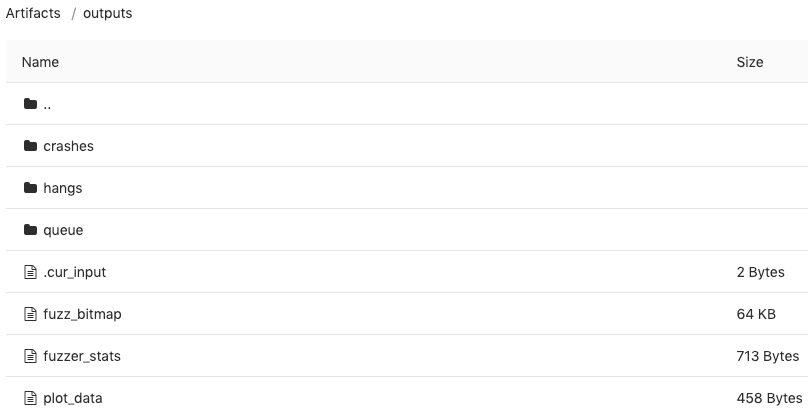 Creating issues for every unique crash

To make this a truly automated workflow, you could use the GitLab API to create an issue for every unique crash. At this time, I haven’t had the time to invest heavily in this, but I’ll have to circle back when I do.

Having played with the artifacts API for only a few brief moments, the path of least resistance seems to be adding the logic to afl-gitlab.py prior to the artifact collection.

For a specific example on how to use python-gitlab to create issues, check out an issue generator script I wrote for the HIPAA Audit Protocol.

The basic principles of multi-system parallelization apply whether you're running distributed fuzzing jobs manually or automating them on GitLab. While I haven't had a chance to port my personal workflows to GitLab yet, a quick glance tells me it’s likely possible.

Using afl-gitlab.py, you could run a separate script to handle the deployment, configuration, and de-provisioning of -S mode instances. My initial preference would be to run a second Python script – let's call it afl-gitlab-s.py that would use python-terraform to provision and deprovision the infrastructure. Fabric can be used to configure the instances, start AFL, and so on.

There would have to be some thought put into the timing and orchestration between the two scripts. It's also important to note: your synchronization scripts have to be timed so as not to de-provision -S mode instances before a synchronization event occurs; especially if you opt for staged synchronization.

Lists make the most sense to me, so in other words:

Many triage and initial analysis workflows can be, and are, automated. My personal workflow includes a combination AFL's crash explorer, pwndbg, and radare2. I’ve condensed most of my initial triage to a single Python tool. The tool could be run as a Runner job, either on the Runner instance itself or, as above with the -S mode instances, offloaded to another box with the results returned to the Runner instance. Given that, and regardless of the language of your toolset, automating output triage and initial analysis seems to be doable with some tinkering.

Much like automatically creating an issue for every unique crash found, I’ve not yet had the time to focus on this and give it a go, but I’ll circle back and add it when I can.

There's a whole bunch we could automate and make more accessible in the fuzzing space. In the interest of reaching and benefiting the largest number of people, I’d love to see GitLab have mature fuzzing features that are helpful to developers and security folk alike. To help move that forward, I think community involvement in key. If you have the inclination please contribute to our direction. And if, instead, you want to take this example and expand it outside of the GitLab ecosystem, please do and tell us how it went!

Photo by Tom Fisk on Pexels