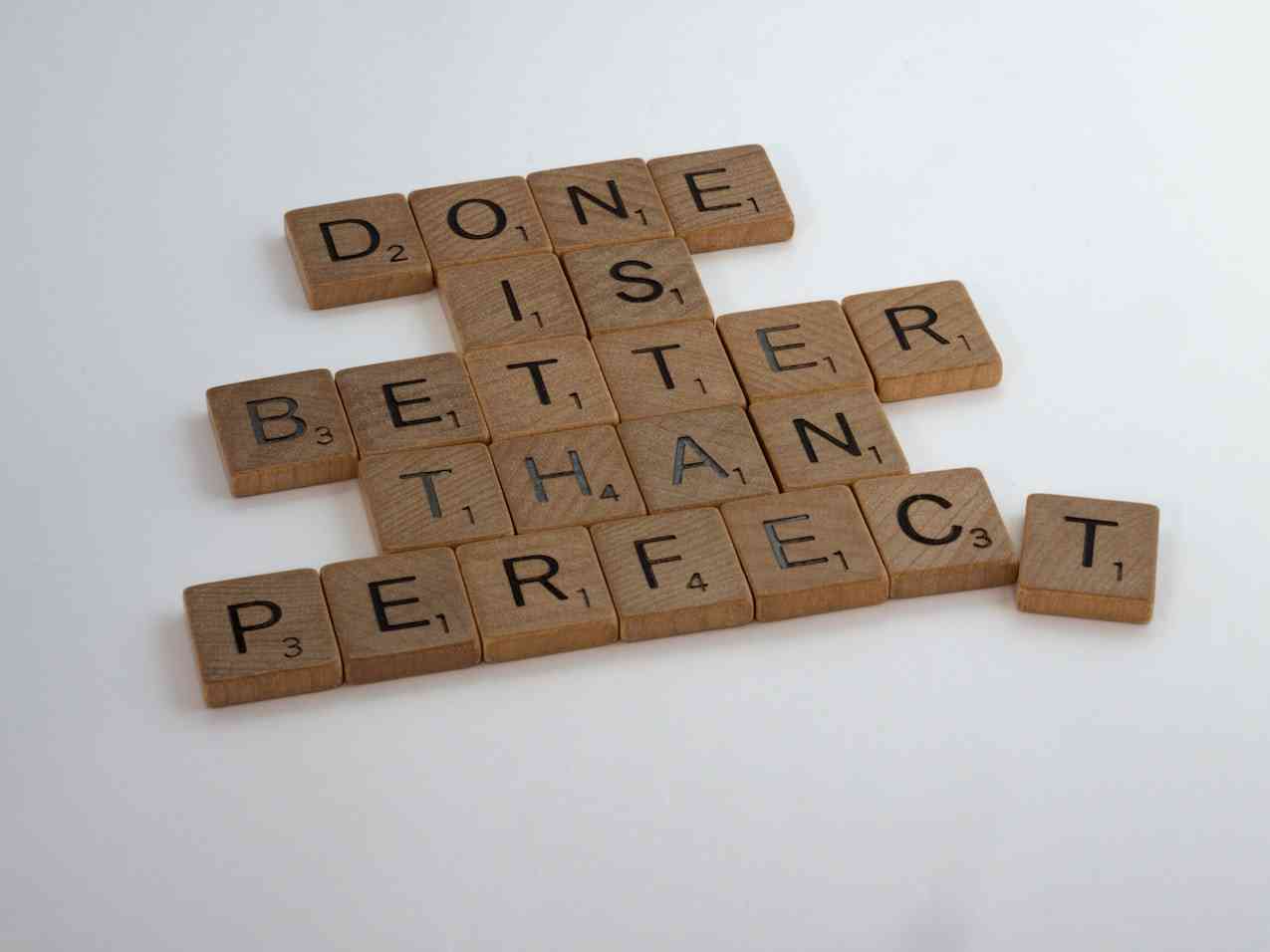 In an environment where women-identifying individuals make up about 34.4% of the total workforce, tech is not necessarily the easiest environment for women to break into. The women, particularly those from underrepresented groups, who do join the tech industry ought to feel a particular sense of pride and ownership at their accomplishments – what they achieved is not easy. Unfortunately for many of us, success comes with the added baggage of impostor syndrome – that debilitating feeling that you're undeserving of your accomplishments, despite objective evidence that says otherwise.

A brief history of impostor syndrome

While men can be impacted by impostor syndrome too, it is a feeling that occurs much more frequently among women, and other underrepresented groups. The concept of "impostor syndrome" was first introduced in a 1978 academic study by two psychology researchers who studied a group of high-achieving women in academia who described feeling undeserving of their success, in danger of being outed as secretly incompetent, or a feeling like a fraud. Notably, the majority of the women that took part in the study were striving in the predominately white and male atmosphere of academia in the late 1970s – which has some similarities to the tech industry of today.

Strategies for curbing your impostor syndrome

We'll unpack some insights and strategies that can be used to overcome impostor syndrome that the women of GitLab shared during two fireside chats at GitLab Virtual Contribute, our annual community event. The fireside chats were hosted by the Women Team Member Resource Group (TMRG) and created an opportunity for women working in different capacities at our company to share their insights and experiences, from which other women and allies can learn.

It's not easy to feel comfortable and confident in a workplace were you are dramatically outnumbered. And it's no wonder that impostor syndrome flourishes among women (and other diverse populations) trying to make their mark in mostly male workplaces.

"I think one of the biggest challenges is since tech is such a male-dominated field, there are not enough women in leadership positions," said Orit Golowinski, senior product manager of Release: Progressive Delivery at GitLab, during the fireside chat. "I think that that's one of the challenges, that there's not enough role models for women going into tech to look and aspire to."

It can be daunting to be one of a few female team leads at your company, or to have aspirations of breaking through that glass ceiling. Regardless of whether you're in a senior or more junior level role, identifying a mentor early on in your career is helpful. In fact, Sara Davila, Partner and Channel Marketing at GitLab, said she first joined tech after her mentor encouraged her to try something new. Sara's mentor gave her the confidence to leave her role in the oil and gas industry during an economic downturn and move into the tech world. "I think mentorship for me is really important when it comes to career development because sometimes we're critical on ourselves and we don't know that we can do things that other people see in us," said Sara.

Great mentors like Sara had aren't necessarily easy to find, which is why GitLab launched its pilot Women in Sales Mentorship program, which paired women at GitLab working in the traditionally male-dominated field of tech sales with senior leaders in our company.

About 33% of people managers in GitLab are women, but for right now, we don't have any women in executive or senior leadership roles. GitLab continues to be a male-dominated company, with roughly 31% of total GitLab team members self-identified as women, falling short of our goal of a company that is 40% women. Our journey to a more diverse and inclusive workplace is a work in progress.

In the LeanIn 2020 Women in the Workplace report, 73% of women report experiencing microaggressions at work. Microaggressions – the interruptions, comments, and body language that hit like tiny paper cuts – only compound feelings of impostor syndrome for women and other marginalized groups.

"Something that I've particularly faced challenge-wise is just there are times when it feels like the other people don't believe you should be in the room with them and they don't value your contributions or what you have to say," said Chloe Whitestone, technical account manager at GitLab.

Whether you're experiencing the creep of impostor syndrome yourself, or the person next to you is feeling it, defaulting to microinclusions can be a strategy for putting yourself and the people around you at ease. "I try to think about microinclusions as opposed to microaggressions," said Michelle Hodges, vice president of Worldwide Channels, at GitLab. "Work on the small little bits of things you can do to be more inclusive as opposed to always checking yourself. And I wrote something down a couple months ago about microinclusion. It's from the Interaction Institute for Social Change and it says, 'A symbolic action that forces us to recall the humanity of others.'"

You never know when small gestures of kindness from you can make a sizable impact for others. Robin Schulman, chief legal officer and corporate secretary, at GitLab, recalls an interaction she had with a newly minted Vice President at a Board of Directors meeting at her previous company. Robin struck up conversation with the young woman during the meeting, which was attended mostly by older men, about her life and her work. Later, when Robin left the company for a new opportunity, she received an earnest email from the VP explaining how Robin made her feel comfortable in a setting where she felt uncomfortable.

Performing microinclusions has the effect of creating a more supportive professional environment. If you think that your colleague is experience a bout of impostor syndrome, ask them about it. We break silence and stigma by having honest conversations about impostor syndrome. Then, go a step further and act more deliberately on behalf of your friends and colleagues. Repeat and attribute their great ideas in meetings, talk up their skillsets to their manager, and nominate them for promotions, bonuses, and any form of public recognition. Defaulting to microinclusions and even acting as a hypeperson for your colleagues will help squash any competitive posturing at work and instead introduce a more supportive and compassionate atmosophere.

3. Remember how hard you worked

Women, particularly those from underrepresented groups, have to work harder and more persistently for recognition in the workplace. These demands make it easy for women to fall into the trap of feeling like you need to be an expert in everything in order to get ahead.

A frequently quoted statistic shows that women apply for jobs only when they meet 100% of the qualifications, while men apply when they meet 60% of the criteria. More recent research out of LinkedIn indicates that women are less aggressive when it comes to their job search than men. Sometimes, you just need to pursue an opportunity with a growth mindset, trusting that you will learn what you need to as you go.

New York Times journalist Jessica Bennett has a great section on impostor syndrome in her book Feminist Fight Club. One of the sections that really stands out is her observations about doubt. If you find yourself succumbing to negative self-talk and starting to freeze up, reframe that self-doubt into idea doubt. While self-doubt will leave you spiraling, idea doubt is motivating. Start iterating on your ideas until it starts to feel more solid. Then, when it comes time to pitch your idea, remember all the hard work that went into it.

In a well-liked post on LinkedIn by Sales Foundation CEO Ebony Beckwith, she invokes an insight from Mindy Kaling about impostor syndrome, stating that women of color are less likely to fall victim to impostor syndrome, because they know just how hard they had to work get a seat at the table.

"While feelings of doubt and fear can still creep in, rarely do thoughts of, 'How did I get here? I don't deserve to be here,'" said Ebony. "Because we know exactly how we got here – we did the work! Reminding myself of that hard work is my new cure for impostor syndrome."

We hosted two fireside chats with women working in different capacities at GitLab during our Virtual Contribute event. We linked to one of the fireside chats below:

More on this topic

“It's not always easy to feel confident when you're outnumbered. Women in tech at GitLab share their wisdom” – Sara Kassabian