Inspired by Robert and Douwe and their trip called Around the world in 6 releases, another GitLab team-member Dimitrie accepted the challenge of pursuing the "Travel to visit GitLab team-members" company policy by making use of the "visiting grant". Visiting 6 different colleagues in 5 cities, in 4 countries across Europe and Asia he has a story to tell. Read on for the why, how, who and where.

This year has been an amazing journey for me, with one of the highlights being the GitLab summit in Cancun, Mexico. This event, at which I could bring along my "significant other" to the other side of the world was an amazing opportunity. Meeting people you already know online for the first time is a strange, but wonderful experience. 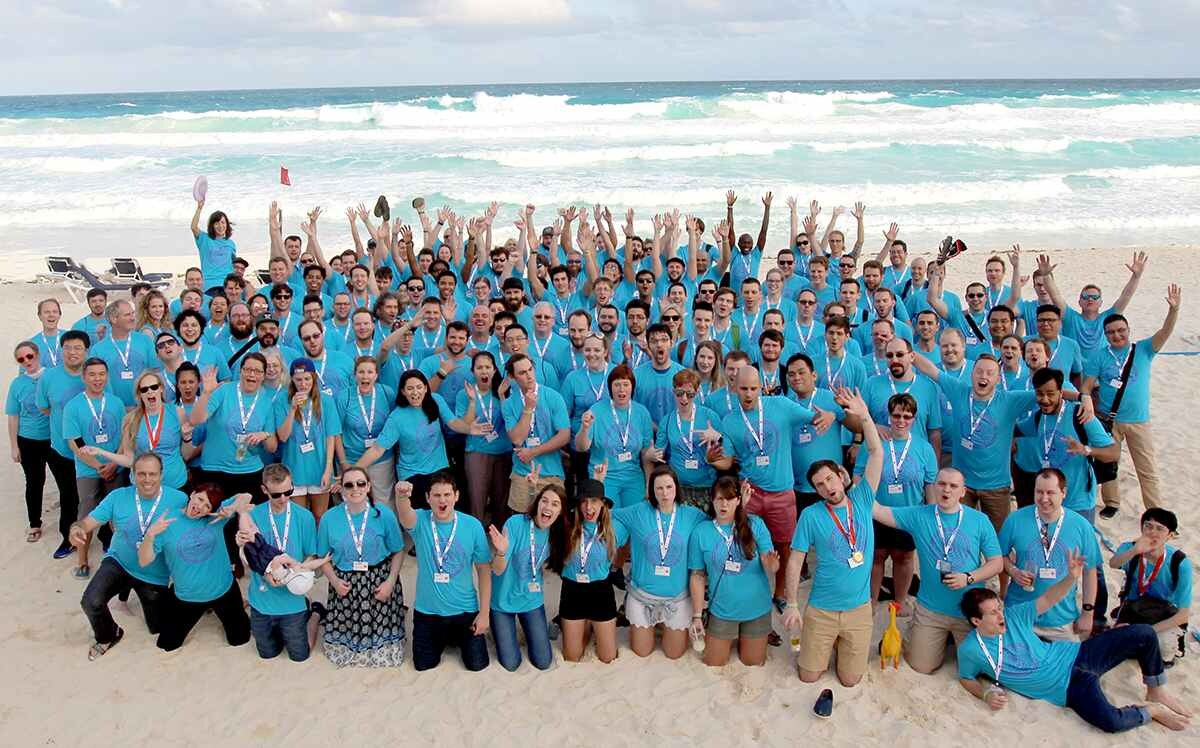 This brings me to meeting Arihant, which is one of our support engineers. We met in the back of a van, which was driving us back from ziplining and swimming in the jungle. Arihant told me about the wonders of India and made sure I knew I was welcome if I ever thought of visiting him. Working at a fully remote company such as GitLab, where this is an actual possibility, set my mind to work…

Thinking about going and actually making it real for yourself, is something else. Who will I meet, where can I go? As a bonus, two of my best friends were and are still backpacking the world. Meeting them so far away from home would be awesome.

Being one of the UX designers at GitLab, I remembered that one person of the UX team couldn't make it to the summit back in January. Hazel, who resides in Taipei, Taiwan, was the only one which I didn't meet in real life yet. So I reached out to see if I could visit her. She loved the idea!

Meanwhile Collen, another support engineer living in Kampot, Cambodia, made my eyes roll out of their sockets with pictures of Angkor Wat.

Lastly, both Kushal from Pune, India and Jen-shin from Taipei, Taiwan were happy to meet me as well, when I would be nearby.

Knowing who I was going to visit, I had to make sure that dates and people where going to match. Not being the first one in the company to do such a trip, I could see how my colleagues had planned ahead. I expanded and built on their spreadsheet concept, until it became my master plan!

Person availability, general trip timeline and total cost estimation were the first things I created. I needed them to get my plan approved. Eventually it got upgraded with people and personal travel information to make it more useful for myself. As a bonus, there are some nifty little automation features in there as well.

You can check out a template copy of it here!

Google spreadsheets allows you to assign people to certain tasks and cells. This made it very easy for people to put in their own information, while being able to see information from others. In other words, efficient team collaboration!

The result was an approved plan, where everybody was on the same page, by following the six core values of GitLab: "Collaboration, Results, Efficiency, Diversity, Iteration, and Transparency (CREDIT)". Thanks GitLab!

The scale of remoteness

With my first one-way trip tickets booked, preparing and working eating up most of my time, it was suddenly time to go!

Off to London it was, for an overnight transit. GitLab, it seems, is everywhere. So I met up with James to make the most of it. Some pints and laughs to celebrate the beginning of this journey, cheers! 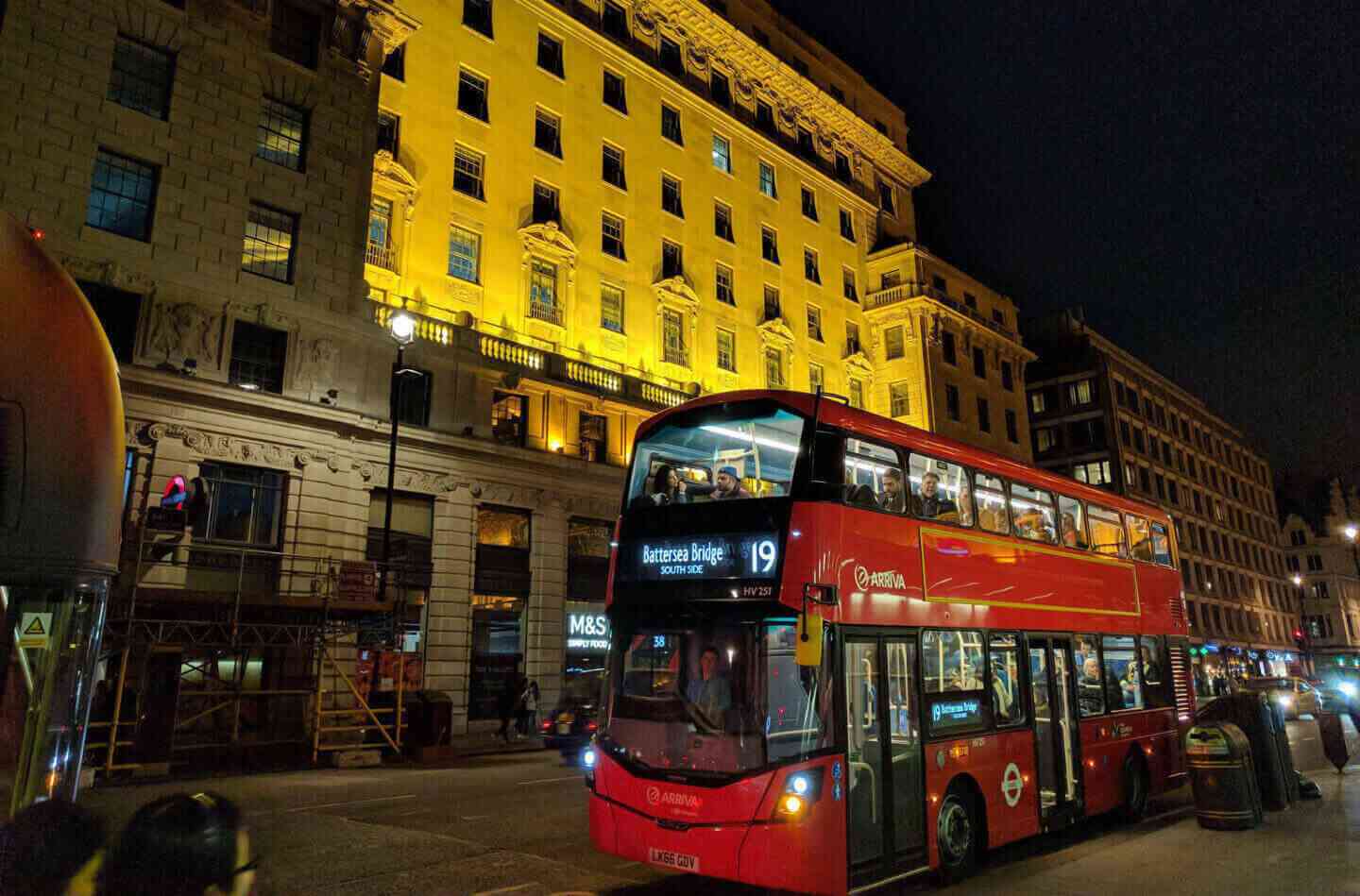 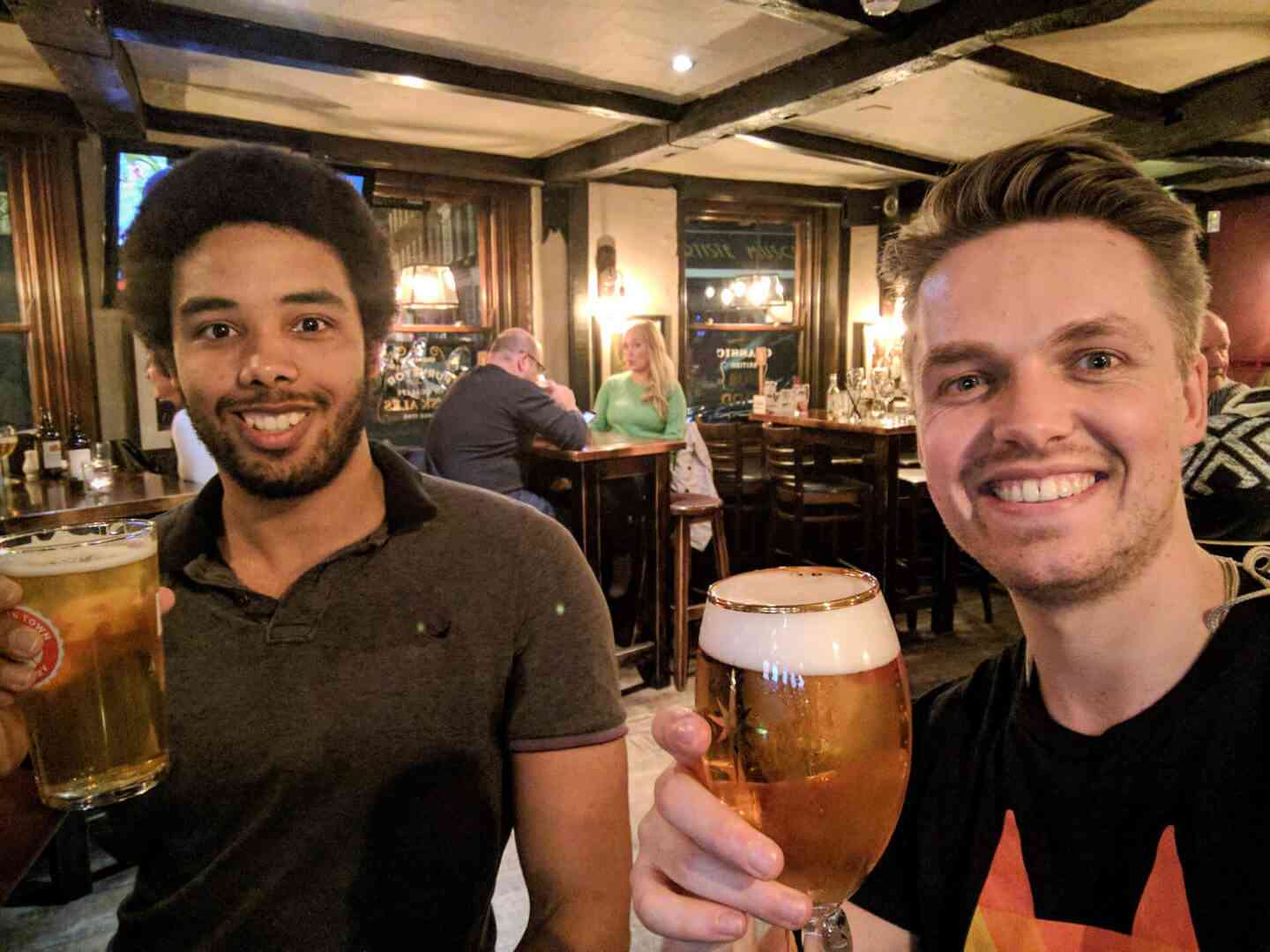 Next up Mumbai, India. With a flight of around 9 hours, just the sheer scale of the distance we communicate over each day across the web suddenly becomes very real. After receiving a lot of help from Arihant, I had a safe place to sleep in the busiest city I have ever seen. Kindness really is one of our core values.

Mumbai was a fascinating city, one of absolutes. A city where there is a lot of everything, good and bad. It has and still is growing at such a pace, that reality can't really keep up. There is however so much potential! 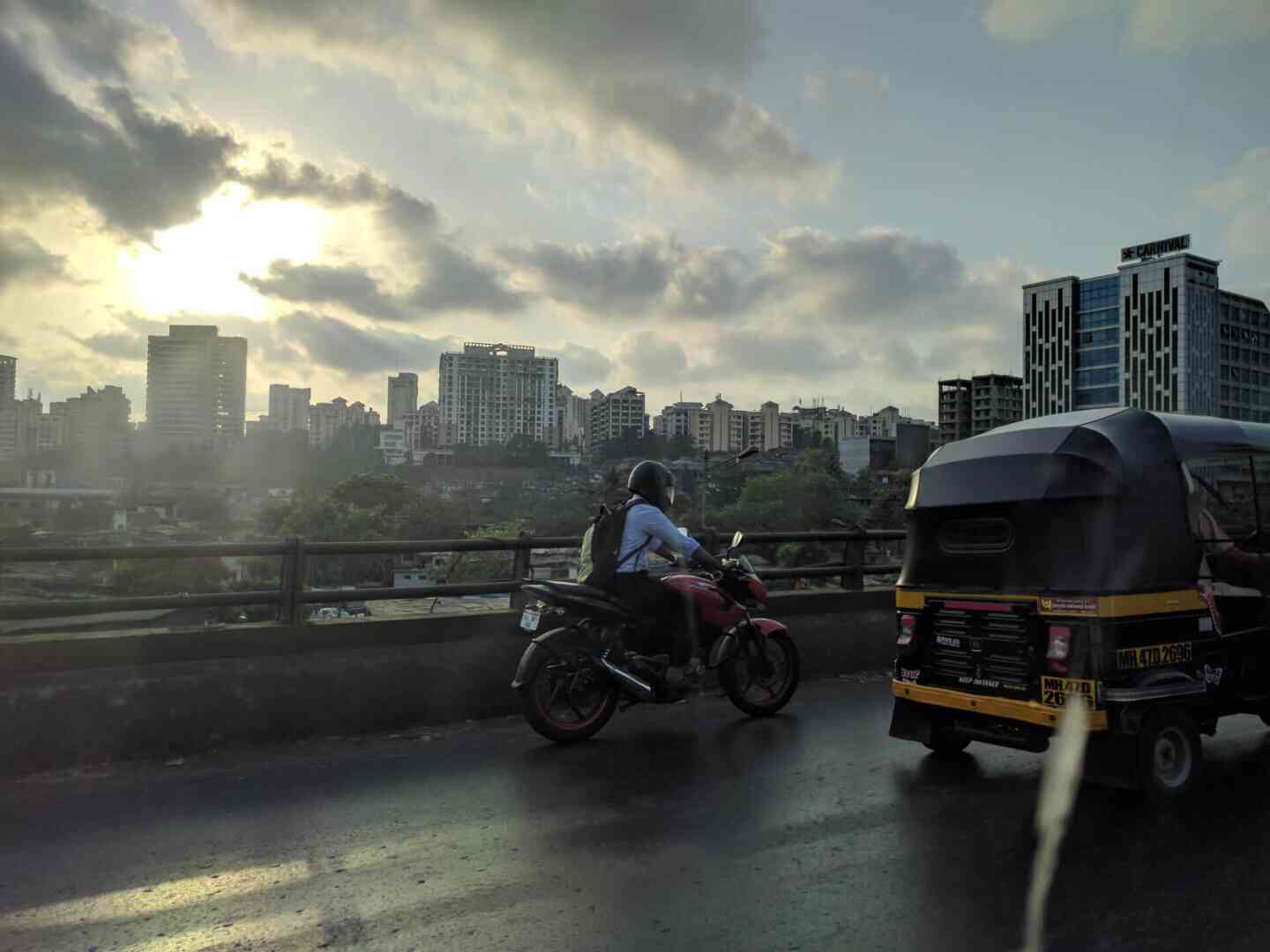 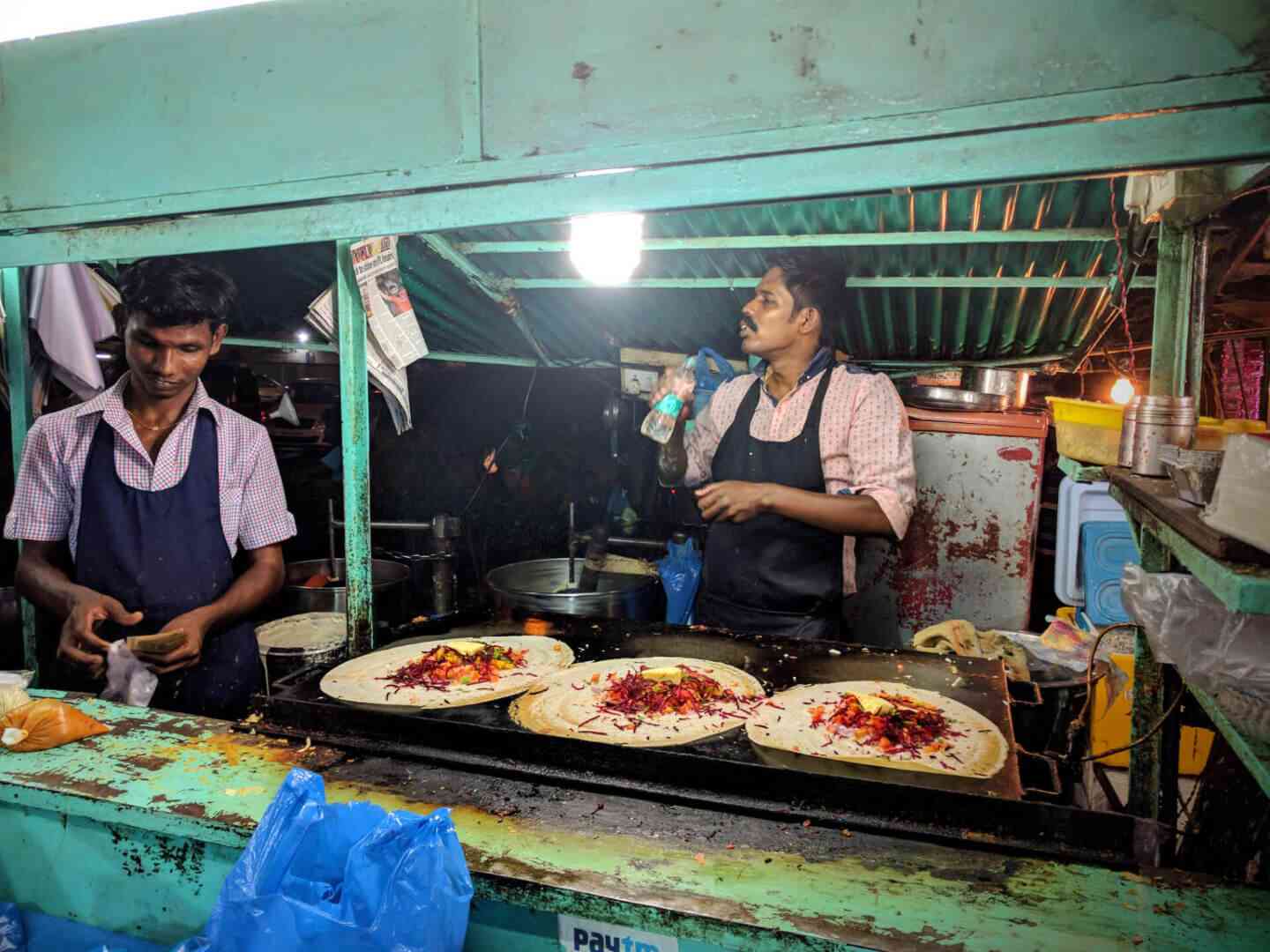 The amount of people is staggering, which results in the worst traffic I have ever seen. However as Arihant showed me, has the most delicious variety in food I have ever tasted. People are always ready to help you and after some time, you know how to get around!

When you are working remotely while traveling, you are very reliant on a decent internet connection. In India apparently, you can depend fully on mobile internet, rather than on wifi. Working together with Arihant has been a blast and gave some insights as to how others plan out their days.

I am very thankful to have had the opportunity to be introduced to his family, even cook with them, and to experience India as he does. Thanks Arihant!

In the last days in Mumbai, my friends from home decided to join me. After enjoying the market and various street food it was time to travel to Pune, to meet with Kushal.

In Mumbai I mostly worked from my Hotel. It had AC which is something you learn to appreciate when it's there. In Pune, Kushal arranged for a nice workplace at a flex workspace called Bootstart. While my friends updated their blogs, me and Kushal collaborated on and discussed GitLab. A typical workday in India. 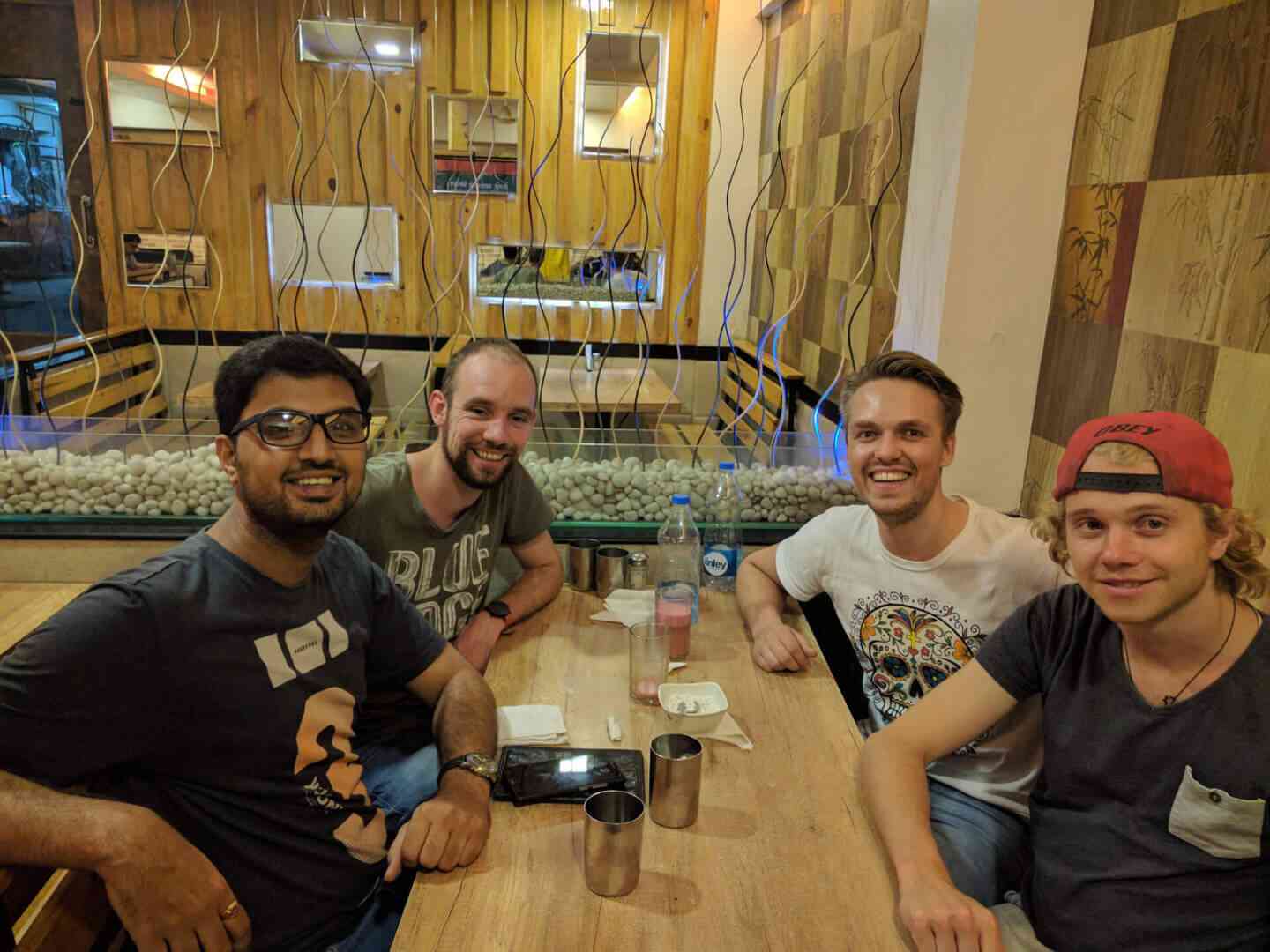 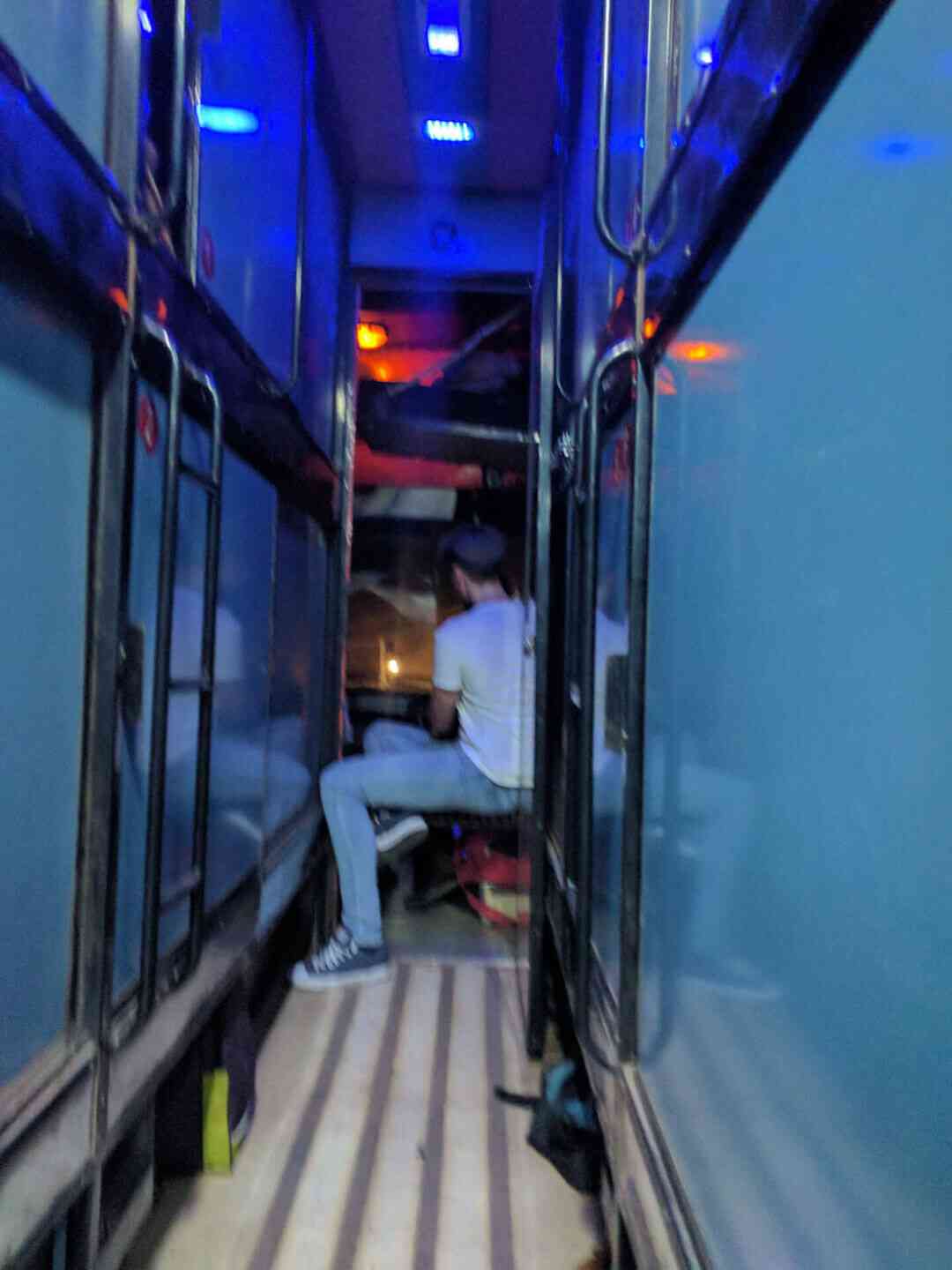 After a day with more awesome Indian food, me and my friends had to catch our bus to Goa. This seemed easy, but was in the end quite the adventure. Quickly having to move to various locations where the bus might stop, jumping in and out auto rickshaws (Indian tuk tuks), plus Kushal speaking with the bus driver in yet another language, resulted in. Thanks Kushal!

Just 12 hours and a flat tire later, we arrived in a Goa. This was my in between mini-holiday. Mainly having a good time with my friends and converting from a digital nomad to a backpacker.

This proved to be quite the change, in a fun way. Hostels instead of hotels, and the cheaper the better. Our first hostel was just 100 INR, which is around 1.5 USD! 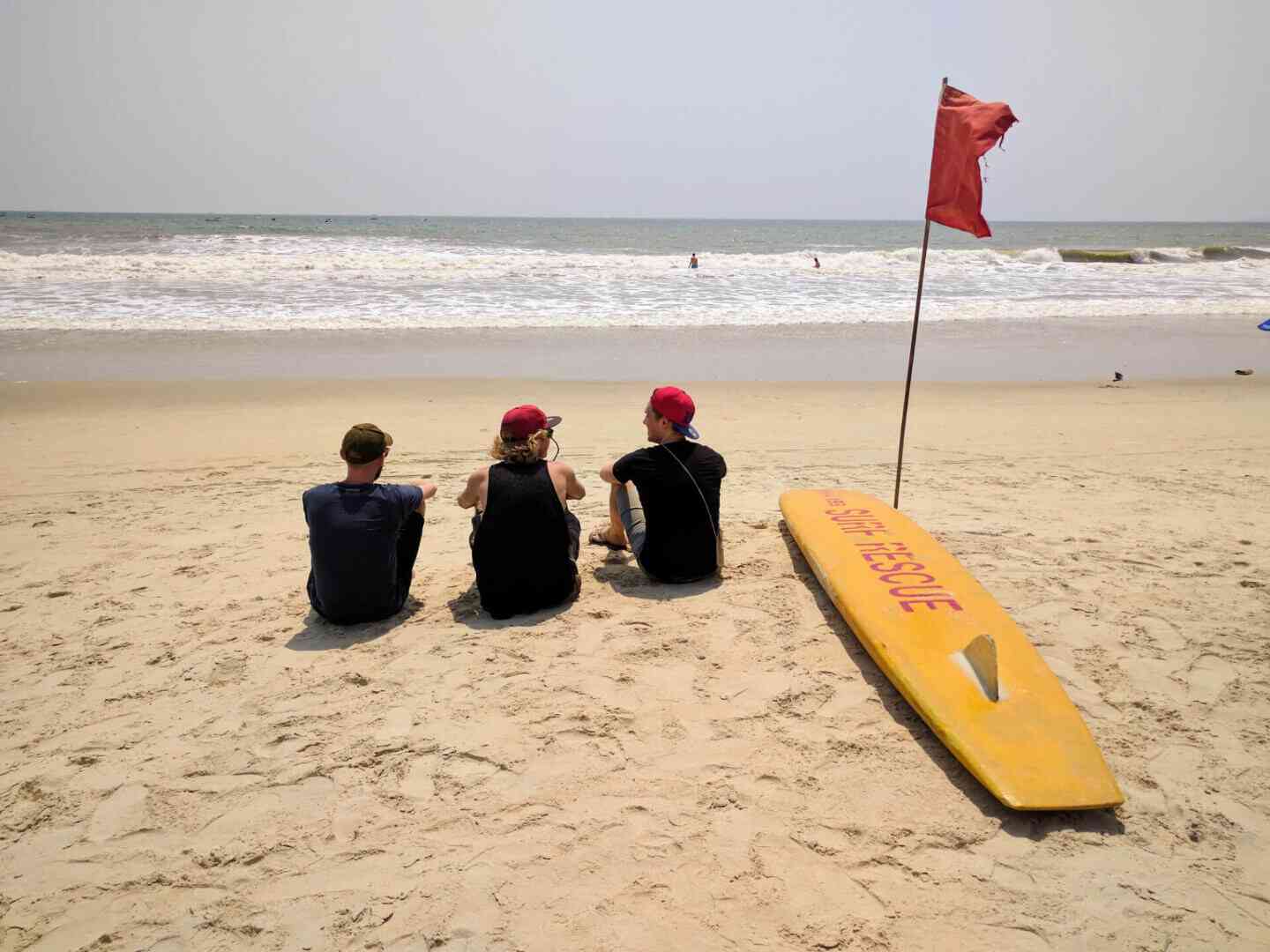 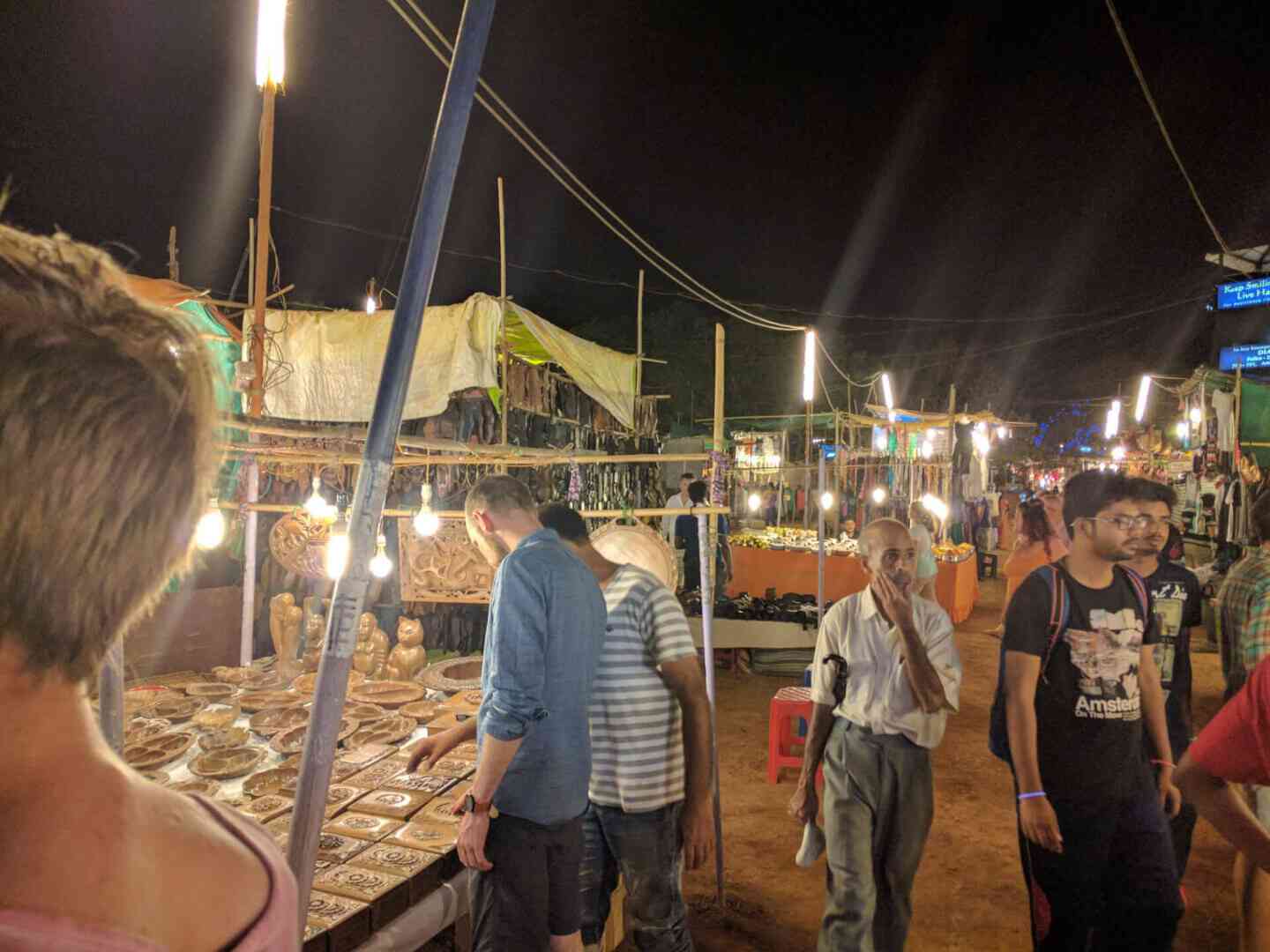 Swimming, clubbing and enjoying the sun. Meeting a lot of new people and driving around on scooters. Eating mango's falling right off the trees. Visiting night markets and getting all relaxed. Leaving the chaos of the big cities behind.

Time flies and I do too! Siem Reap, Cambodia was up next, with a small transit in Hyderabad and Singapore. Collen soon picked me up at the airport with a Cambodian Tuk tuk. Having met each other in Mexico, it was easy to fall into the same flow as back there. In other words, great times ahead. 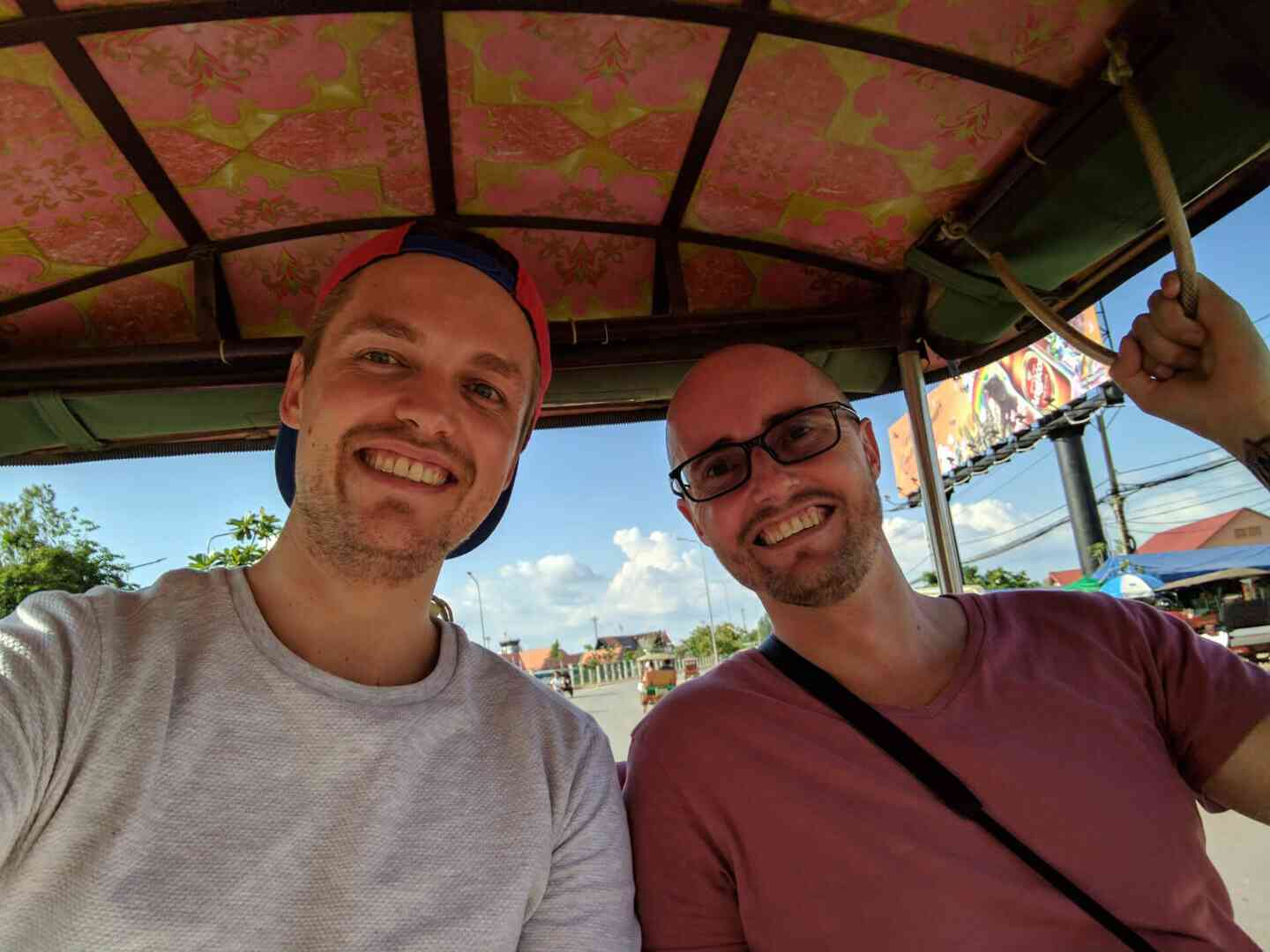 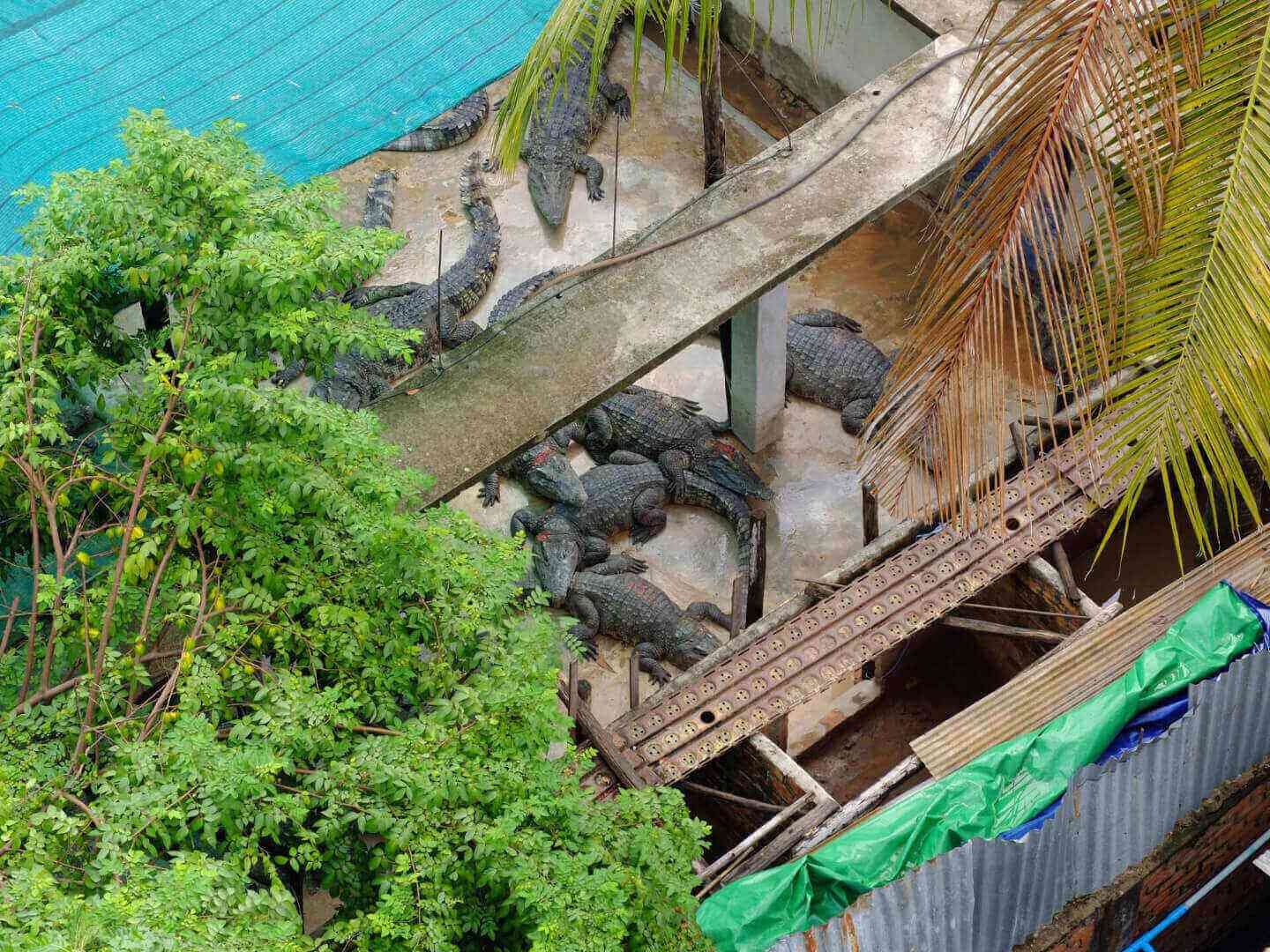 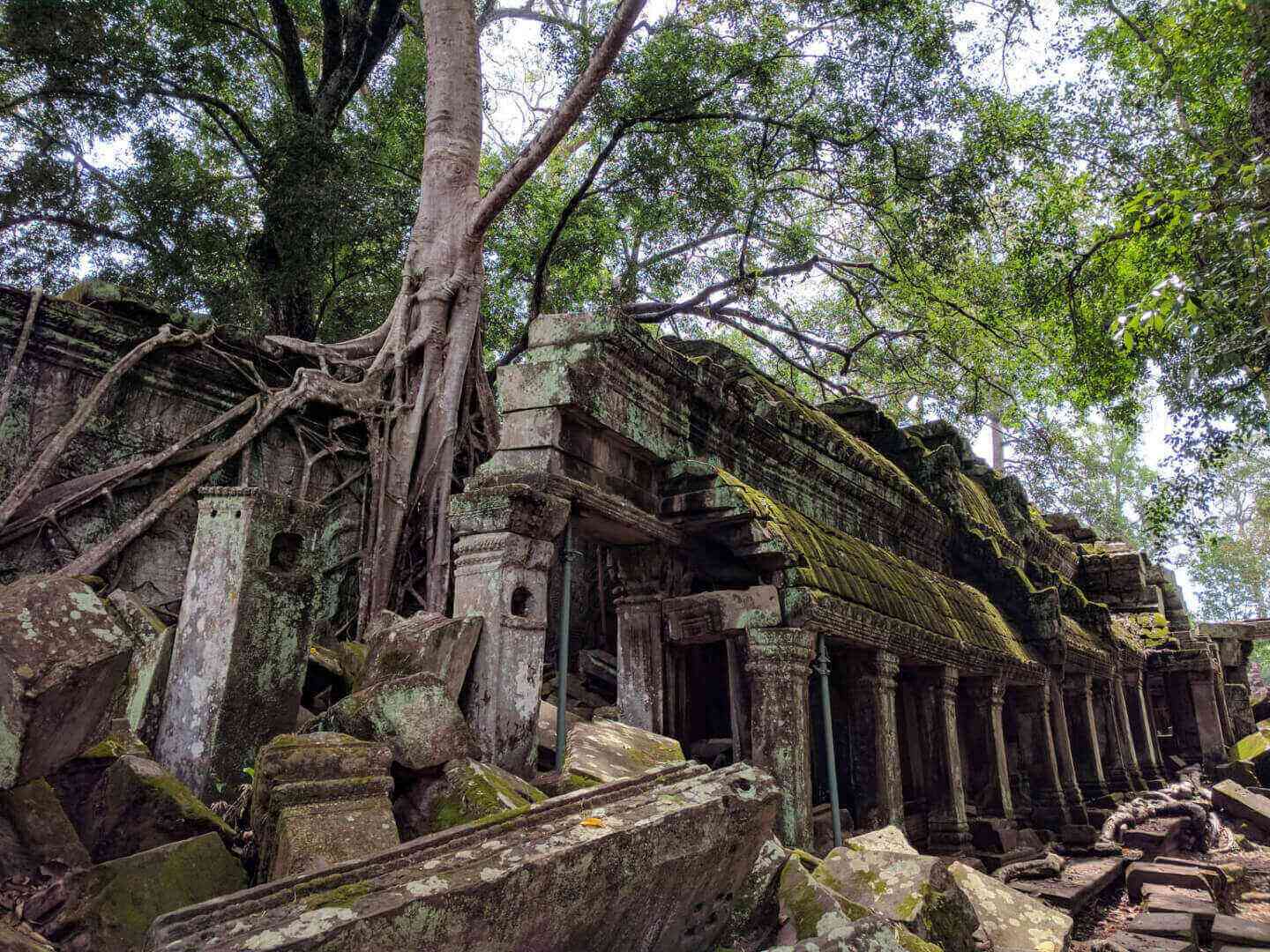 Cynthia, Collen's significant other, had arranged a wonderful AirBnb. Pure luxury after my time in Goa. Oh, and did I tell about our crocodile neighbours?

Soon I came to know this touristy little city booming with activity, by working together at the Angkor Hub, eating at various Australian food joints like this one, and going to the highlight of the area; Angkor Wat.

I would be the first to admit that this place is incredible. It is another ancient civilisation's legacy of which there are massive remains in the middle of the jungle. The sheer scale is enormous and captivating. Being used myself to the Roman and Celtic ruins scattered throughout Europe, this was an eye opener. Especially the old buildings covered with trees are a sight to behold.

All of this pleasantry must come to an end of course. Thanks for the awesome times Collen and Cynthia! 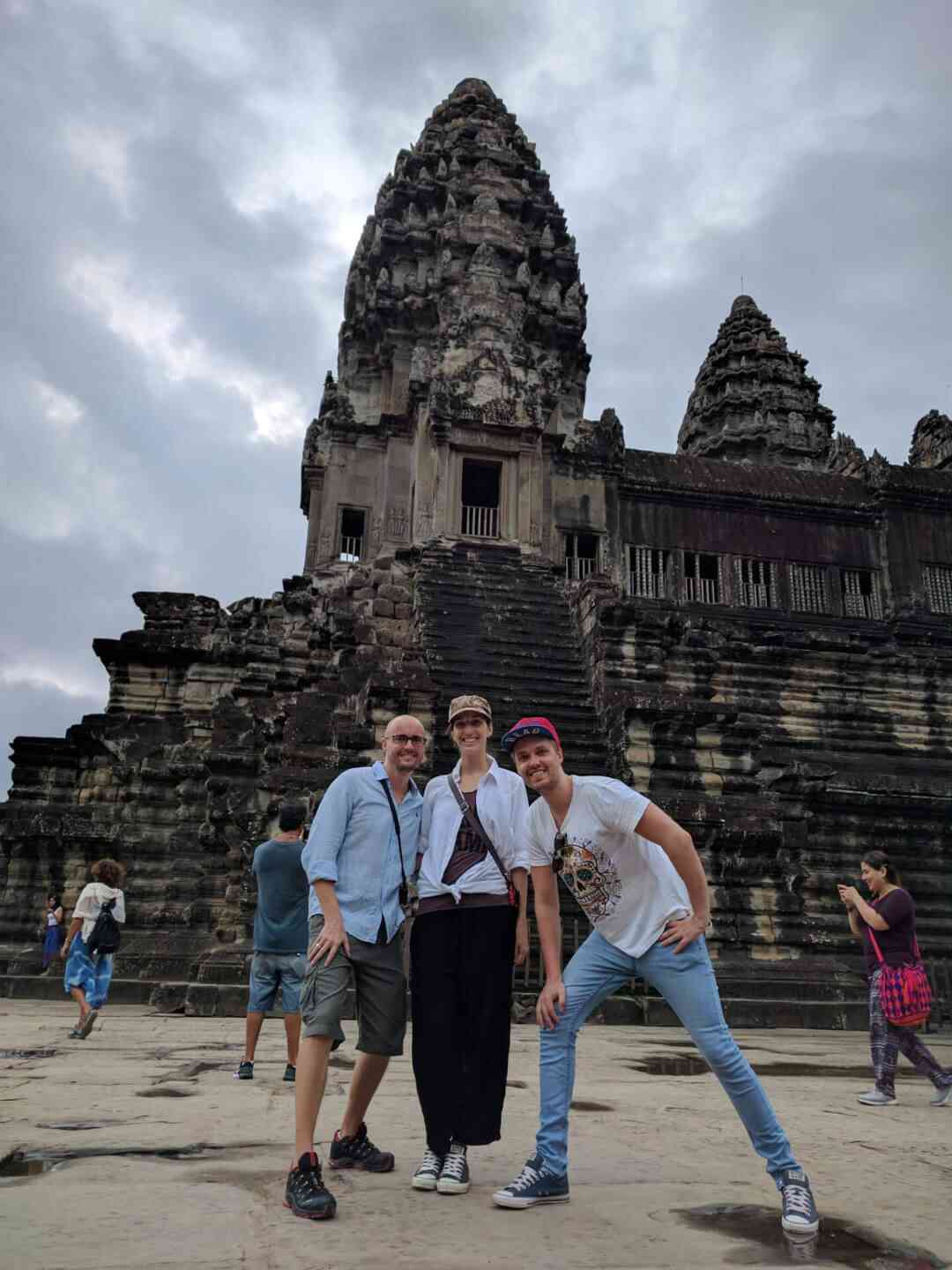 Last up my list was Taipei, Taiwan, with a small transit through Bangkok, Thailand. At the airport I met Patai, who was familiar with GitLab. With our flight being delayed, this was a nice way to kill the time and do a bit of evangelising. 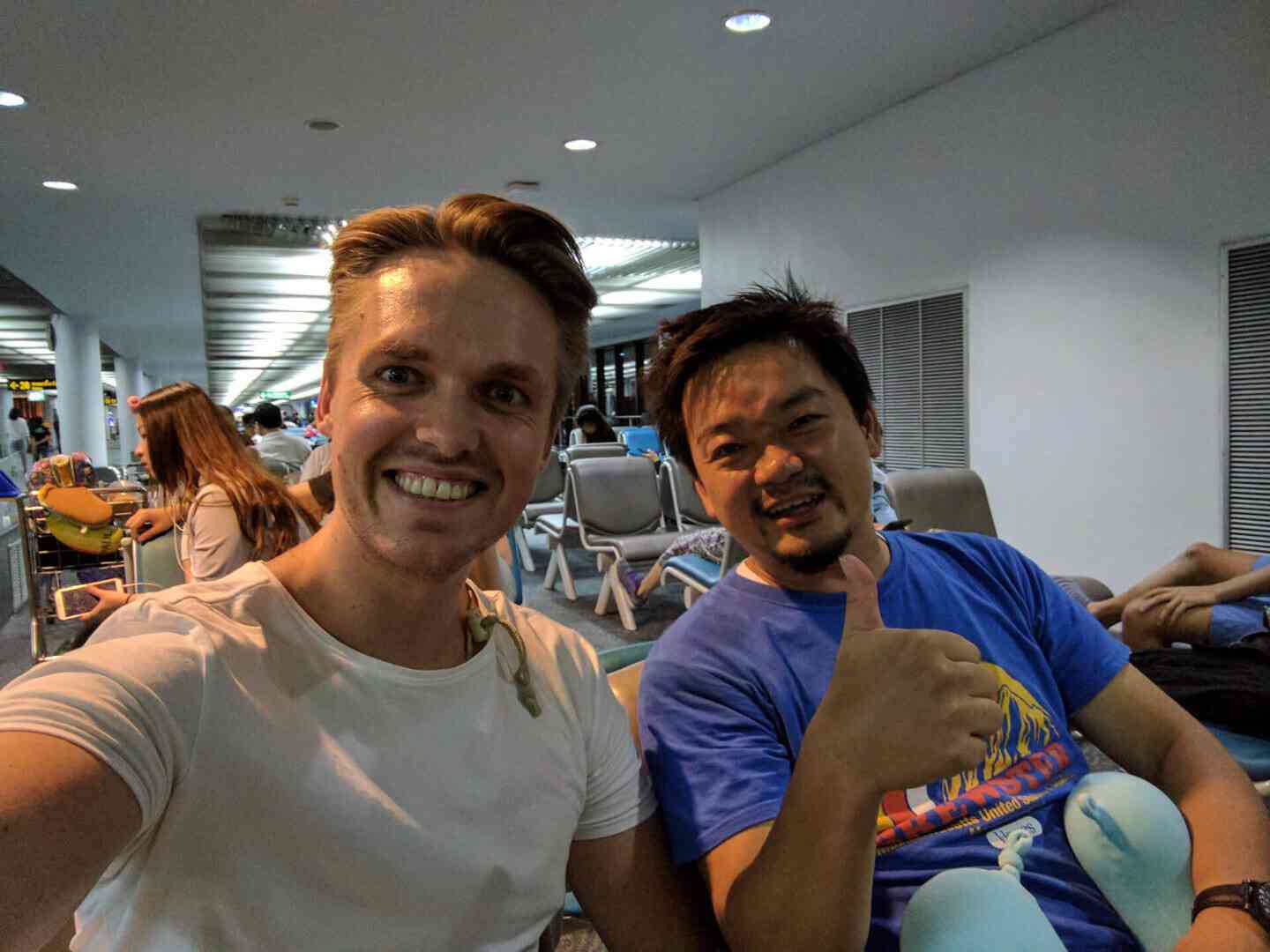 I arrived late at night and got fairly quickly to my Hostel, where I would stay the rest of my days in Taipei. Both the city and the Hostel were very modern, clear and approachable. I soon came to know about the excellent subway system and again lovely food.

The next day I met up with Hazel, which was a happy moment. Apparently, I was the first GitLab team-member she has ever met! Soon we were going about the city, sightseeing temples and local markets. After working together we even did some ice skating, which I love to do! 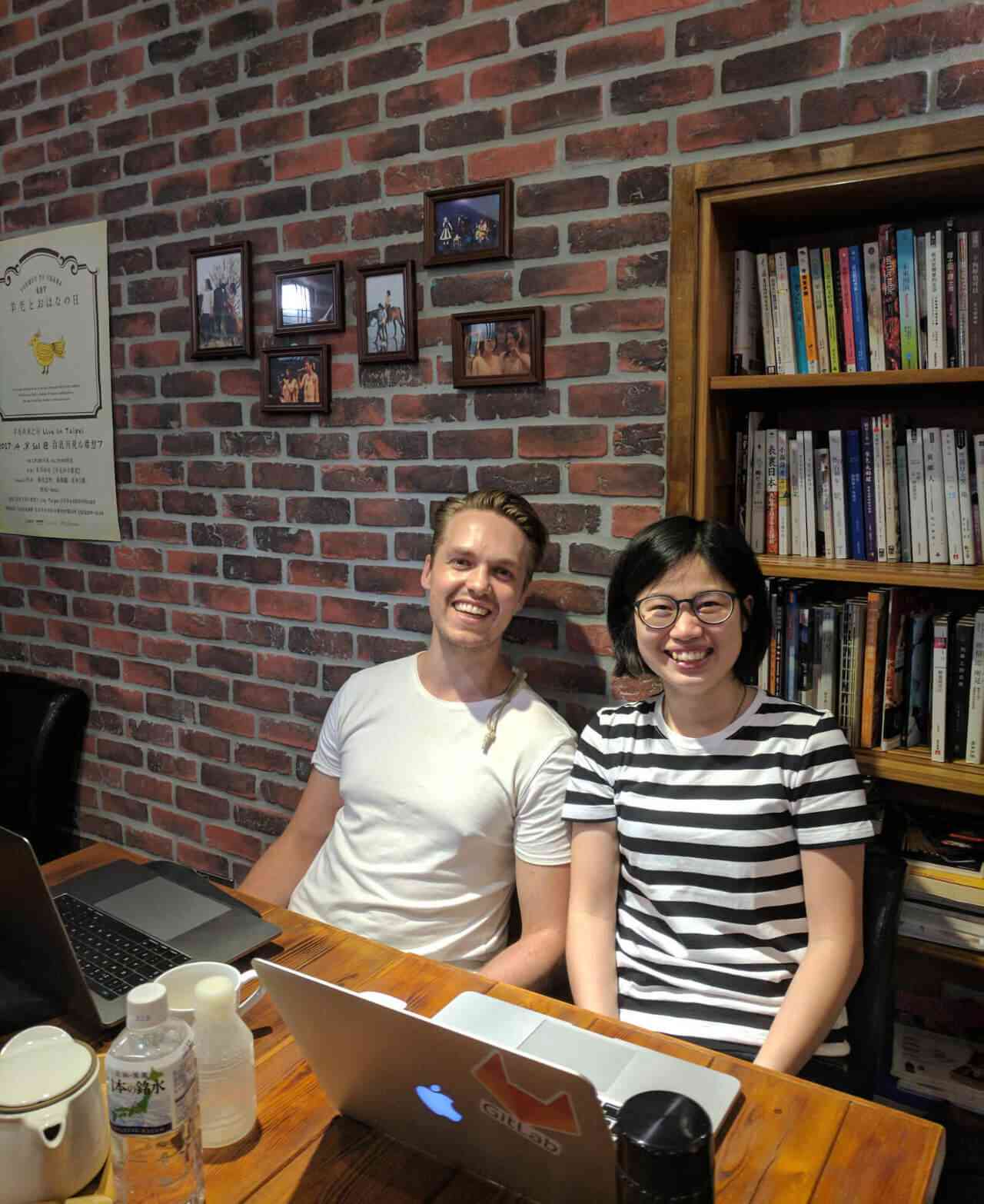 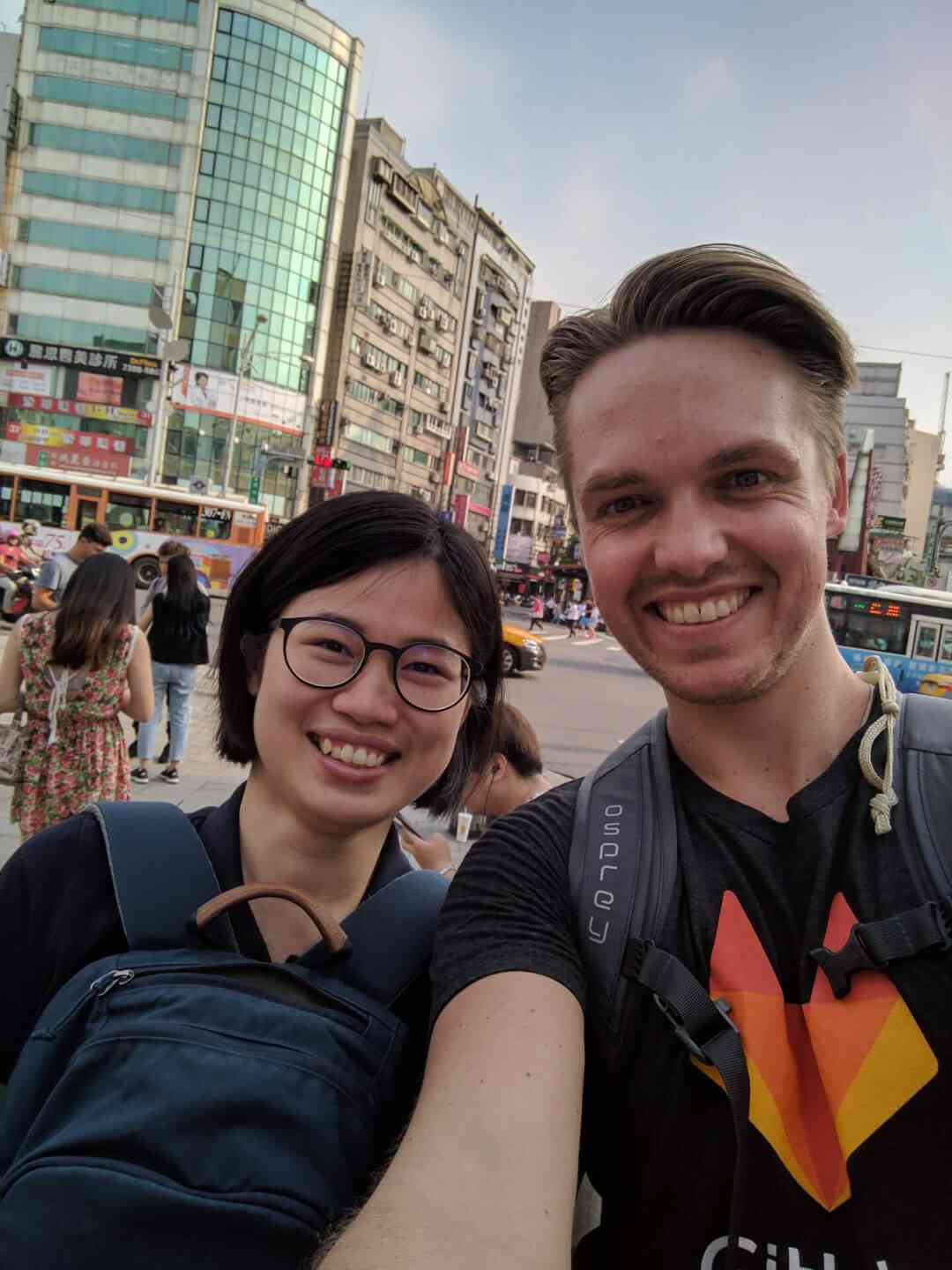 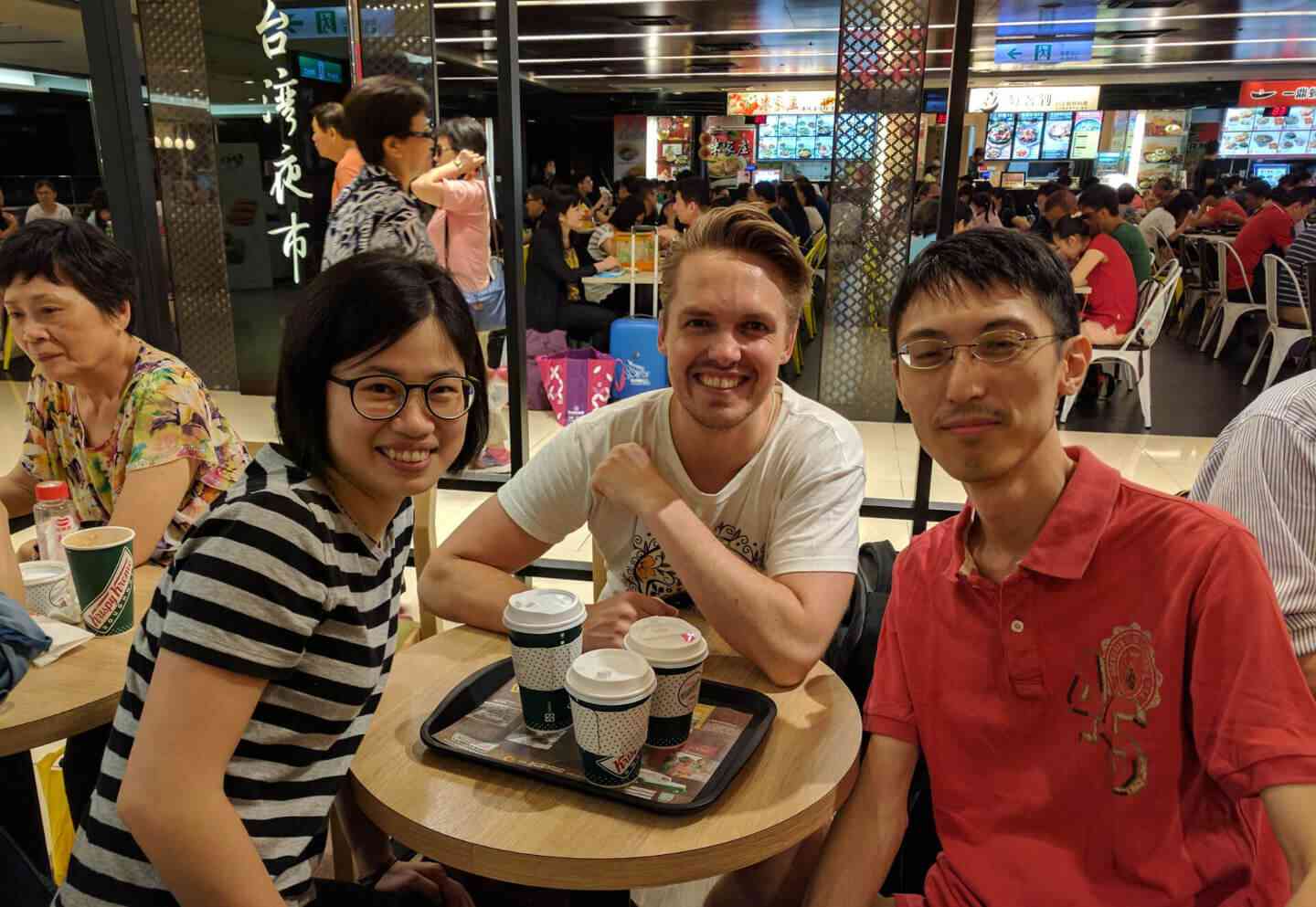 Jen-shin lives in the same city, another opportunity! As I was not feeling too well on that day, we saw some of the more controversial structures in the city. The original plan was to go to one of the many waterfalls around there. A good reason to return one day.

On the last day we all managed to meet up, making it so, that Hazel and Jen-shin finally met each other as well. In other words, interconnecting GitLab. Thanks Hazel and Jen-shin, for this awesome time together.

My way back, was a bit rough, with a transit time of 16 hours in Shanghai, China. It is strange how different the internet feels without services like Google, Facebook and so on, because of the great firewall of China. I can only say that, this was by far the worst online experience I have had throughout my trip. Time to step up China, openness is the answer!

Arriving back in the Netherlands, I quickly came to appreciate things that before went by unnoticed. This trip has opened up new insights into how things are and could be. Differences in culture and the way people live and work is what breathes character and what enriches the world. I hope we all interconnect even more, to see what great things are yet to be.

Looking at the complete journey I have made, it becomes clear that no distance is too big in order to connect, work together and have fun. It has been a life enriching experience for which I am happy and thankful to have had the opportunity. Thanks GitLab and all the people that I could visit and meet, it was an absolute pleasure to get to know each other.

A trip is not complete without finding what works and what doesn't. I want to see others succeed in working abroad as well, therefore I created a separate section in the GitLab handbook with tips and tools that I found most helpful on such journeys.

Do you love the GitLab way of working? Join our team!