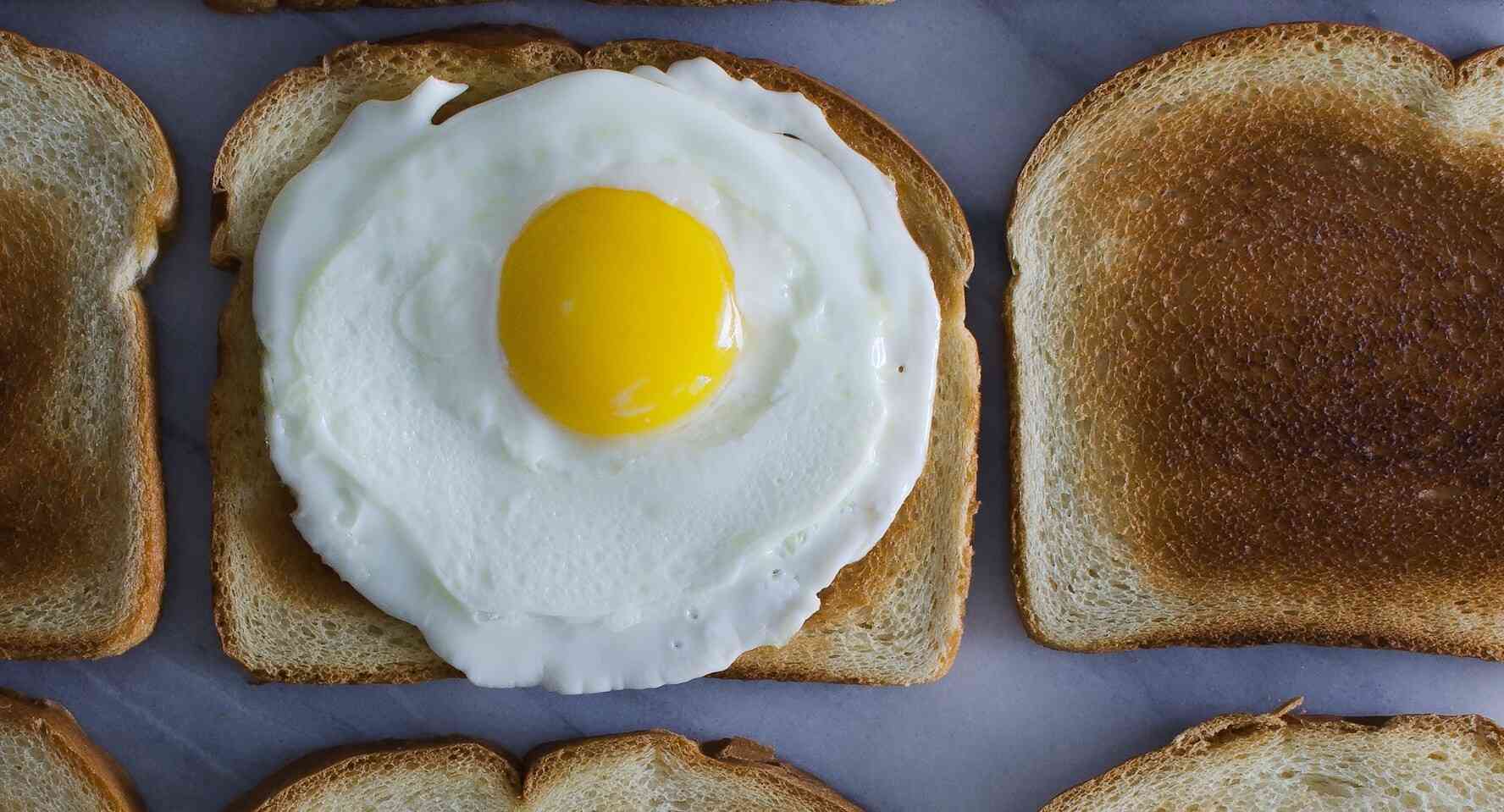 A big part of GitLab's culture is saying thanks to one another for doing a great job. That can be anything from helping with a tough technical problem to simply sharing a nice coffee chat to break up the work day. One day a Sales team member thanked someone from Customer Success for a great demo of GitLab CI/CD. The customer commented afterwards, "Okay, what doesn't GitLab do?"

Plenty of heart-themed emoji reactions followed. We've seen users do some pretty amazing things with GitLab CI/CD, from ramping up to weekly mobile releases to automating boring Git operations, to saving 90 percent on EC2 costs. However, there was one thing we hadn't seen. So in addition to this love, the question also garnered a semi-sarcastic answer:

It won't make breakfast for you, unfortunately.

Never one to let a Slack conversation go unnoticed, I replied with one of my favorite phrases:

I have to admit that the fact that my status was :coffee_parrot: could have been related to my enthusiastic reply…

At the time I had only a vague idea of how I would accomplish this. Many suggestions about Internet of Things devices followed my comment. And while a toaster with a version of Linux that will never be patched was intriguing, I wanted to do something bigger.

A few years ago some friends got together and bought me an Anova Sous Vide, knowing that I loved to cook. What they failed to calculate was that having four kids in eight years was counterproductive to learning the time-tested French cooking method of sous-vide. As such, the tool has not had a whole lot of use in its time.

However, at this point I thought of two things:

While I did like the egg bites from a coffee shop that shall remain nameless, I don't have them all the time. I would give them a 5- star rating, but they cost a few more bucks then I’d like to spend 😉 So I found a sous-vide egg bite recipe on Anova's website.

Once I had the recipe, all I needed was to reverse engineer the BLE connection, figure out how to get that to work from the command line, set up a project and get it integrated with GitLab CI/CD… no big deal. Luckily I found a fantastic project called PyCirculate that had already worked out a lot of the BLE connection issues with the Anova. It made me wonder if someone else had automated breakfast before… but I've yet to find them! 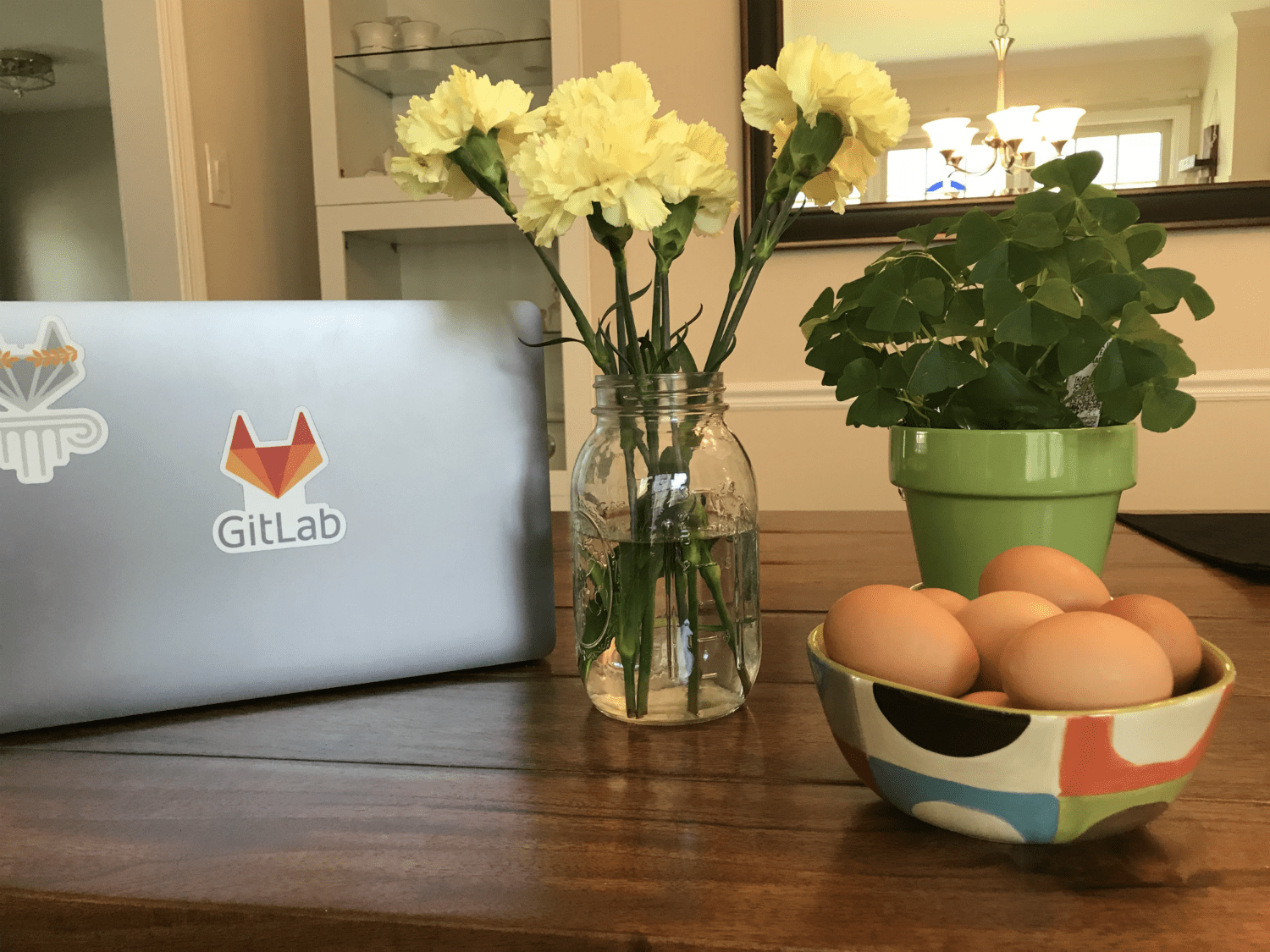 Now that I had both recipes and all the ingredients, it was time to *git* crackin'… (I can't tell you how happy I was when I thought of that joke. Did I mention I'm a dad?)

Setting up the breakfast pipeline

Once I had that project installed and working on my laptop, I uploaded the code to GitLab in the public repository in the auto-breakfast group. Next, I installed GitLab Runner on a RaspberryPi. I registered the Pi as a specific runner for my project. I used a runner tag so that I could ensure the cooking job only ran on a device with a Bluetooth connection.

When I run a pipeline on auto-breakfast/eggs it uses the RaspberryPi to execute and thus can create the BLE connection to the Anova. With the click of a button in GitLab, my breakfast pipeline was running. All I had to do was sit back, relax, and let GitLab CI/CD do all the work. 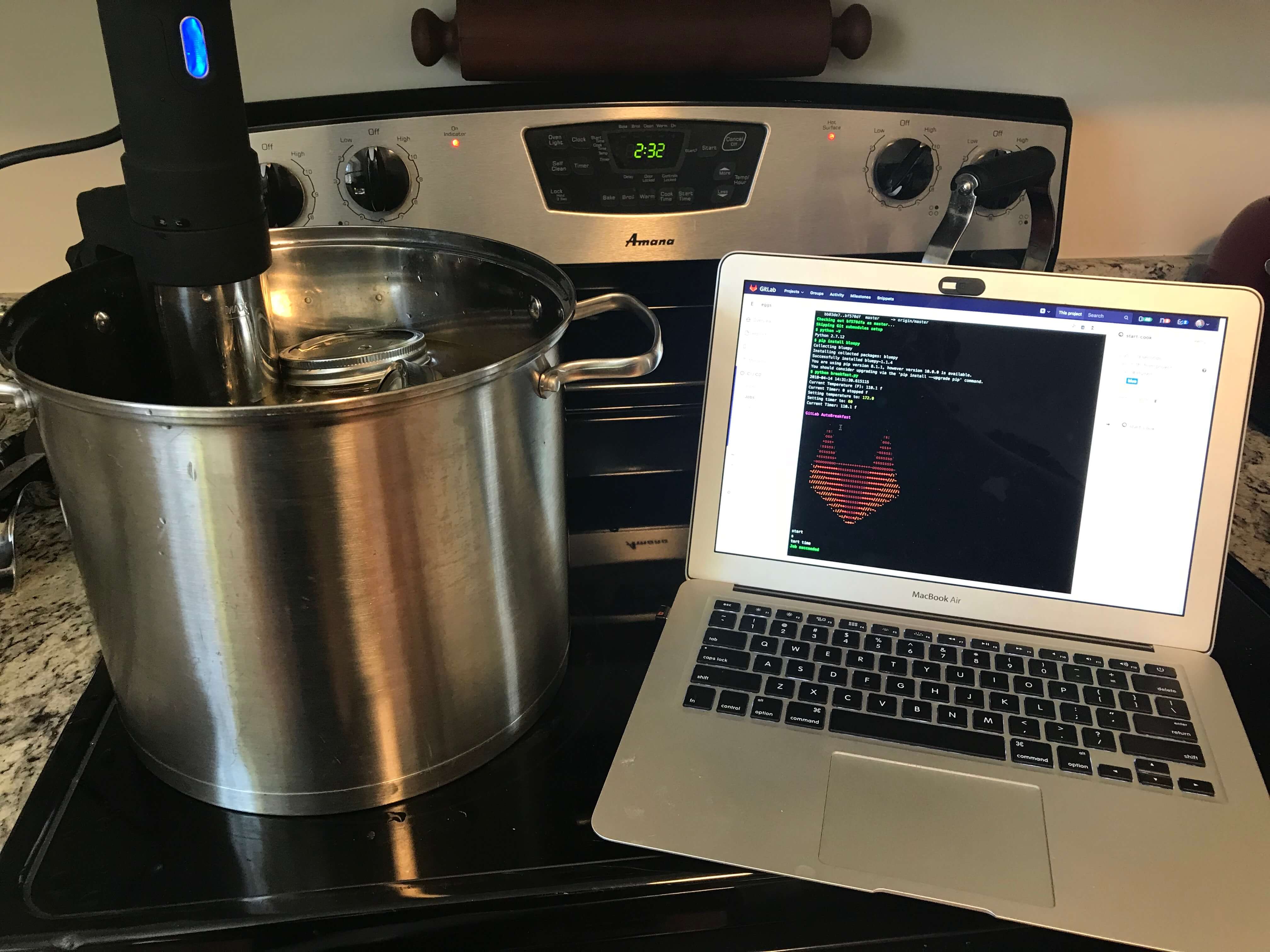 The egg bites were great! I even modified the recipe with some great Kerrygold Irish whiskey cheddar cheese. However, I would say that it did take a little more effort to get things set up. However, now that it's done, I have a repeatable, single-button way to cook the recipe again (minus the egg cracking and food processing). Just like CI/CD with a .gitlab-ci.yml can help make software build and deployment more reliable and repeatable, it can also make a fantastic breakfast 😎

Not pictured: A very messy kitchen and a very perplexed wife.

Photo by Leti Kugler on Unsplash