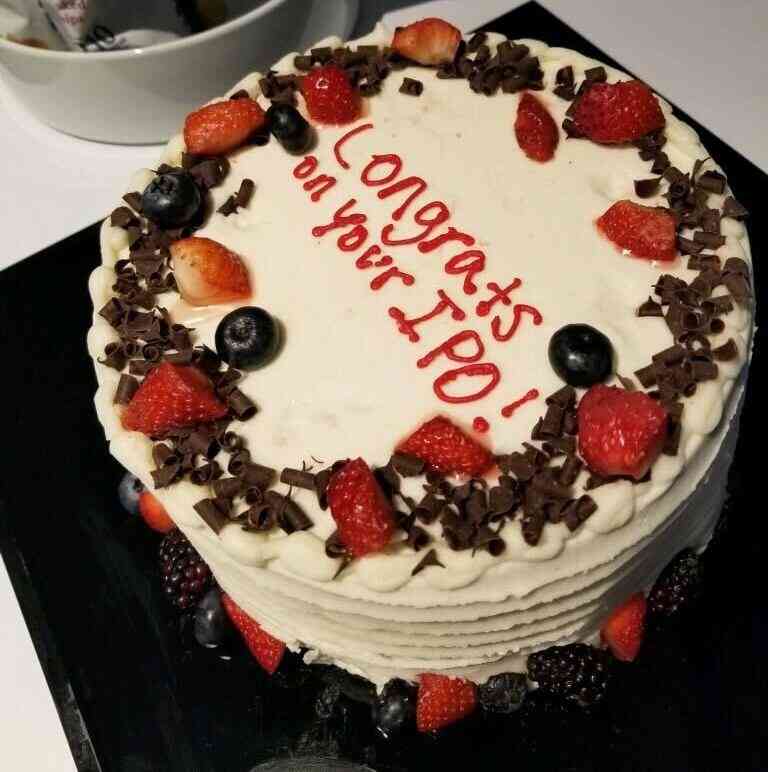 From one open source DevOps company to another, we want to congratulate HashiCorp on becoming a public company! In celebration of your debut in the public markets we sent you a cake!

GitLab and HashiCorp have been partners since 2019. And not only do we work well together, we have a lot in common: both companies have strong business models that are open-core providing both open-source and proprietary features for DevOps practitioners enabling them to create safer software faster. We may solve very different problems in the DevOps ecosystem, but that’s what makes us great partners.

HashiCorp: always ahead of the curve

Although co-founder Mitchell Hashimoto didn’t officially incorporate HashiCorp (named after him) until 2012, he was making contributions to the open source community from the time he was a teen. And it’s clear Mitchell and team approached the business with a fresh perspective: HashiCorp’s Vagrant was the first automated provisioning of developer environments, which was very useful for onboarding and demos. When Docker became more popular, Vagrant added a Docker provider, making it more usable, even with Docker and Docker Compose later around.

The team made another bold move in 2014, rolling out the HashiCorp configuration language (HCL) as an alternative to YAML. The step got developers talking and taking sides, but also thinking about what might work best.

All of those efforts led to perhaps the most ground-breaking part of HashiCorp’s strategy: Vault. The company’s solution that safely stores and controls access to tokens, secrets, API keys, and more, is not just successful, it’s revolutionary. HashiCorp has turned the idea of secrets keeping on its head, by not just allowing companies to store secrets away, but to also have to renew them regularly, kind of like changing the locks on your door on a regular schedule, rather than giving out lots of keys. Clearly this is a paradigm shift for security.

HashiCorp and GitLab together

Vault’s a breakthrough technology for HashiCorp (don’t forget you can use GitLab with Vault to set up GitLab OpenID connect for authentication or access your secrets securely in CI as variables) but it’s just one of many that we integrate with.

Terraform and the GitLab DevOps Platform

Terraform plays a critical role in GitLab’s GitOps/Infrastructure as Code (IaC) workflows, lowering the barriers to entry for teams to adopt Terraform while enabling them to use more stages on the DevOps platform. GitLab’s Terraform integration allows teams to manage the Terraform state in GitLab without external configuration backends.

We have created the GitLab Terraform Provider to manage resources on your GitLab instance like groups, projects, users, and more to improve productivity by eliminating an engineer’s dependence on provisioning requests.

Using GitLab as a Terraform Module Registry allows you to publish and reference private Terraform modules in your project’s infrastructure registry, ensuring it’s possible to reuse modules across projects securely. Along with our IaC security scanning as part of the verify stage, you can safely maintain your infrastructure with ease.

Terraform is used to manage all the environments of GitLab.com’s infrastructure in a single project, allowing collaboration across the entire engineering organization. It is also playing a critical role in our ongoing migration to Kubernetes. Want to deploy a stateful application quickly? GitLab’s five-minute production app template leverages the power of Terraform to get you from idea to production in minutes.

HashiCorp is a remote-first, distributed organization and publicly shares proven principles for everyone to learn. GitLab shares this passion for expanding access to opportunity, bolstering global communities, and building more inclusive workplaces where everyone can contribute.

We see the promise of the future

The successes of companies like GitLab and HashiCorp, as well as MongoDB and Confluent, on the open market show providing a free tier and commercial offering can be a highly profitable business model for open source technologies and we believe the DevOps market potential is just starting to be tapped.

In the words of Dave Bullock, former Director of engineering at Wag!: “We use GitLab with Terraform to test, review, save, and deploy all of our infrastructure as well as the application…The original idea was to just use GitLab as our CI platform. But as we built that out, we started using it for more and more tasks, and ended up using it for our full CI/CD pipeline.” This is an example of the power of the DevOps Platform. GitLab’s partnership with HashiCorp has made it easier for customers to use more stages of the DevOps Platform.

We’re joining the global chorus in wishing HashiCorp the best of luck with its public offering.