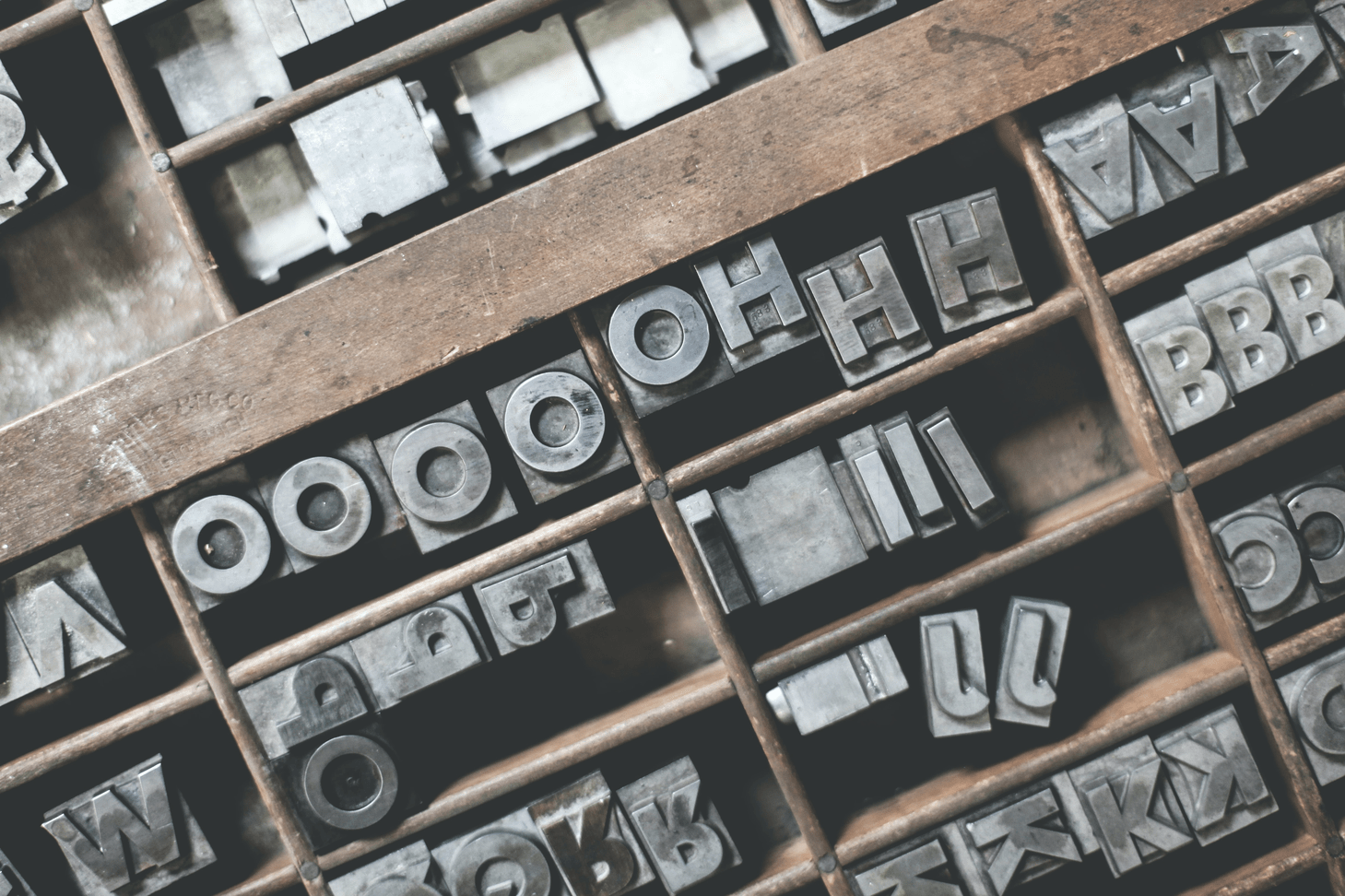 Domain Specific Languages (DSL) are small, focused languages with a narrow domain of applicability. DSLs are tailored towards their target domain so that domain experts can formalize ideas based on their knowledge and background.

This makes DSLs powerful tools that can be used for the purpose of increasing programmer efficiency by being more expressive in their target domain, compared to general purpose languages, and by providing concepts to reduce the cognitive load on their users.

You could solve the problem of summing up balances by using a general-purpose language such as Ruby as in the code snippet below. Apart from the fact that the code below is not very robust, it contains a lot of boilerplate that is irrelevant to the problem at hand, i.e., summing up the account balances.

Below is an example AWK script that solves the same problem. AWK is a DSL that was specifically designed to address problems related to text-processing.

The Ruby program has a size of 208 characters, whereas the AWK program has a size of 56. The AWK program is roughly 4x smaller than its Ruby counterpart. In addition, the AWK implementation is more robust by being less prone to glitches that may appear in the CSV file (e.g., empty newlines, wrongly formatted data-fields). The significant difference in terms of size illustrates that DSLs, by being more focused on solving specific problems, can make their users more productive by sparing them the burden to write boilerplate code and narrowing the focus of the language on the problem at hand.

Some popular DSLs most software developers use on a regular basis include Regular Expressions for pattern matching, AWK for text transformation or Standard Query Language for interacting with databases.

Prototyping, designing and evolving DSLs is a challenging process. In our experience this is an exploratory cycle where you constantly prototype ideas, incorporate them into the language, try them out in reality, collect feedback and improve the DSL based on the feedback.

When designing a DSL, there are many components that have to be implemented and evolved. At a very high level there are two main components: the language lexer/parser and the language processor. The lexer/parser is the component that accepts input as per the language definition which is usually specified specified by means of a language grammar. The parsing/lexing phase produces a syntax tree which is then passed onto the language processor. A language processor evaluates the syntax tree. In the example we saw earlier, we ran both the Ruby and AWK interpreters providing our scripts and the CSV file as input; both interpreters evaluated the scripts and this evaluation yielded the sum of all the account balances as a result.

Tools such as parser generators can significantly reduce the effort of lexer/parser development by means of code generation. Sophisticated DSL frameworks such as JetBrains MPS or Xtext also provide features that help implement custom language support in IDEs. However, if present at all, the support for building the language processors is usually limited to generating placeholders functions or boilerplate code for the language components that have to be filled-in by the DSL developer. Moreover, such large and powerful DSL frameworks usually have a fairly steep learning curve so that they are probably a better fit for more sophisticated DSLs as opposed to small, easily embeddable, focused languages, which we refer to as micro languages.

In some situations, it may be worth considering working around these problems by just relying on standard data exchange formats such as .toml, .yaml or .json as a means of configuration. Similar to the parser generators, using such a format may relieve some of the burden when it comes to parser development effort. However, this approach does not help when it comes to the implementation of the actual language processor. In addition, most standard data exchange formats are inherently limited to representing data in terms of simple concepts (such as lists, dictionaries, strings and numbers). This limitation can lead to bloated configuration files quickly as shown in the following example.

Imagine the development of a calculator that operates on integers using multiplication *, addition +. When using a data-description language like YAML in the example below, you can see that even a small simple term like 1 + 2 * 3 + 5 can be hard to reason about, and by adding more terms the configuration file would get bloated quickly.

This blog post is focused on the design of micro languages. The core idea is to provide a simple, extensible language core that can be easily extended with custom-types and custom functions; the language can evolve without having to touch the parser or the language processor. Instead, the DSL designer can just focus on the concepts that ought to be integrated into the DSL by implementing interfaces and "hooking" them into the core language implementation.

At GitLab, Go is one of our main programming languages and some of the tools we develop required their own, small, embeddable DSLs so that users could properly configure and interact with them.

Initially, we tried to integrate already existing, embeddable and expandable language implementations. Our only condition was that they had to be embeddable natively into a Go application. We explored several great free and open-source (FOSS) projects such as go-lua which is Lua VM implemented in Go, go-yeagi which provides a Go interpreter with which Go can be used as a scripting language or go-zygomys which is a LISP interpreter written in Go. However, these packages are essentially modules to integrate general-purpose languages on top of which a DSL could be built. These modules ended up being fairly complex. In contrast, we wanted to have basic support to design, implement, embed and evolve DSLs natively into a Go application that is flexible, small, simple/easy to grasp, evolve and adapt.

We were looking for a micro language framework with the properties listed below:

Since none of the available FOSS tools we looked at was able to fulfill all of those requirements, we developed our own micro language framework in Go called Lingo which stands for "LISP-based Domain Specific Languages (DSLs) in Go". Lingo is completely FOSS and available in the Lingo Git repository under the free and open source space of the Vulnerability Research Team.

Lingo provides a foundation for building DSLs based on Symbolic Expressions (S-expressions), i.e., expressions provided in the form of nested lists (f ...) where f can be considered as the placeholder that represents the function symbol. Using this format, the mathematical term we saw earlier could be written as S-expression (+ 1 (* 2 3) 5).

S-expressions are versatile and easy to process due to their uniformity. In addition, they can be used to represent both code and data in a consistent manner.

With regards to the Stability, Flexibility and Composability properties, Lingo provides a simple plug-in mechanism to add new functions as well as types without having to touch the core parser or language processor. From the perspective of the S-expression parser, the actual function symbol is essentially irrelevant with regards to the S-expression parsing. The language processor is just evaluating S-expressions and dispatching the execution to the interface implementations. These implementations are provided by the plug-ins based on the function symbol.

With regards to Simplicity, the Lingo code base is roughly 3K lines of pure Go code including the lexer/parser, an engine for code transformation, and the interpreter/evaluator. The small size should make it possible to understand the entirety of the implementation.

Readers that are interested in the technical details of Lingo itself can have a look at the README.md where the implementation details and the used theoretical foundations are explained. This blog post focuses on how Lingo can be used to build a DSL from scratch.

In this example we are designing a data-generation engine in Go using Lingo as a foundation. Our data generation engine may be used to generate structured input data for fuzzing or other application contexts. This example illustrates how you can use Lingo to create a language and the corresponding language processor. Going back to the example from the beginning, let us assume we would like to generate CSV files in the format we saw at the beginning covering account balances.

Our language includes the following functions:

For this example we are using Lingo to build the language and the language processor to automatically generate CSV output which we are going to feed back into the Ruby and AWK programs we saw in the introduction in order to perform a stress test on them.

We refer to our new language/tool as Random Text Generator (RTG) .rtg. Below is a sample script script.rtg we'd like our program to digest in order to randomly generate CSV files. As you can see in the example below, we are joining sub-strings starting with the CSV header name, balance after which we randomly generate 10 lines of names and balance amounts. In between, we also randomly generate some empty lines.

Our engine takes the script above written in RTG and generates random CSV content. Below is an example CSV file generated from this script.

For the remainder of this section, we explore how we can implement a data generation engine based on Lingo. The implementation of RTG requires the two main ingredients: (1) a float data type and a result object to integrate a float representation and (2) implementations for the times, oneof, genfloat and join functions.

In addition, we also require a result object which we can use to pass around float values. This is an interface implementation where most of the functions names are self-explanatory. The important bit is the Type function that returns our custom float type we introduced in the last snippet.

Similar to the data type and return object, implementation of a DSL function is as simple as implementing an interface. In the example below we implement the genfloat function as an example. The most important parts are the Symbol(), Validate() and Evaluate() functions. The Symbol() function returns the function symbol which is genfloat in this particular case.

Both, the Validate() and Evaluate() functions take the environment env and the parameter Stack stack as the parameter. The environment is used to store intermediate results which is useful when declaring/defining variables. The stack includes the input parameters of the function. For (genfloat 0 10000), the stack would consist out of two IntResult parameters 0 and 10000 where IntResult is a standard result object already provided by the core implementation of Lingo. Validate() makes sure that the parameter can be digested by the function at hand, whereas Evaluate() actually invokes the function. In this particular case, we are generating a float value within the specified range and return the corresponding FloatResult.

Putting it all together

After implementing all the functions, we only have to register/integrate them (eval.HookFunction(...)) so that Lingo properly resolves them when processing the program. In the example below, we are registering all of the custom functions we implemented, i.e., times, oneof, join, genfloat. The main() function in the example below includes the code required to evaluate our script script.rtg.

The source code for RTG is available here. You can find information about how to build and run the tool in the README.md.

With approx. 300 lines of Go code, we have successfully designed a language and implemented a language processor. We can now use RTG to test the robustness of the Ruby (computebalance.rb) and AWK scripts (computebalance.awk) we used at the beginning to sum up account balances.

The experiment above shows that the files generated by means of RTG can be properly digested by the AWK script which is much more robust since it can cope with the all generated CSV files. In contrast, executing of the Ruby script results in errors because it cannot properly cope with newlines as they appear in the CSV file.