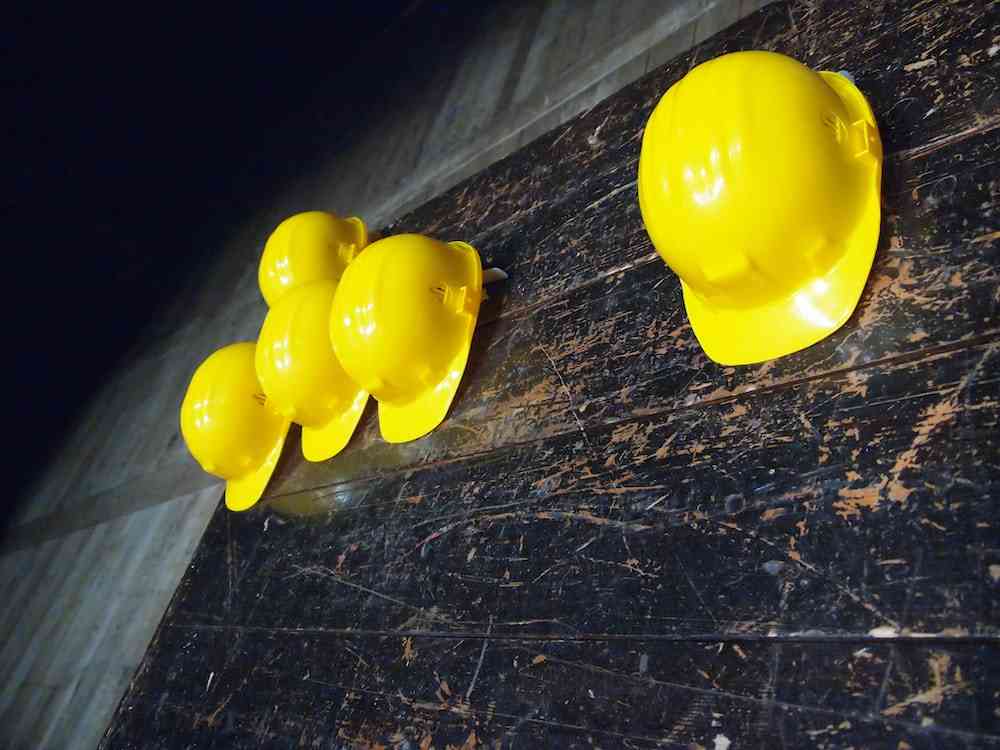 GitLab 14.0 is coming to GitLab.com. Along with the exciting new features, it also includes planned deprecations because it is the major version release for 2021. We try to minimize breaking changes, but some changes are needed to improve workflows, performance, scalability, and more.

These changes will go live on GitLab.com sometime between May 23 – June 22, through our daily deployments, leading up to the official release of 14.0 on June 22. Keep reading to learn more about these important changes.

In accordance with our GraphQL deprecation process, the following fields, enum names, and mutation aliases that were deprecated on or before GitLab version 13.6 are permanently removed from our GraphQL API in 14.0.

Enums (each replaced by the upper-case version, such as updated_desc -> UPDATED_DESC):

For mutation aliases, the concern name isn't as important as the name of the mutation itself. While you can't use this particular name anymore, we provide alternatives in our GraphQL documentation.

Every Git repository has an initial branch, which is the first branch that is automatically generated when you create a new repository. By default, this initial branch is named master. In Git version 2.31.0 – released March 15th, 2021 – the default Git branch name changed to main. In coordination with the Git project and the broader community, GitLab is changing the default branch name for new projects on both our SaaS (GitLab.com) and self-managed offerings, starting with GitLab 14.0.

If you use the local or sql primary electors, we recommend you update to the per_repository election strategy as soon as possible. Read the migration documentation to learn more.

GitLab 14.0 deprecates the OAuth 2 implicit grant flow, as it has been removed for OAuth 2.1.

Starting in GitLab 14.0, expired SSH keys added to GitLab are disabled by default. This changes the current behavior, which allows expired SSH keys to be used unless explicitly disabled by an administrator. Administrators can still allow the use of expired keys in the same way as they can override expiration settings for personal access tokens.

To better support the latest versions of Ruby, we are changing the default Rubocop version to add support for Ruby 2.4 through 3.0. Support for Ruby 2.1, 2.2, and 2.3 is dropped as a result of this change. To enable support for older versions, customize your configuration. Read the relevant issue "Default codeclimate-rubocop engine does not support Ruby 2.6+"" to learn more about this change.

The Ruby.gitlab-ci.yml template contains changes to better support new versions of Ruby. Previously, the Ruby.gitlab-ci.yml file included Ruby 2.5. To better support the latest versions of Ruby, the template now uses ruby:latest, which is currently Ruby 3.0. Read the ruby-lang.org release announcement to learn more about the changes to Ruby, and explore our relevant issue, "Updates Ruby version 2.5 to 3.0" to learn more about the change.

In GitLab Runner 14.0, the installation process ignores the skel directory by default when creating the user's home directory. For more details about this breaking change, read the deprecation issue.

Beginning in GitLab Runner 14.0, newly registered Windows Runners default to adding PowerShell Core (pwsh) as the default shell in the config.toml file, instead of the legacy Windows PowerShell (powershell).

The v1 and v2 versions are not backward compatible, so your project might encounter an unexpected failure if you already have a deployed application. Please follow the upgrade guide to upgrade your environments. You can also start using the latest template today by following the early adoption guide.

Legacy feature flags became read-only in GitLab 13.4, and GitLab 14.0 removes support for them. You must migrate your legacy feature flags to the new version, as described in the documentation. Watch the video tutorial below for help with the migration:

Empty container registries will have the cleanup policies turned off

This change significantly improves the performance and reliability of the feature and allows us to prioritize exciting usability features like a preview-run, as proposed in the issue, "Expiration policy dry-run and forced run".

If this change affects you, you can easily enable the feature again by following the steps in the documentation.

GitLab 13.7 deprecated the one-click install of GitLab Managed Apps, and GitLab 14.0 removes them entirely. Although GitLab Managed Apps made it easy to start deploying to Kubernetes from GitLab, feedback from the community was that they were not flexible or customizable enough for real-world Kubernetes applications. Our new direction focuses on installing apps on Kubernetes with GitLab CI/CD to provide a better balance between ease-of-use and extensive customization.

This removal does not affect how existing managed applications run inside your cluster. However, you no longer can update or modify those applications in the GitLab UI.

We recommend cluster administrators to migrate any existing managed applications to the project template.

GitLab 14.0 renews the Terraform CI/CD template to the latest version. The new template is set up for the GitLab Managed Terraform state. It includes a dependency on the GitLab terraform-images image to improve the user experience with GitLab's Infrastructure as Code features.

Since the current stable and latest templates are incompatible, and the latest template becomes the stable template GitLab 14.0, your Terraform pipeline might encounter an unexpected failure if you run a custom init job.

In GitLab 14.0, Auto Build now defaults to Cloud Native Buildpacks instead of Herokuish when no Dockerfile is present. Users depending on the /bin/herokuish binary provided by Herokuish should either change their deployments to use /cnb/lifecycle/launcher instead of /bin/herokuish exec, or opt-out of using Cloud Native Buildpacks, by setting the CI variable AUTO_BUILD_IMAGE_CNB_ENABLED to false.

Removals for SAST and Secret Detection

This release also removes the secret_detection_default_branch job in our managed Secret-Detection.gitlab-ci.yml template to reduce CI complexity.

To exclude a DS analyzer previously you needed to remove it from the default list of analyzers and use that to set the DS_DEFAULT_ANALYZERS variable in your project’s CI template. We determined it should be easier to avoid running a particular analyzer without losing the benefit of newly added analyzers. Now you should be able to migrate from DS_DEFAULT_ANALYZERS to DS_EXCLUDED_ANALYZERS as described in the documentation. Read more about the change in relevant issue, the 13.9 release post, and the relevant blog post.

GitLab 13.8 renamed multiple environment variables to support broader usage in different workflows. GitLab 14.0 permanently removes these variables, and they no longer work. If you use the old variables in your configuration it's time to update to the new variable names. Any scans using these variables in GitLab 14.0 and later will fail to be configured correctly:

GitLab's Web Application Firewall (WAF) was deprecated in GitLab 13.6. GitLab 14.0 removes the WAF on June 22, 2021. GitLab's WAF had limitations inherent in the architectural design that made it difficult to meet the requirements traditionally expected of a WAF. By deprecating and removing the WAF, GitLab can focus on improving other areas in the product to provide more value to users.

If you currently rely on GitLab's WAF, we recommend you continue to use the free and open source ModSecurity project, which is independent from GitLab. More details are available in the deprecation issue.

Prior to GitLab 14.0, GitLab used the open-source Clair engine for container scanning. Clair was deprecated in GitLab 13.9, and GitLab 14.0 replaces Clair with Trivy. If you use any GitLab 13.x release, you can continue to use Clair without making any changes to your CI files – however, GitLab will no longer update or maintain that scanning engine.

Beginning in the 14.0 release Trivy becomes the new default scanner and receives regular updates and the latest features. You should review their CI files in advance of the 14.0 release and follow these instructions to ensure your container scanning jobs continue to work. You can provide feedback and get additional details about the change to Trivy on our open deprecation issue.

GitLab 14.0 removes all migrations that were added before the GitLab 13.12 release. Instances Running GitLab 13.11 or under must be upgraded to GitLab 13.12 before upgrading to GitLab 14.0, otherwise you may need to recreate your Advanced Search index. You can find more information about the process of deleting migrations in our Elasticsearch development documentation.

Some people use the project API to upload large binaries to link in the Release pages. This API was originally intended only to share attachments in issues or merge requests, and should have been subject to the configured maximum attachment size (10 MB by default). GitLab 14.0 enforces the size limit, and uploads that exceed this limit now fail with a 413 Entity Too Large error. Files that already uploaded remain downloadable.

Some users are pulling data from the list project deployments API endpoint to populate a custom-built dashboard. There is no way to restrict the API results to display only the latest changes. To overcome this, you must retrieve all records, check them one-by-one, and process only the records updated after the latest updated_at value in the last batch retrieved.

GitLab 14.0 changes this API to make this process more efficient and performant:

Limit projects returned in GET /groups/:id/

GitLab Runner was previously updated to change how it communicates with GitLab. Some internal code is no longer in use, and GitLab 14.0 deprecates this unused code. Make sure your GitLab Runner version matches your GitLab version to ensure consistent behavior.

The first release of the DevOps Adoption report had a concept of "segments". Segments were quickly removed from the report because they introduced an additional layer of complexity on top of "groups" and "projects". Subsequent iterations of the DevOps Adoption report focuses on comparing adoption across groups rather than segments. GitLab 14.0 removes all references to "segments" in the GraphQL API and replaces them with "groups".

“Learn more about the features that will be deprecated in @GitLab 14.0” – Orit Golowinski