In this post we look back on a series of projects from the Scalability team that improved GitLab server-side efficiency for serving Git fetch traffic. In the benchmark described below we saw a 9x reduction in GitLab server CPU utilization. Most of the performance comes from the Gitaly pack-objects cache, which has proven very effective at reducing the Gitaly server load caused by highly concurrent CI pipelines.

These changes are not user-visible but they benefit the stability and availability of GitLab.com. If you manage a GitLab instance yourself you may want to enable the pack-objects cache on your instance too.

We discuss how we achieved these improvements in part 2.

Within the GitLab application, Gitaly is the component that acts as a remote procedure call (RPC) server for Git repositories. On GitLab.com, repositories are stored on persistent disks attached to dedicated Gitaly servers, and the rest of the application accesses repositories by making RPC calls to Gitaly.

In 2020 we encountered several incidents on GitLab.com caused by the fact that our Gitaly server infrastructure could not handle the Git fetch traffic generated by CI on our own main repository, gitlab-org/gitlab. The only reason the situation at the time worked was because we had a custom CI caching solution for gitlab-org/gitlab only, commonly referred to as the "CI pre-clone script".

This system was very effective. Our CI pipelines run against shallow Git clones of gitlab-org/gitlab, which require over 100MB of data to be transfered per CI job. Because of the CI pre-clone script, the amount of Git data per job was closer to 1MB. The rest of the data was already there because of the tarball. The amount of repository data downloaded by each CI job stayed the same, but only 1% of this data had to come from a Gitaly server. This saved a lot of computation and bandwidth on the Gitaly server hosting gitlab-org/gitlab.

Although this solution worked well, it had a number of downsides.

The biggest issue really was that one year on, the CI pre-clone script had not evolved from a custom one-off solution into an easy to use feature for everyone.

To illustrate what has changed we have created a benchmark. We set up a GitLab server with a clone of gitlab-org/gitlab on it, and we configured a client machine to perform 20 simultaneous shallow clones of the same commit using Git HTTP.1 This simulates having a CI pipeline with 20 parallel jobs. The pack data is about 87MB so in terms of bandwidth, we are transferring 20 * 87 = 1740MB of data.

We did this experiment with two GitLab servers. Both were Google Compute Engine c2-standard-8 virtual machines with 8 CPU cores and 32GB RAM. The operating system was Ubuntu 20.04 and we installed GitLab using our Omnibus packages.

The 30-second Perf flamegraph below was captured at 99Hz across all CPU's. 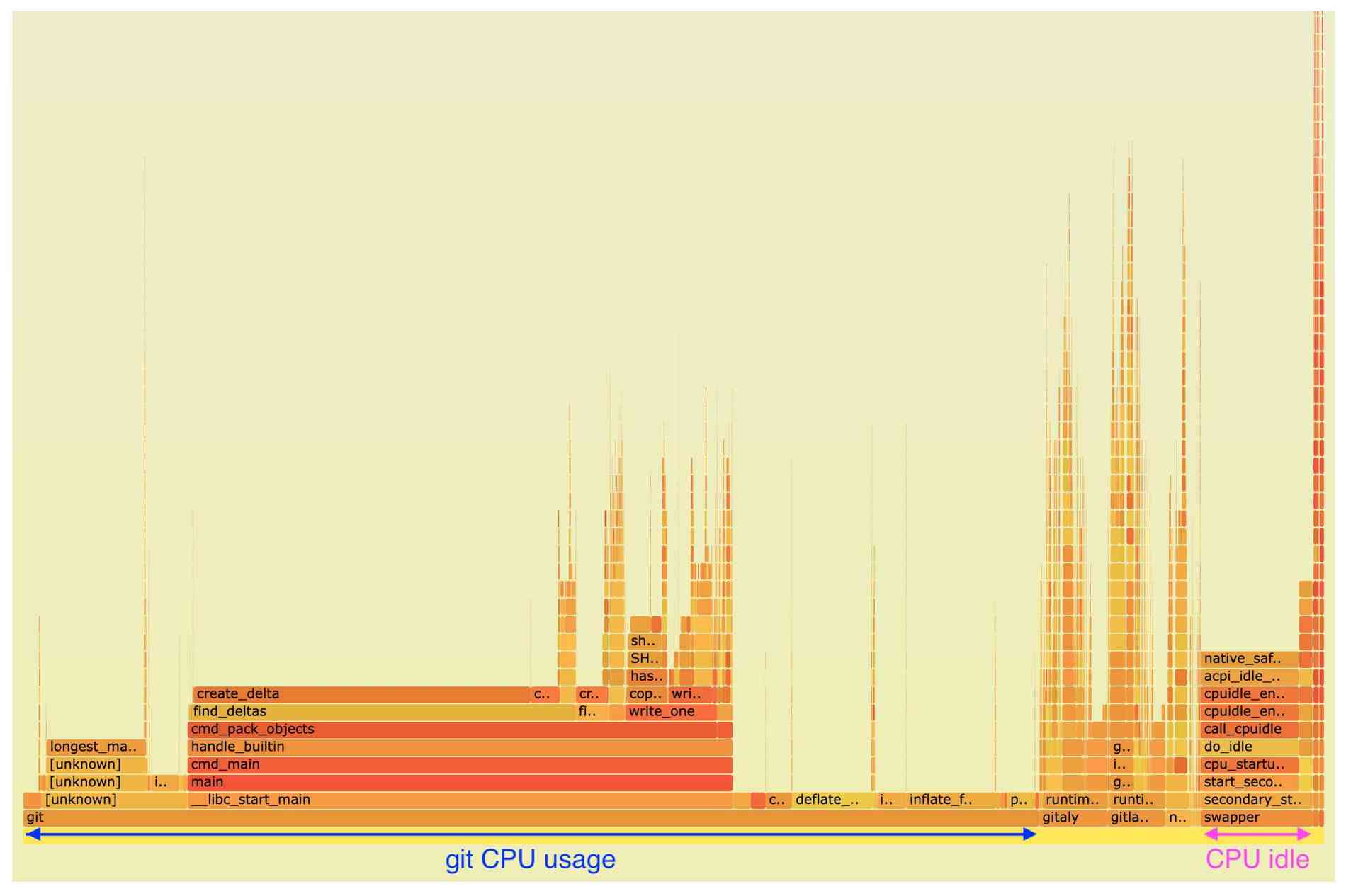 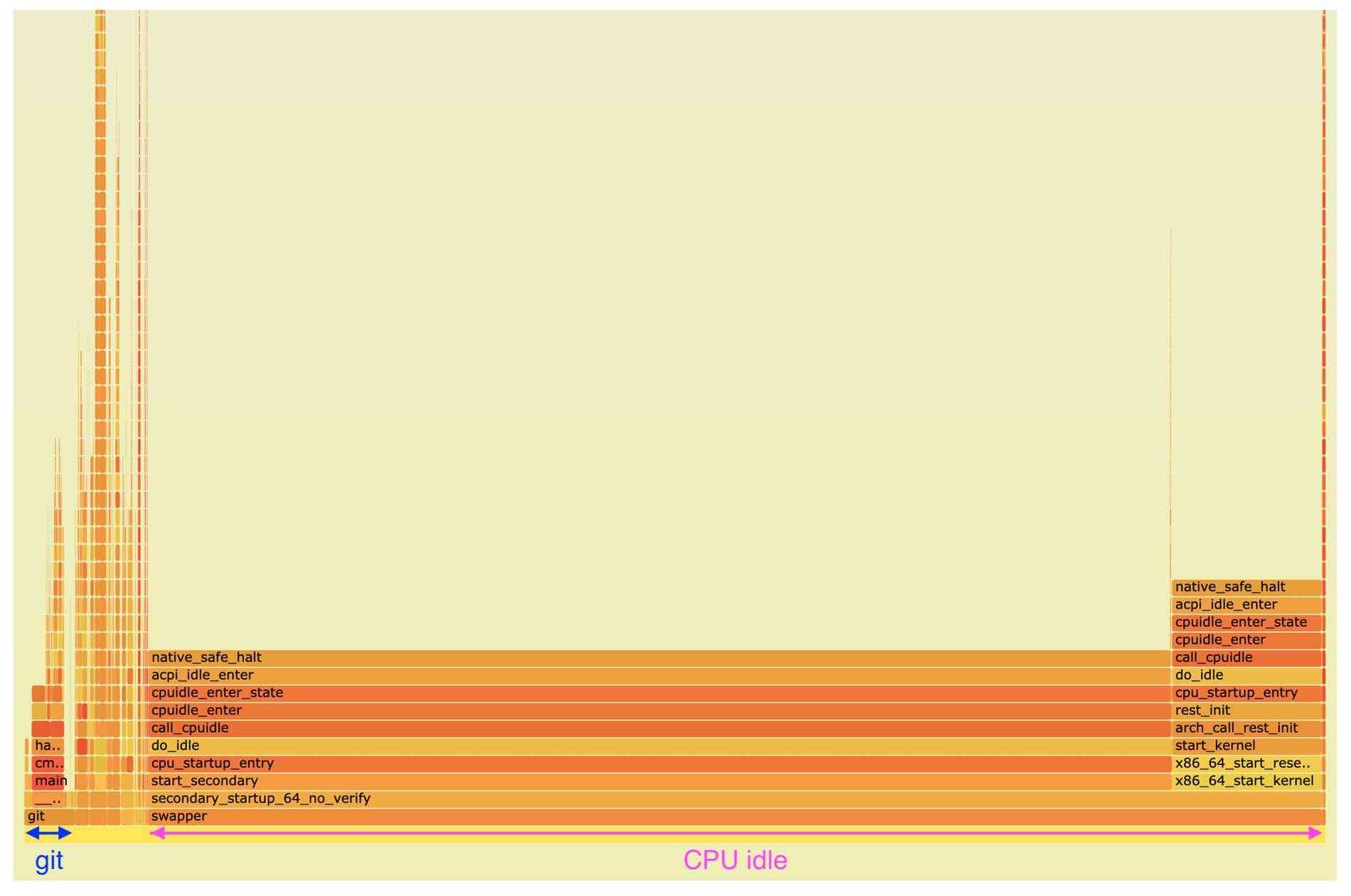 Stay tuned for part 2 of this blog post, in which we will go over the changes we made to make this happen.

“We improved server-side efficiency for Git fetch traffic. Here's how we did it and why you might want to enable it on your instances too. This is part 1 of a 2-part series.” – Jacob Vosmaer