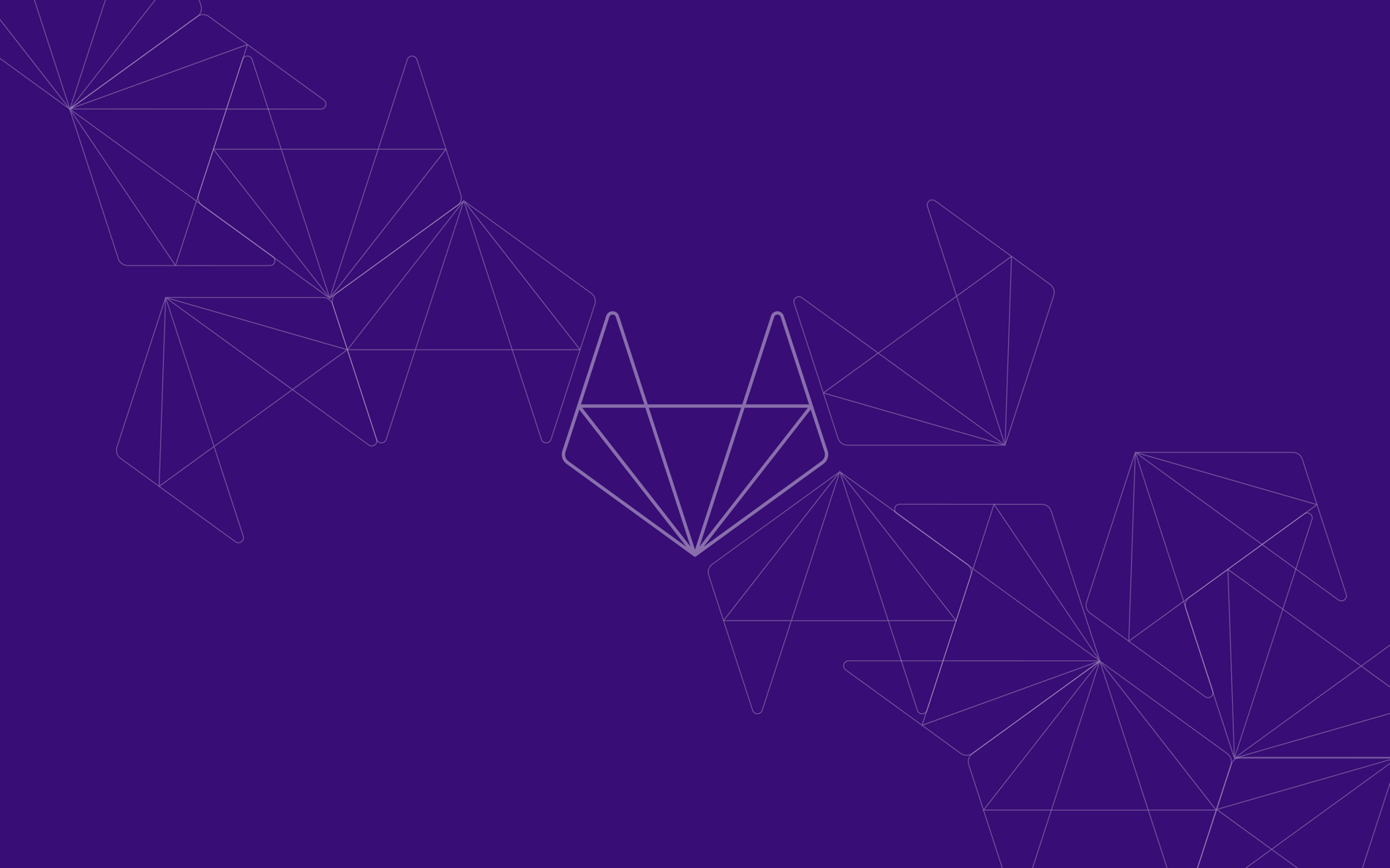 In Part 1 of this two-part series, we looked at how much server-side Git fetch performance, especially for CI, has improved in GitLab in 2021. Now, we will discuss how we achieved this.

As discussed in Part 1, what we realized through the production incidents in December 2020 was that the CI pre-clone script for gitlab-org/gitlab had become a critical piece of infrastructure. At the same time, it benefited only one Git repository on GitLab.com, and it was not very robust. It would be much better to have an integrated solution that benefits all repositories. We achieved this goal by building the pack-objects cache.

The name "pack-objects cache" refers to git pack-objects, which is the Git subcommand that implements the packfile compression algorithm. As this Git commit message from Jeff King explains, git pack-objects is a good candidate for a CI fetch cache.

You may want to insert a caching layer around pack-objects; it is the most CPU- and memory-intensive part of serving a fetch, and its output is a pure function of its input, making it an ideal place to consolidate identical requests.

The pack-objects cache is GitLab's take on this "caching layer". It deduplicates identical Git fetch requests that arrive within a short time window.

At a high level, when serving a fetch, we buffer the output of git pack-objects into a temporary file. If an identical request comes in, we serve it from the buffer file instead of creating a new git pack-objects process. After 5 minutes, we delete the buffer file. If you want to know more about how exactly the cache is implemented, you can look at the implementation (1, 2). 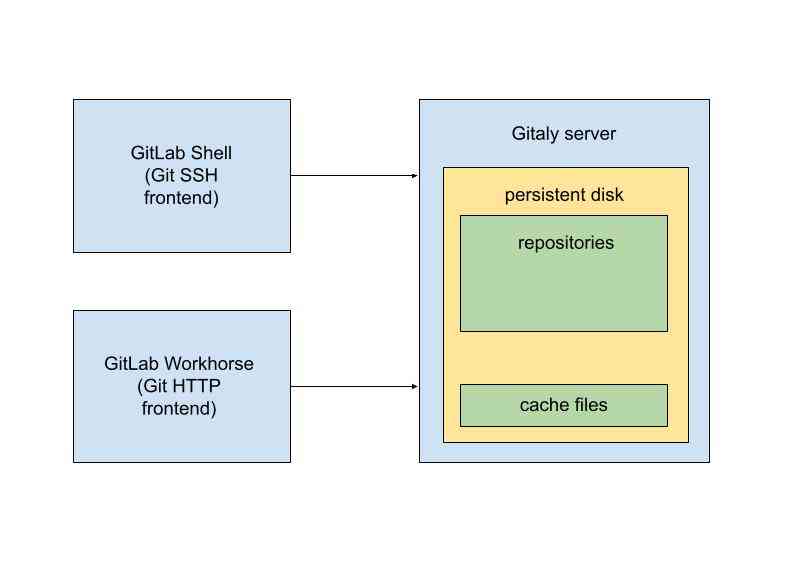 Because the amount of space used by the cache files is bounded roughly by the eviction window (5 minutes) multiplied by the maximum network bandwidth of the Gitaly server, we don't have to worry about the cache using a lot of storage. In fact, on GitLab.com, we store the cache files on the same disks that hold the repository data. We leave a safety margin of free space on these disks at all times anyway, and the cache fits in that safety margin comfortably.

Similarly, we also don't notice the increase disk input/output operations per second (IOPS) used by the cache on GitLab.com. There are two reasons for this. First of all, whenever we read data from the cache, it is usually still in the Linux page cache, so it gets served from RAM. The cache barely does any disk read I/O operations. Second, although the cache does do write operations, these fit comfortably within the maximum sustained IOPS rate supported by the Google Compute Engine persistent disks we use.

This leads us to a disadvantage of the pack-objects cache, which is that it really does write a lot of data to disk. On GitLab.com, we saw the disk write throughput jump up by an order of magnitude. You can see this in the graph below, which shows disk writes for a single Gitaly server with a busy, large repository on it: (the GitLab company website). You can clearly see the number of bytes written to disk per second jump up when we turned the cache on. 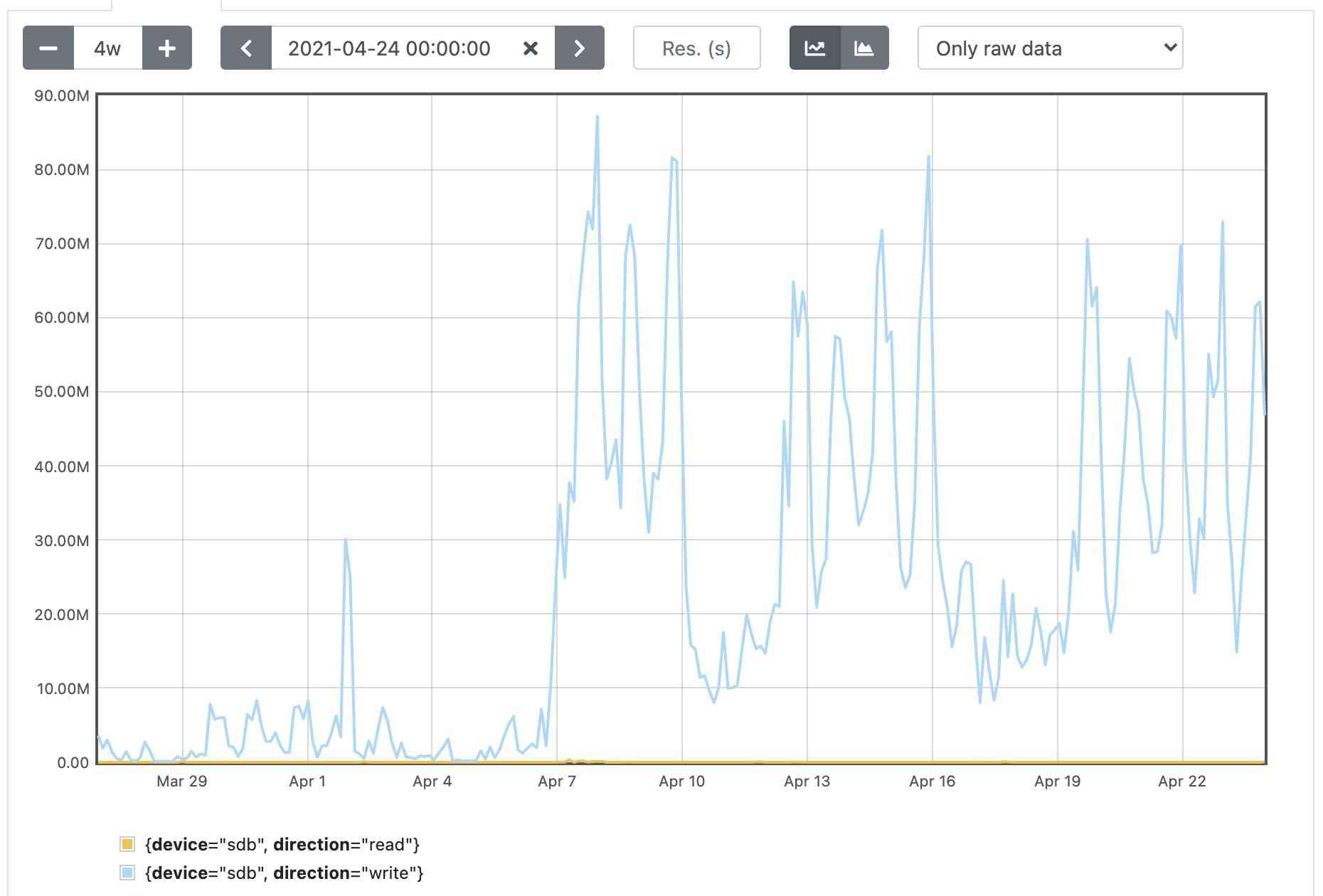 This increase in disk writes is not a problem for our infrastructure because we have the spare capacity, but we were not sure we could assume the same for all other GitLab installations in the world. Because of this, we decided to leave the pack-objects cache off by default.

This was a difficult decision because we think almost all GitLab installations would benefit from having this cache enabled. One of the reasons we are writing this blog post is to raise awareness that this feature is available, so that self-managed GitLab administrators can opt in to using it.

Again, on the positive side, the cache did not introduce a new point of failure on GitLab.com. If the gitaly service is running, and if the repository storage disk is available, then the cache is available. There are no external dependencies. And if gitaly is not running, or the repository storage disk is unavailable, then the whole Gitaly server is unavailable anyway.

And finally, cache capacity grows naturally with the number of Gitaly servers. Because the cache is completely local to each Gitaly server, we do not have to worry about whether the cache keeps working as we grow GitLab.com.

After we built the pack-objects cache, we were able to generate a much higher volume of Git fetch responses on a single Gitaly server. However, we then found out that the RPC transport between the HTTP front-end (GitLab Workhorse) and the Gitaly server became a bottleneck. We tried disabling the CI pre-clone script of gitlab-org/gitlab in April 2021 but we quickly had to turn it back on because the increased volume of Git fetch data transfer was slowing down the rest of Gitaly.

The fetch traffic was acting as a noisy neighbor to all the other traffic on gitlab-org/gitlab. For each GitLab.com Gitaly server, we have a request latency SLI. This is a metric that observes request latencies for a selection of RPCs that we expect to be fast, and it tracks how many requests for these RPCs are "fast enough". If the percentage of fast-enough requests drops below a certain threshold, we know we have a problem.

When we disabled the pre-clone script, the network traffic to the Gitaly server hosting gitlab-org/gitlab went up, as expected. What went wrong was that the percentage of fast-enough requests started to drop. This was not because the server had to serve up more data: The RPCs that serve the Git fetch data do not count towards the latency SLI.

Below you see two graphs from the day we tried disabling the CI pre-clone script. First, see how the network traffic off of the Gitaly server increased once we disabled the CI pre-clone script. This is because instead of pulling most of the data from object storage, and only some of the data from Gitaly, the CI runners now started pulling all of the Git data they needed from Gitaly.

Now consider our Gitaly request latency SLI for this particular server. For historical reasons, we call this "Apdex" in our dashboards. Recall that this SLI tracks the percentage of fast-enough requests from a selection of Gitaly RPCs. The ideal number would be 100%. In the time window where the CI pre-clone script was disabled, this graph spent more time below 99%, and it even dipped below 96% several times.

By building a simplified prototype alternate RPC transport, we were able to find out that with the pack-objects cache, the hardware we run on and Git itself were able to serve up much more traffic than we were able to get out of GitLab. We never got to the bottom of what was causing all the overhead but a likely suspect is the fact that gRPC-Go allocates memory for each message it sends, and with Git fetch traffic we send a lot of messages. Gitaly was spending a lot of time doing garbage collection.

We then had to decide how to improve the situation. Because we were uncertain if we could fix the apparent bottleneck in gRPC, and because we were certain that we could go faster by not sending the Git fetch data through gRPC in the first place, we chose to do the latter. We created modified versions of the RPCs that carry the bulk of the Git fetch data. On the surface, the new versions are still gRPC methods. But during a call, each will establish a side channel, and use that for the bulk data transfer. 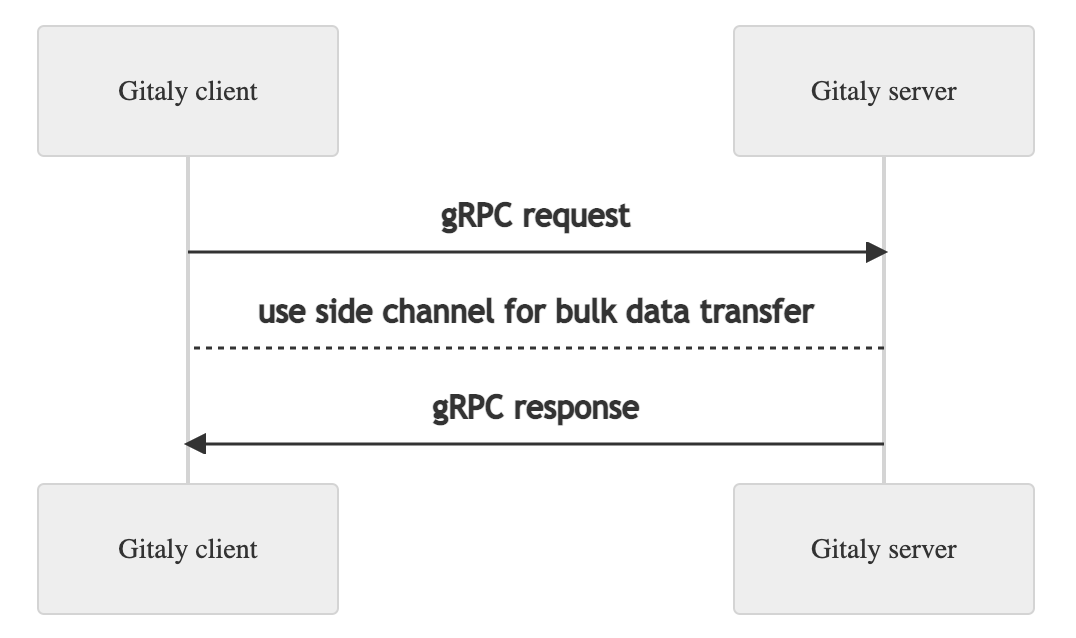 This way we avoided making major changes to the structure of Gitaly: it is still a gRPC server application. Logging, metrics, authentication, and other middleware work as normal on the optimized RPCs. But most of the data transfer happens on either Unix sockets (for localhost RPC calls) or Yamux streams (for the regular RPC calls).

Because we have 6x more Git HTTP traffic than Git SSH traffic on GitLab.com, we decided to initially only optimize the transport for Git HTTP traffic. We are still working on doing the same for Git SSH because, even though Git HTTP efficiency is more important for GitLab.com than that of Git SSH, we know that for some self-managed GitLab instances it is the other way around.

The new server-side RPC transport for Git HTTP was released in GitLab 14.5. There is no configuration required for this improved transport. Regardless of whether you use the pack-objects cache on your GitLab instance, Gitaly, Workhorse, and Praefect all use less CPU to handle Git HTTP fetch requests now.

The payoff for this work came in October 2021 when we disabled the CI pre-clone script for gitlab-org/gitlab, which did not cause any noisy neighbor problems this time. We have had no issues since then serving the Git fetch traffic for that project.

Improvements to Git itself

Aside from the pack-objects cache and the new RPC transport between Workhorse and Gitaly, we also saw some improvements because of changes in Git itself. We discovered a few inefficiencies which we reported to the Git mailing list and helped get fixed.

Our main repository gitlab-org/gitlab has hundreds of thousands of Git references. Looking at CPU profiles, we noticed that a lot of Git fetch time was spent on the server iterating over these references. These references were not even being sent back to the client; Git was just scanning through all of them on the server twice for each CI job.

In both cases, the problem could be fixed by doing a scan over a subset instead of a scan across all references. These two problems got fixed (1, 2) in Git 2.31.0, released in March 2021.

Later on, we found a different problem, also in the reference-related workload of Git fetch. As part of the fetch protocol, the server sends a list of references to the client so that the client can update its local branches etc. It turned out that for each reference, Git was doing 1 or 2 write system calls on the server. This led to a lot of overhead, and this was made worse by our old RPC transport which could end up sending 1 RPC message per advertised Git reference.

This problem got fixed in Git itself by changing the functions that write the references to use buffered IO. This change landed in Git 2.34.0, released in November 2021. Ahead of that, it got shipped in GitLab 14.4 as a custom Git patch.

In Part 1, we showed that GitLab server performance when service CI Git fetch traffic has improved a lot in 2021. In this post, we explained that the improvements are due to:

Many people have contributed to the work described in this blog post. I would like to specifically thank Quang-Minh Nguyen and Sean McGivern from the Scalability team, and Patrick Steinhardt and Sami Hiltunen from the Gitaly team.