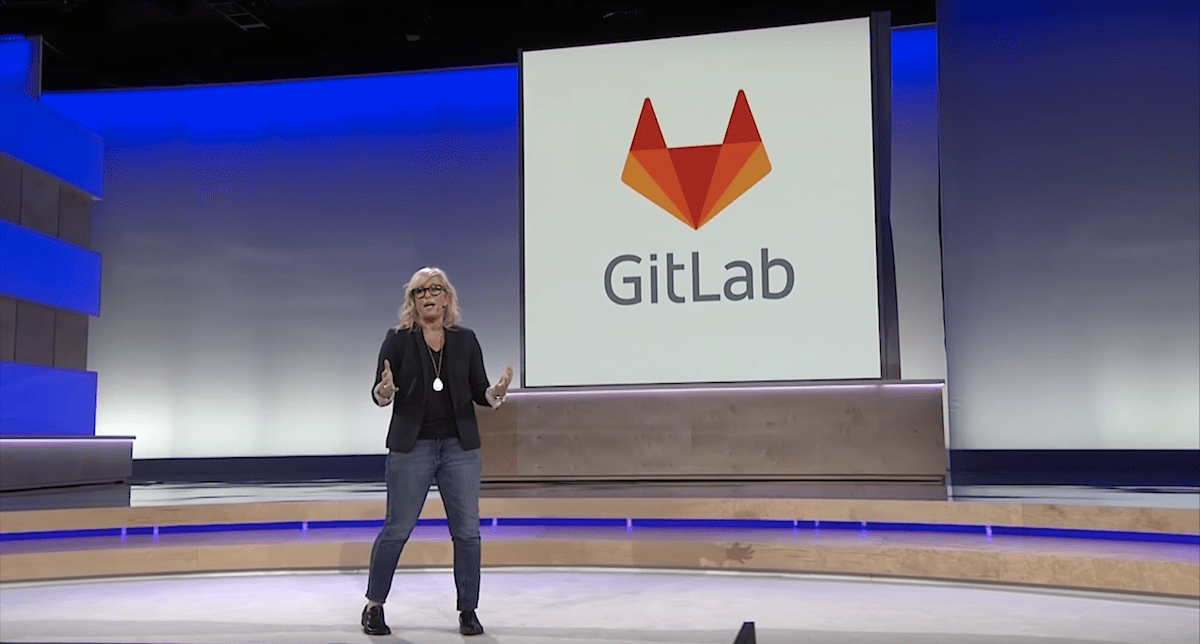 Google's Partner Summit kicked off a day before the broader Next conference started. At the summit, we were honored to receive the Google Cloud Partner Award for Innovative Solution in Developer Ecosystem for the tight integration with GKE we released earlier this year. Of course, we decided to take some fun photos with the cloud logo. 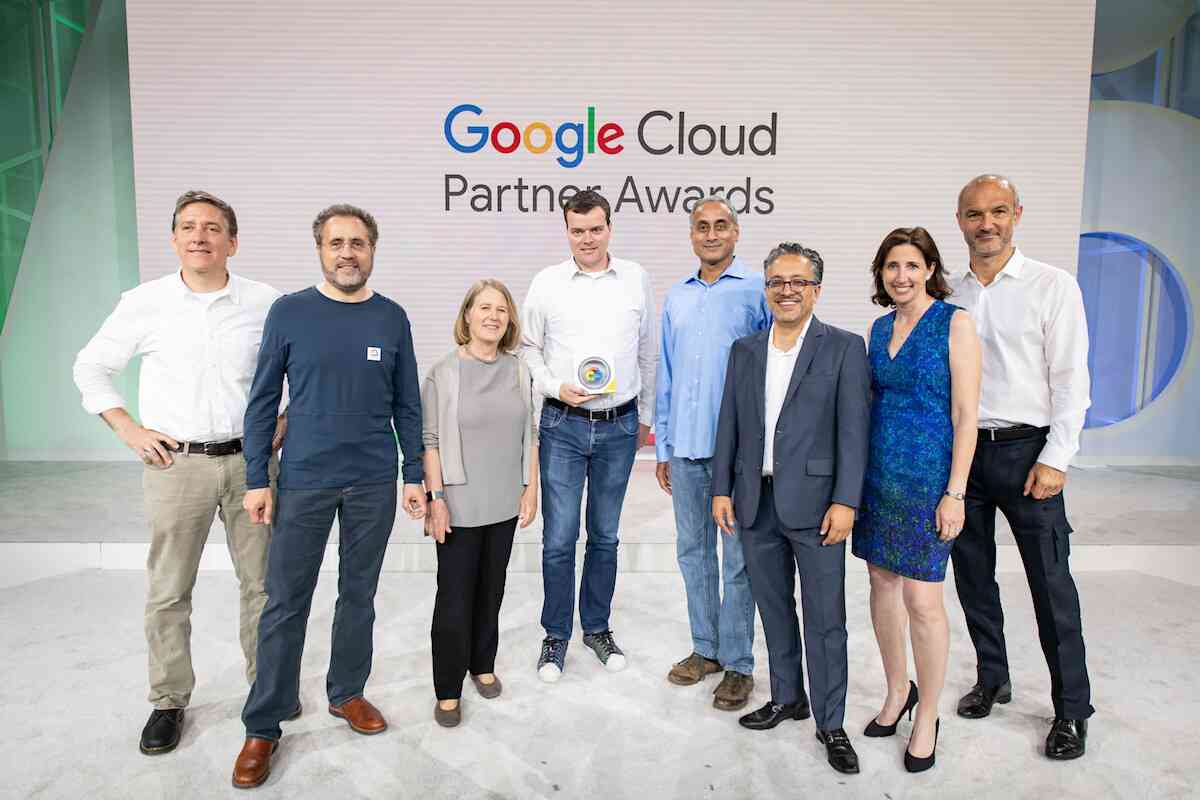 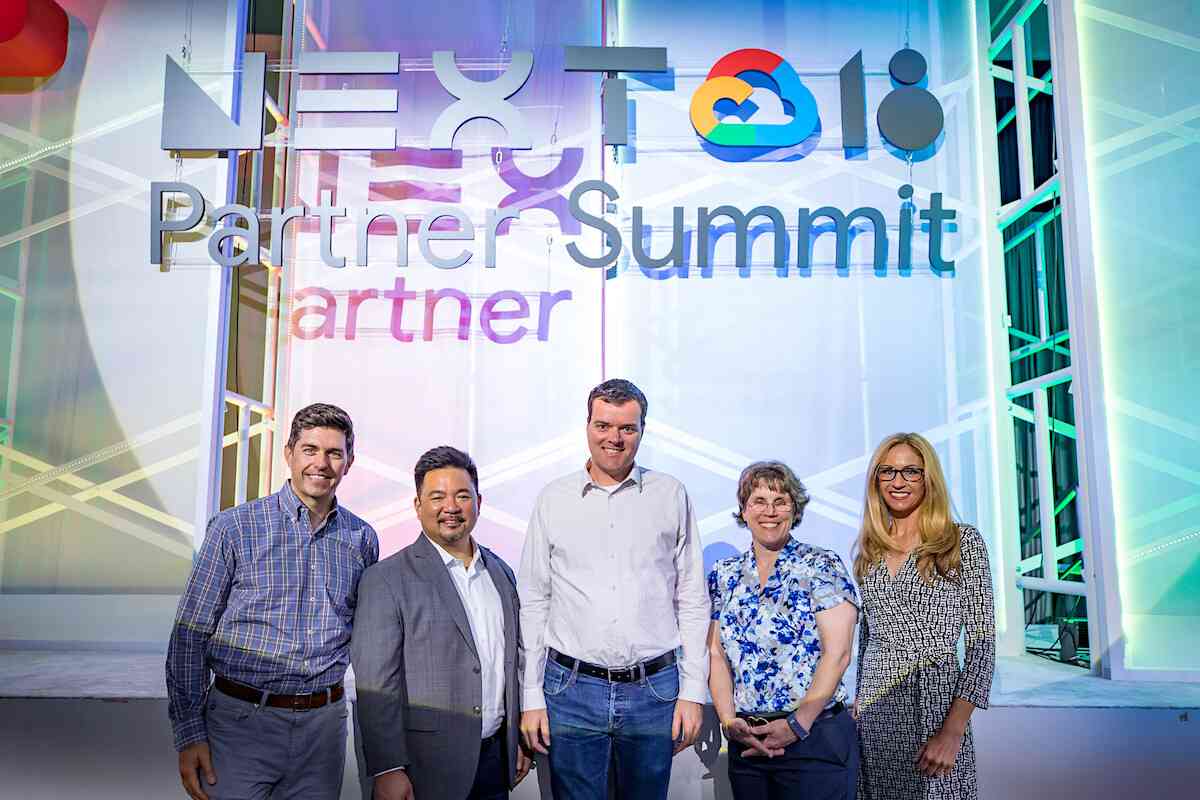 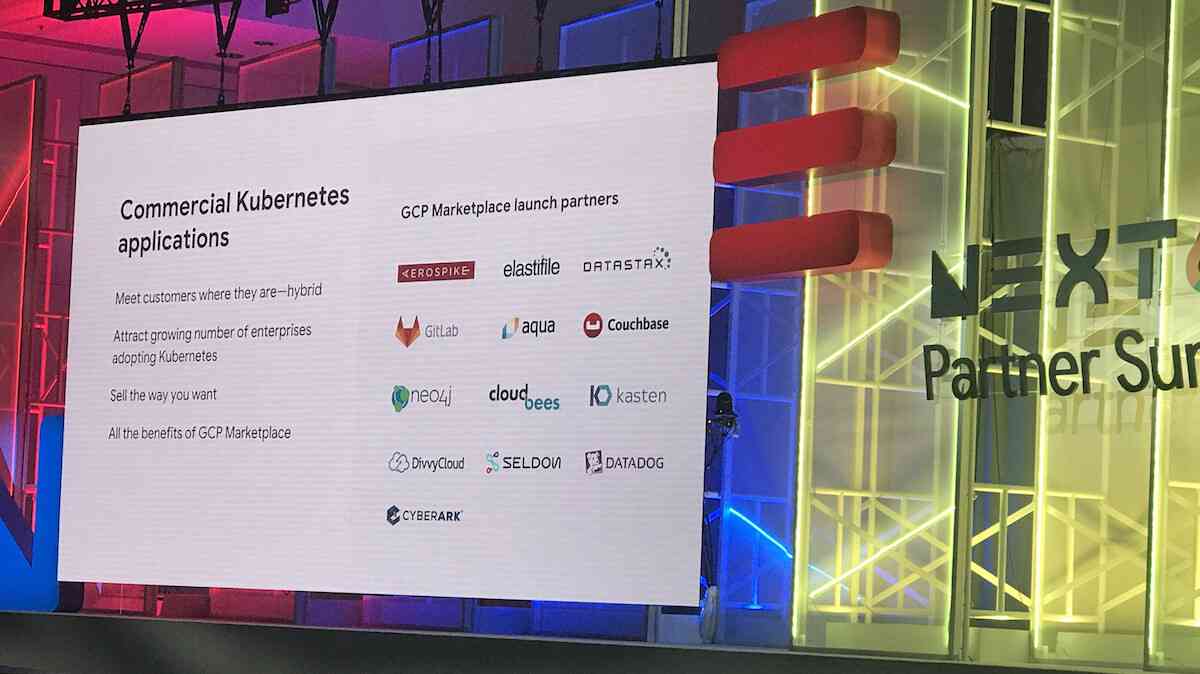 Knative and Istio are two new projects announced during the show that we're excited about. Knative enables "serverless" workloads on Kubernetes while Istio is a service mesh for microservices. Check out Josh chatting live with Sid from the show (where Wi-Fi was a bit choppy) about serverless, Knative, and Istio, and how these technologies can potentially tie in with GitLab.

One of the key announcements from the show was the introduction of Google Cloud Build, a CI/CD tool for GCP. Many folks asked us if we saw this as competitive to GitLab CI/CD, and how that would affect our partnership with Google. First and foremost, GitLab supports a multi-cloud strategy. We partner with all of the major cloud vendors to ensure GitLab CI/CD can support multi-cloud deployments. Many cloud vendors have their own CI/CD tooling, like AWS Code Deploy or IBM Cloud Pipelines. For us, Cloud Build is just another point of collaboration. In fact, our own Josh Lambert teamed up with Christopher Sanson to create a GitLab + Google demo for Christopher's session, "CI/CD for Hybrid and Multi-Cloud Customers." 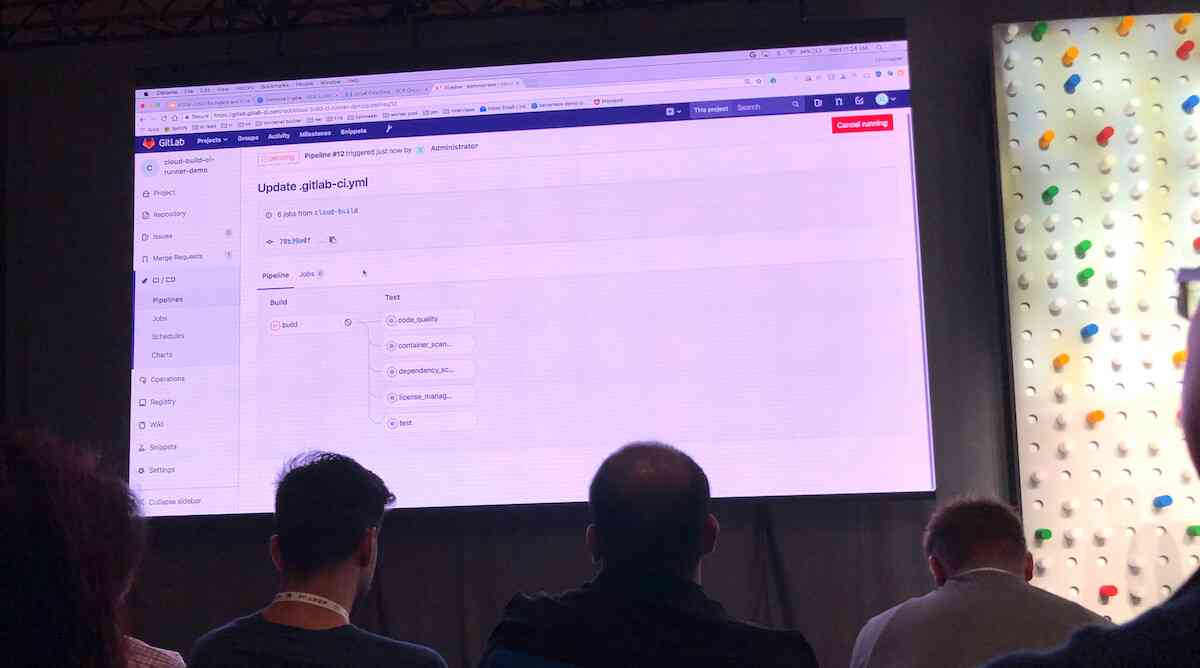 First, Christopher showed how to use GitLab as your code repo with Cloud Build as your CI/CD connected up via webhooks to Cloud Functions. Here's a link to some sample code for setting up a Cloud Function to trigger cloud build from GitLab if you'd like to try it out yourself.

Then Christopher showed how to use GitLab CI/CD and GitLab container registry while offloading the infrastructure build to Google Cloud Build. Using Google Cloud Build together with GitLab CI/CD is one way to overcome some of the security problems of docker-in-docker (e.g. requires privileged containers). Check out the video below to see it in action. Additionally, here's an example ruby app with a sample configuration for connecting Gitlab CI/CD to Cloud Build.

GitLab.com is migrating to GCP

As part of our plans to make GitLab.com a rock solid, enterprise-ready SaaS offering, we are migrating from Azure to Google Cloud Platform. We’ve been carefully planning this migration for many months and are now very close to executing with a target migration date of August 11. Melody Meckfessel talked a bit about our migration during her keynote on Thursday. Check out our previous blog post to read up on the full details of GitLab’s GCP migration.

Of course one of our favorite parts of any trade show is getting to meet our users and customers face to face. We love hearing the palpable excitement when you talk about how GitLab is streamlining your toolchain or easing your move to Kubernetes. We love sharing the story with folks who don’t know yet and seeing their faces light up when we tell them GitLab’s not just a version control solution, but an end-to-end DevOps application with built-in project planning, CI/CD, container registry, monitoring, and more. Google Next ’18 was a great show, and we can’t wait to see you next time! Check out the full list of events we’ll be at to find one close to you.