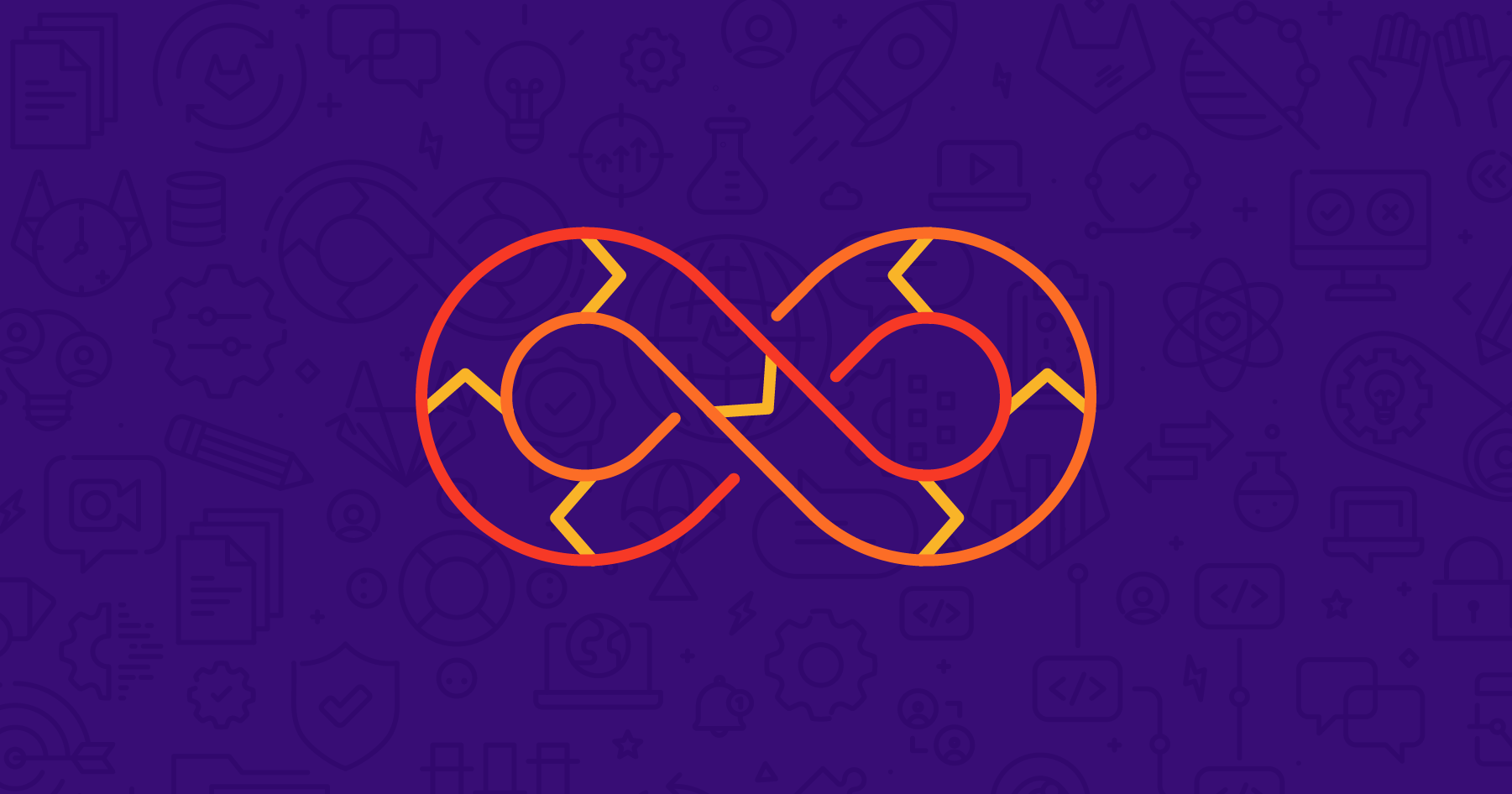 This blog post was originally published on the GitLab Unfiltered blog. It was reviewed and republished on 2021-03-10.

My name is Sri and over the last three months and I worked closely with GitLab co-founder DZ in building "Five Minute Production App."

The app blends solutions offered by AWS, Hashicorp Terraform, and GitLab, and offers production-grade infrastructure and development workflows in under five minutes. 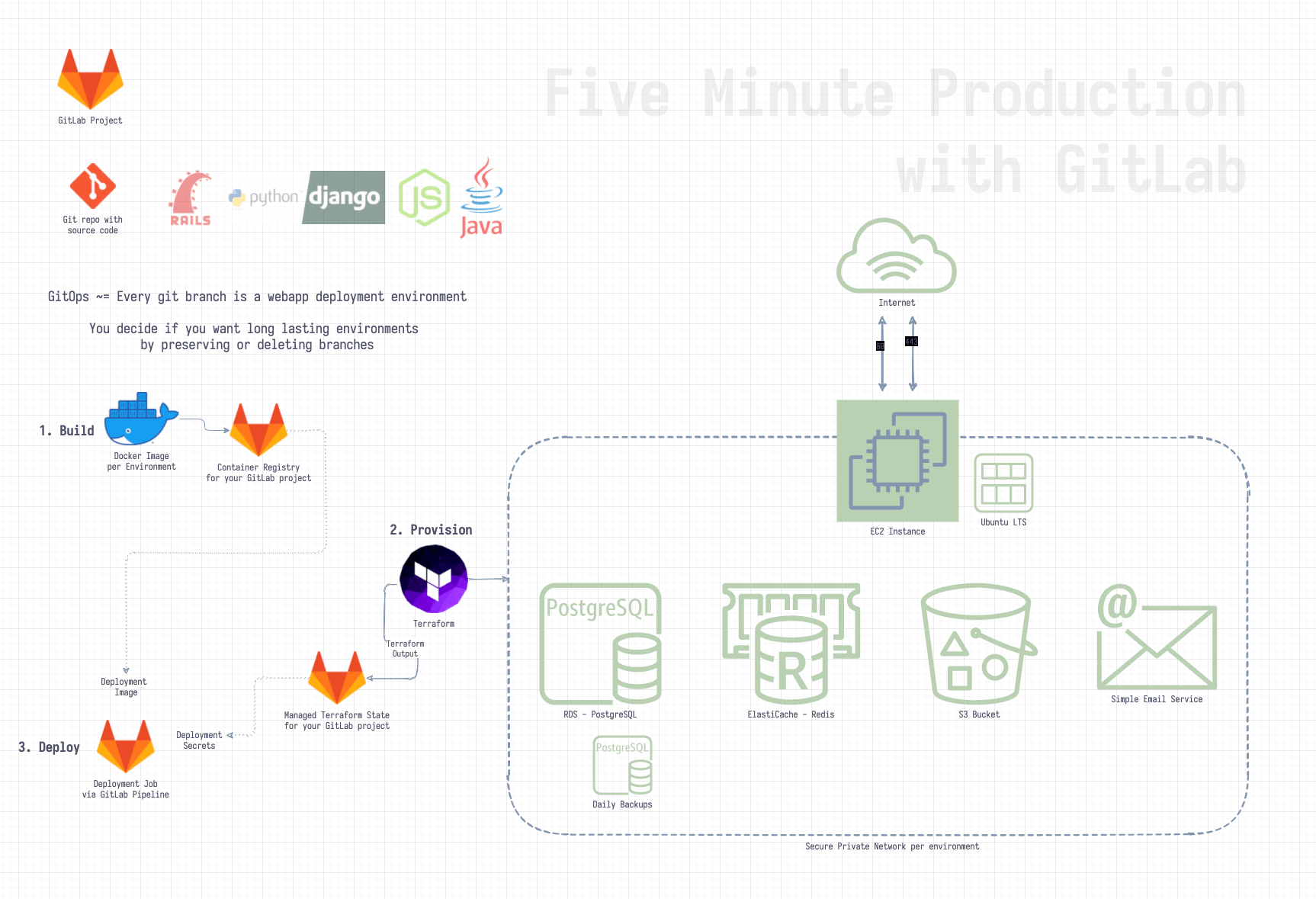 Apart from the efficiencies gained from using Five Minute Production App, you benefit by achieving stateful, production-ready infrastructure on the AWS hypercloud.

We started with AWS first, as it is the hypercoud leader today. Support for Azure and Google Cloud is on the roadmap.

Our vision and design decisions are explained in the README and category direction.

Resources provisioned include an Ubuntu VM, scalable PostgreSQL database, a Redis cluster, and S3 object storage. We consider these elements as the building blocks for majority of web applications, and many of these fall under AWS free tier.

The infra state and credentials are stored within your GitLab project's managed Terraform state.

Finally, we reach the Deploy stage which:

Everything is achieved by including these two lines in your .gitlab-ci.yml file.

Let's look at the complete process in more detail. 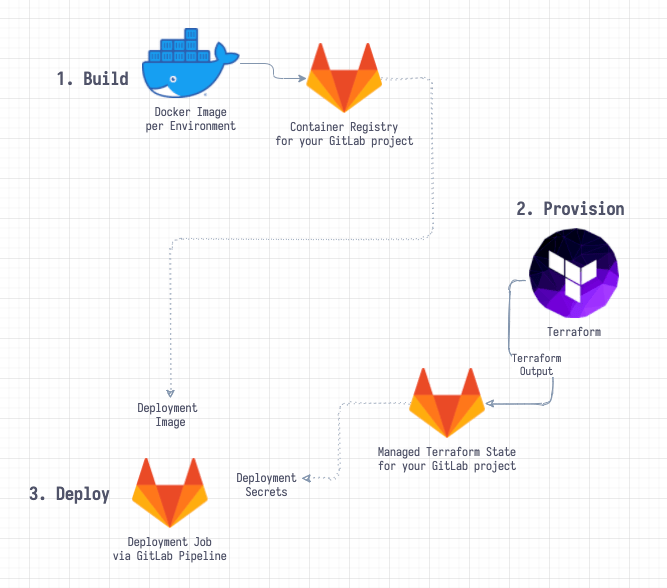 The Build stage is where it all begins. Five Minute Production App reuses the Auto Build stage from the GitLab Auto DevOps pipeline.

Auto Build builds and packages web applications that are:

Once the Auto Build job has finished execution, the newly created container image is stored as an artifact in your GitLab project's Container Registry.

The most critical resource is the PostgreSQL service which has daily backups enabled. PostgreSQL data is snapshotted if the infrastructure resource is "destroyed" through a manual user action via the Five Minute Production App pipeline.

The EC2 VM is the only service accessible publicly. Ports 22, 80 and 443 are exposed. Every other resource described above is part of a secure, private network, hidden from the public web, accessible ony via the EC2 instance and your web applicable deployed there. 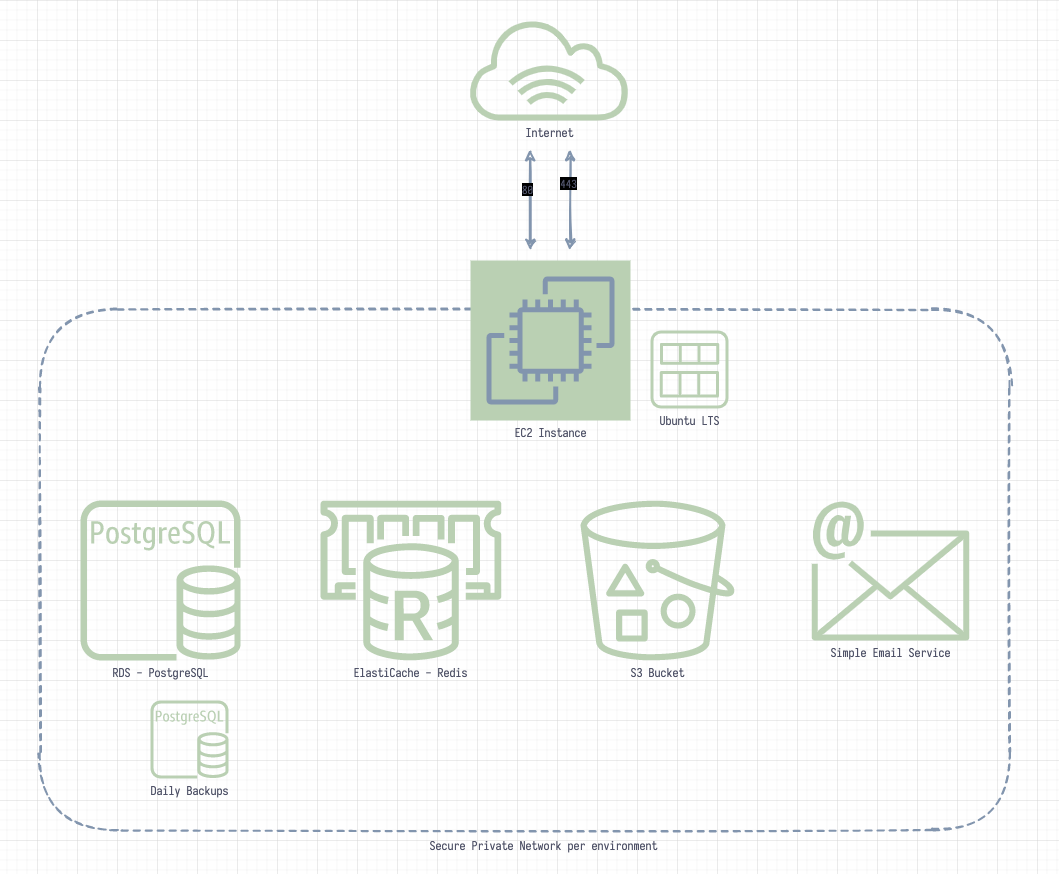 Modern web applications might require additional commands being executed after each deployment or after the initial deployment, and these commands can be defined as variables in your .gitlab-ci.yml file.

There we have it. A simple yet production-ready setup for your web application. If you are looking for an AWS-based setup, this is ready for usage.

If you are looking for something similar but not quite Five Minute Production App, this serves as an example of how to converge infrastructure-as-code with software development and provide seamless continuous deployment workflows.

In my personal experience, this is one of the most complete examples of GitOps:

This complete GitOps convergence is not specifically configured for one project. It can be included as a template from multiple projects. There is no reason why the GitLab project in your organization cannot be the single source of truth for everything.

Sri Rangan, an Enterprise Solutions Architect with GitLab, is a core-contributor and maintainer of Five Minute Production App. 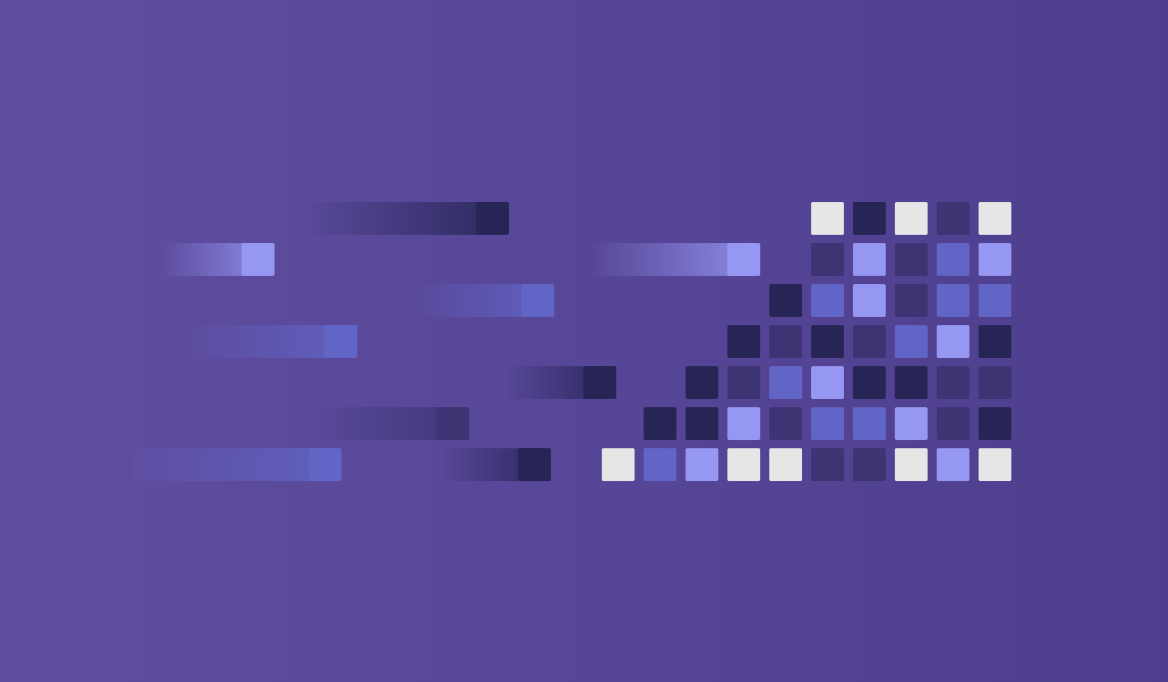