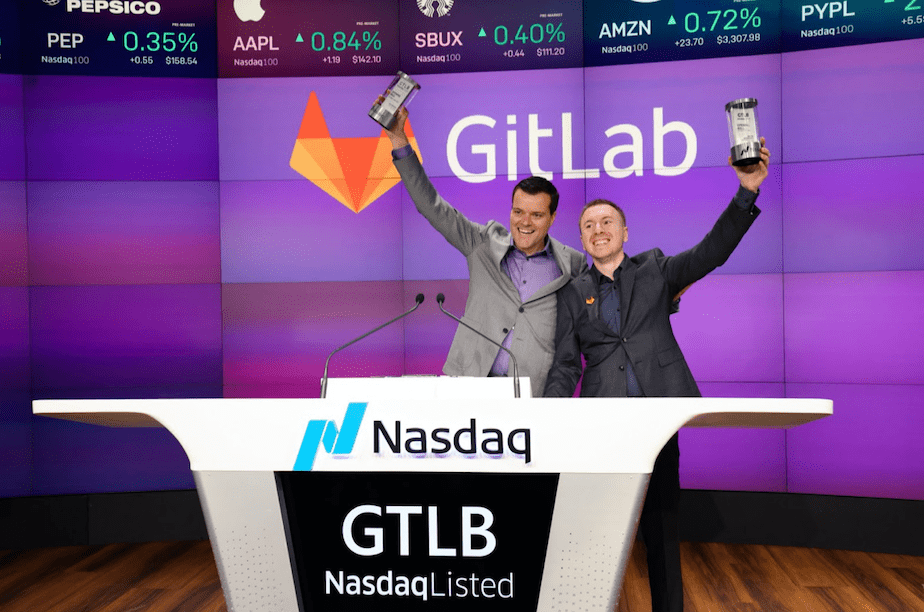 Sid Sijbrandij: Today, we shared the news with the team that my co-founder and the creator of GitLab the open source project, Dmitriy Zaporozhets, has made the decision to leave his position as Engineering Fellow at GitLab. Below, Dmitriy shares this news in his own words with the GitLab community.

Dmitriy Zaporozhets: I remember when I told Sid, my co-founder and the CEO of GitLab, that I wanted to commit 10 years to GitLab from the time I started the project in October of 2011. It’s been an amazing journey over the last 10 years. And just last month, on October 14, 2021, I joined Sid at Nasdaq in New York City as GitLab became a public company. Today, I want to share with the GitLab community that I am stepping away from my position as an Engineering Fellow at GitLab Inc. I have fulfilled my 10 year vision, and I feel that I can step away with so much pride in what GitLab has become and so much faith in where GitLab is headed.

Back in 2011, I was working as a software developer. I worked with version control everyday. There was no modern open source software to run on your server and I saw an opportunity to make something useful as a hobby project. I started the project with Valery Sizov, and I remember having coffee with him, discussing the challenges and improvements we wanted to make. It was such a great feeling to brainstorm something that we cared so deeply about.

In that first year, we grew a functional open source community around the project. I was quite surprised that so many people participated. That gave me energy and confidence to keep going with the project. Everytime someone contributed, I felt like I needed to put even more effort into it.

In 2012, I got an email from Sid, saying that he wanted to let me know that he started GitLab.com. I remember he said, “I hope you don’t mind.” The truth is, I was happy that he was interested in GitLab. I hoped that he would bring more users and potentially more contributors. I did not imagine we would end up joining together and making the project as popular as it has become.

I came to work at GitLab full time in 2013. A team member recently asked me what my job title was when I started working at GitLab full time. The answer: it was Dmitriy. I didn’t have a formal title in the beginning. My first official title with the company was Chief Technology Officer. Quite a lot happened during that time. I wrote a lot of code, merged a lot of merge requests. I still have the highest number of commits in the main repository. I worked closely with the first front-end developer and the first UX designer, and we were building everything from scratch.

By October of 2018, the company grew to the size when the CTO couldn't write the code anymore. I transitioned into my role as Engineering Fellow and worked on several new features in the product. It was a time when building something was just as important as not breaking it.

It was an honor to be in New York City last month to help Sid ring the opening bell at Nasdaq and see GitLab become a publicly traded company. I know what we do at GitLab had value for the rest of the world even before the company went public. However, experiencing GitLab’s listing day in person filled me with emotion, and there’s one thing I know for sure: the world cares about what we are doing here.

I am so thankful to everyone who has contributed to GitLab. I especially want to thank Valery Sizov, Kamil Trzciński, Douwe Maan, Phil Hughes, Stan Hu, Rémy Coutable, Robert Speicher, and Sean McGivern, most of whom joined soon before or after Y Combinator and took our productivity to the next level. You were all just as passionate about the product as I was and it was amazing to work with you all. I also want to thank employee number 1 Marin Jankovski and employee number 2 Jacob Vosmaer, both of whom are still at GitLab Inc. after all these years. And of course, I want to thank Sid. Sid, your noble aspirations and your strong leadership made all of this possible. Thank you for your partnership over the years, it has been an honor to be on this journey with you as co-founders.

Thank you to the community and everyone who has believed in, supported, and contributed to GitLab’s journey. I believe we are still early in GitLab’s evolution, and I cannot wait to see what the team and the community do next.

Sid Sijbrandij: Dmitriy, it has been an incredible 10 years since you started the project. Thank you for creating GitLab, making it open source, joining me on this journey and caring for GitLab for the last 10 years. It was an amazing experience to ring the opening bell with you at Nasdaq and I’m excited to continue to build upon what we’ve created thus far and lead GitLab through its next phase.

While you are leaving your position as Engineering Fellow, I know that we will still keep in touch, and your legacy will live on through the company and the wider community. To honor your impact, GitLab Inc. has announced an annual “DZ Award” to recognize one team member who has made great impact by solving a difficult problem using a boring solution, because at GitLab, we celebrate the boring solution as a simple, fast, and effective way to maintain our speed of innovation. It will be an honor to recognize team members who embody your innovative spirit and deliver results that help us continue to grow.

Dmitriy, thank you for the incredible impact you’ve had on all of us.