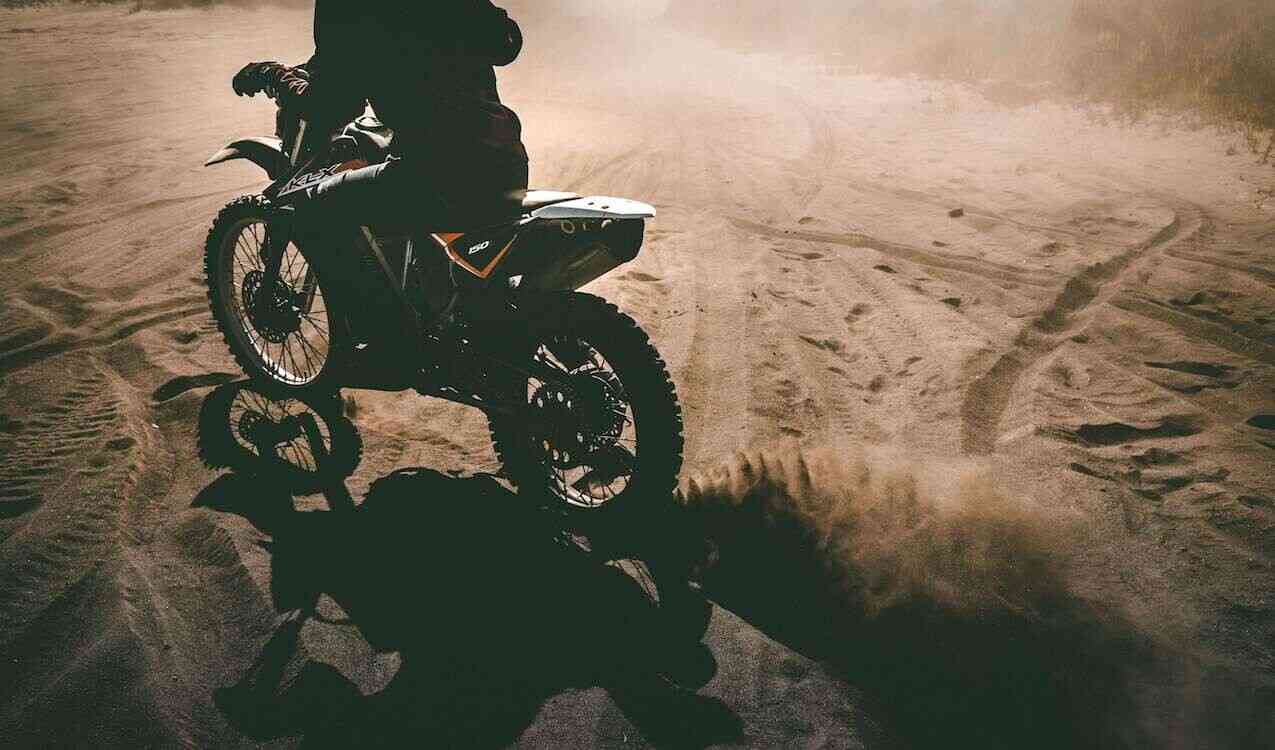 When professional motorcycle stuntwoman turned developer Leah Petersen switched from Jenkins to GitLab, she was a bit nervous to say the least. Having only worked in tech for nine months, the Samsung SDS engineer was not enthused about the prospect of having to learn a new application after feeling like she had “just started to get competent” with Jenkins.

After a self-described mini pity party, she dove into GitLab head first, jumping into a few big ticket projects to get a handle on the landscape. Within a few short months, Petersen was so impressed by her GitLab CI/CD experience that she felt the need to shout her newfound “love” for continuous integration and continuous delivery from the virtual mountaintop of her blog.

We recently met up with Petersen to learn more about her transition to the tech world and experience with GitLab.

Where do you work and what does your team do?

I work for a team in Samsung SDS called the Cloud Native Computing Team, and I'm a DevOps engineer. We deal primarily with containers in Kubernetes and helping companies modernize and move to the cloud. My team is super unique. We were kind of treated like an incubated startup within Samsung, so we're really given a lot of autonomy to make our own decisions.

Our team was put together about five years ago, and Samsung really made a bet on Kubernetes being the future of orchestrating huge workloads in the cloud. Initially, we were focusing mainly on research and development, contributing to the Kubernetes community and learning who was a part of it, what their motives were, and how we could find our place in it. Over the last year, Samsung has really pivoted our role in the company, and we're looking at how we can help Samsung as a global organization move to Kubernetes and containers.

Where did you work before Samsung?

I was a motorcycle stunt rider before I became an engineer, and that career kind of organically grew out of my passion for motorcycles. I started stunting, loved the community and was able to meet people all over the country and travel. Being one of the few women who did it, I organically started getting calls for jobs and gigs. I thought, “If I can do this in my 20s and make this my full-time career, I'm definitely going to take a shot at it,” so I did.

It was an amazing opportunity and experience to travel the world and meet people all over this planet who are passionate about this crazy thing that I'm also passionate about. And I got to work with a lot of amazing brands and raise awareness about the sport that I love. So, I don't have any regrets about that and cherish the time that I got to spend on a motorcycle professionally.

How did you move from being a professional motorcycle stunter to a DevOps engineer?

I had been looking for a new career path and wasn't really sure what I was going to do. I knew that I wanted to build some tangible skills. I wanted skills that had a clear market value, and tech definitely provides that.

I ended up taking an online coding course in Python, and had this “aha” moment where I realized, not only can I do this, which I didn't think was previously possible, but it's fun; I really like solving these problems. At that point I started taking more online courses and learning as much as I could for free. Then I ended up finding Ada Developers Academy, and that was the perfect segue into the industry.

I had this “aha” moment where I realized, not only can I do this, which I didn't think was previously possible, but it's fun

Can you describe how your experience has been as woman in tech?

You definitely get a lot of strange reactions being a woman in tech. Walking into a situation, oftentimes people are surprised you're an engineer. You'll get reactions like, “Oh, I thought you were a project manager,” or, “I thought you were a recruiter,” or whatever other stereotype that you brought into the room. That can be discouraging and makes you feel unwelcome in that space. But I think we need women in every part of tech: frontend, backend, DevOps, operations, everything. If your interest is in UX, go for that. But don't let all the men who've been in the industry for 25 years on the operations side of things scare you off either. I really think we need diverse minds and approaches to problems in the whole spectrum of it.

Sometimes I forget about the gender disparity in tech because my team, specifically, has a couple of really amazing women who I get to work with every day. So, I'm very fortunate. But I recently went to KubeCon in Copenhagen, and it's a amazing conference with so much energy, but it's a real wake up call when you see the gender disparity there. There's 4,000 guys walking around and you feel like you stick out [or] when you're sitting in an auditorium, look around and realize, “Oh, I'm the only lady here.” It's something that you can't look away from.

Why did you decide to go into DevOps engineering?

In my boot camp classes we were focusing on web development and building Ruby on Rails and Node.js apps. We each had an opportunity to do an internship at companies in Seattle that support the Ada program. Samsung was one of them, and they came in to do a presentation about their involvement in open source and Kubernetes. I had no idea what they were talking about, but Kubernetes and the momentum of the open source community was really appealing to me. So I took a chance and picked Samsung, dove right in, and found my way as I went along. I'm really happy that I chose Kubernetes and to specialize in the cloud.

Kubernetes and the momentum of the open source community was really appealing to me. So I took a chance, dove right in, and found my way as I went along

How did you get started with GitLab CI/CD? And how would you describe your transition to the application?

I always felt like I was fighting with the CI platform we were on prior to GitLab. It was never really functioning how we wanted it to, and something was always kind of failing. The whole reason you have CI/CD is to get visibility into what's happening with your code, right? You want to run your code through this pipeline and make sure there are no bugs, that you’re packaging it correctly and putting it in the places that you need it to be in production. It's this hugely critical component of going from the developer's computer to the world; that's the pipeline. So you really need the visibility to see what is happening every step of the way.

On the old system, I felt that I just didn't have that visibility. I was digging for the problems and not able to understand where they were coming from, where they were originating from, why they were happening or how to fix them. I feel like GitLab definitely does a great job of assisting the user in finding the origin of a problem, tracing that step back and making it clear where your issues are and when you're having success.

How has using GitLab impacted your career and workflow?

There's a lot of talk about accessibility and user experience in tech. And we all know what it's like to have a bad user experience with a piece of technology; it's the most frustrating thing in the entire world. As a developer, you deal with lots of different tech every single day. When I started using GitLab about a year and a half into my career, it was certainly the first platform where I was like, ‘I feel so at home here. Everything’s fluid. I can find where everything is. I understand what everything is.’ There aren't these big black holes of confusion that have me asking, “Why does this exist and what am I doing here?’”

With GitLab, everything is just this cheery, happy place. And I really appreciate how it has now set the bar for me when it comes to the way in which a technology should function when I’m working with it.