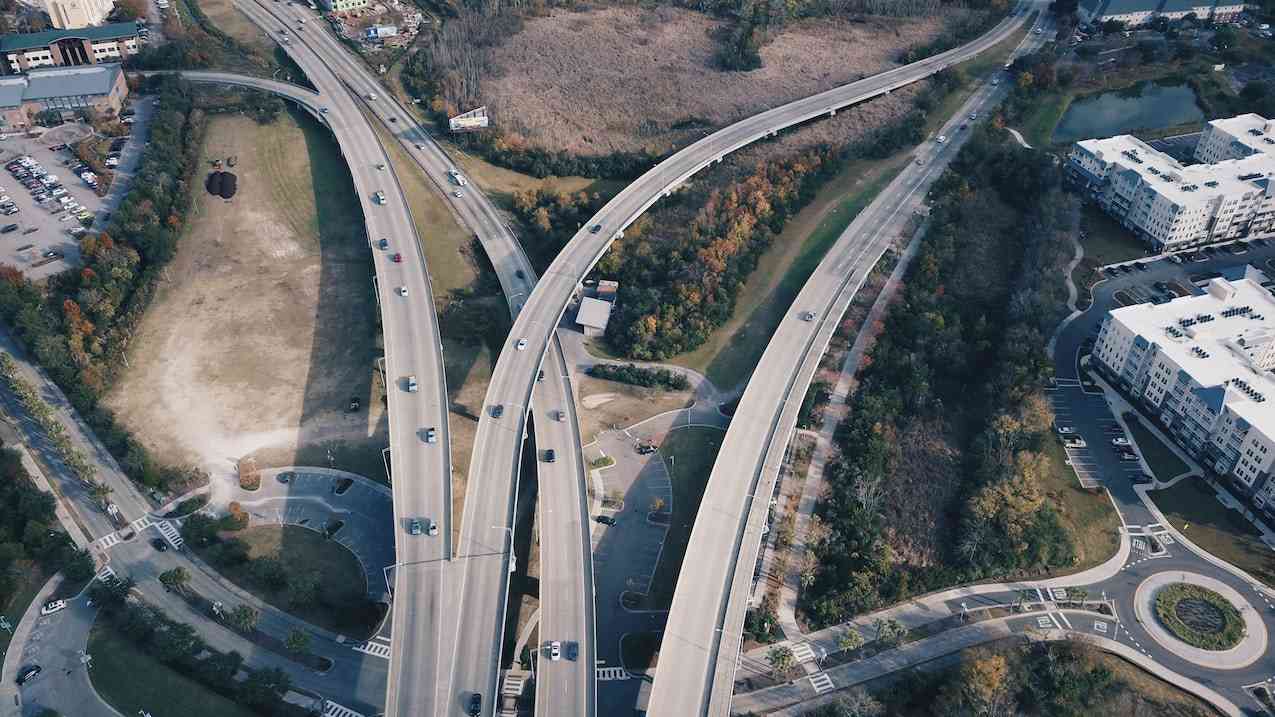 True to form, Hashicorp released Waypoint as open source and with a lot of examples. The orchestration layer is up to you – Waypoint ships as a binary you can run right on your laptop or from whatever CI/CD orchestration tool you choose. Where you deploy is up to you as well since Waypoint shipped with support for Kubernetes, Docker, Google Cloud Run, AWS ECS, and a few others.

Hashicorp Waypoint is an open-source developer workflow that can run from any laptop or CI/CD tool. Deployment is also easier because Hashicorp ships to several platforms like Kubernetes, AWS, and more.

When using Hashicorp to build, deploy, and release applications, there are several features to keep in mind:

Using the fantastic Waypoint documentation and the excellent example applications that HashiCorp provided, we decided to take a look at orchestrating Waypoint using GitLab CI/CD. To do this, we’ll start from the simple AWS ECS Node.js app from the example repository.

After cloning, we can see the structure of a Node.js application that displays a single page. 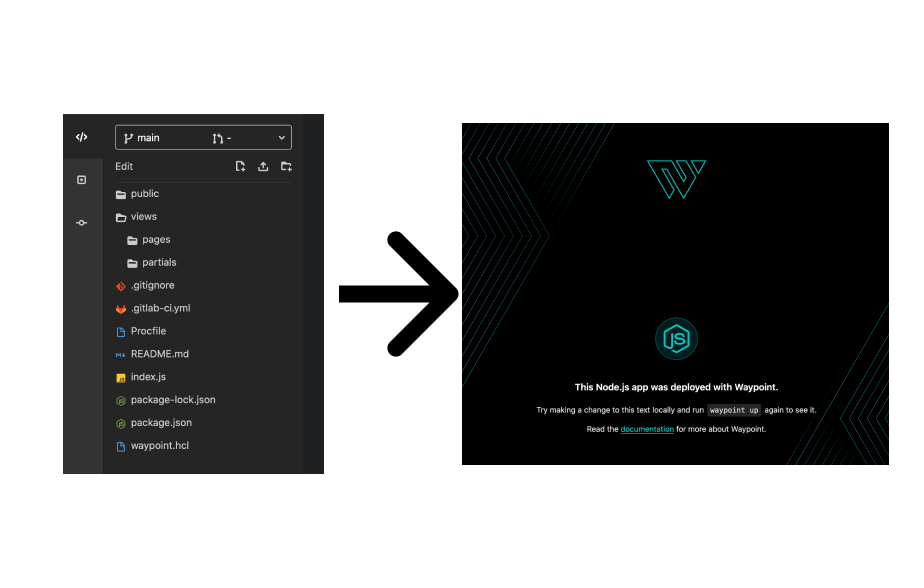 You’ll see that Dockerfile is missing from that project. There isn’t one included in the example, and we actually won’t need one because Waypoint is going to take care of that for us. Take a closer look at the waypoint.hcl file to see what it will do.

In the build step, Waypoint uses Cloud Native Buildpacks (CNB) to detect the language of the project and create a Docker image without any Dockerfile. This is actually the same technology that GitLab uses as part of Auto DevOps in the Auto Build step. We’re excited to see CNB from the CNCF get more adoption by users in the industry.

Once that image is built, Waypoint will automatically push the image to our AWS ECR registry to get it ready for the deploy. Once the build has completed, the deploy step uses the AWS ECS plugin to deploy our application to our AWS account.

From my laptop, that’s easy. I can have Waypoint installed, be already authenticated to my AWS account, and it "just works". But what if I want to expand this beyond my laptop? And what if I want to automate this deployment as part of my overall CI/CD pipeline where all of my current unit, security, and other tests run today? That’s where GitLab CI/CD comes in!

To orchestrate all of this in GitLab CI/CD, let’s take a look at what we’ll need for our .gitlab-ci.yml file:

Above is all we’ll need for our pipeline to run the scripts required to get the deploy done, but we will need one more thing in order to deploy to AWS: We’ll have to authenticate to our AWS account. On Waypoint’s roadmap, there are some mentions of plans around authentication and authorization. HashiCorp also released an exciting project in this space this week, Boundary. But for now, we can handle authentication and authorization ourselves relatively simply.

To authenticate GitLab CI/CD with AWS, there are a few options. The first option is to use GitLab’s integration with HashiCorp Vault if your team is already using Vault for credential management. Alternatively, if your team manages authorization through AWS IAM, you can ensure that the deploy job runs on a GitLab runner that is authorized to run the deployment with IAM. But if you’re just getting started with Waypoint and want to get going quickly, the final option is to add your AWS API Key and Secret Key as a GitLab CI/CD variable named AWS_ACCESS_KEY_ID and AWS_SECRET_ACCESS_KEY.

Putting it all together with Waypoint

Once the authentication is handled, we’re ready to go! Our final .gitlab-ci.yml looks like this:

You can see that we start from the generic docker:latest image and set up some variables required by Waypoint. In the script section, we grab the latest Waypoint binary and install it to our local bin. Since our runner is already authorized with AWS, it’s as simple as running waypoint init, build, deploy, and release.

The output of the build job shows us the endpoint we’re deploying to:

Waypoint is one of multiple HashiCorp solutions that GitLab works great with. For example, in addition to application delivery, we could orchestrate the underlying infrastructure with Terraform through GiLab as well. To standardize security in the SDLC, we could also integrate GitLab with Vault to manage secrets and tokens within CI/CD pipelines that provides consistency for developers and operators relying on secrets management during development testing as well as in production use.

The joint solutions developed by HashiCorp and GitLab are helping organizations find a better way for application development, and keeping delivery, and infrastructure management workflows in lock step. Waypoint is just another step in the right direction and we’re excited to see where the project goes from here.

Getting started with Hashicorp Waypoint

You can learn more about Waypoint at waypointproject.io. Also check out their documentation and roadmap for the project. We have contributed everything we learned to the GitLab CI/CD integration docs. You can also find a full working GitLab example in this repository if you want to try it for yourself!