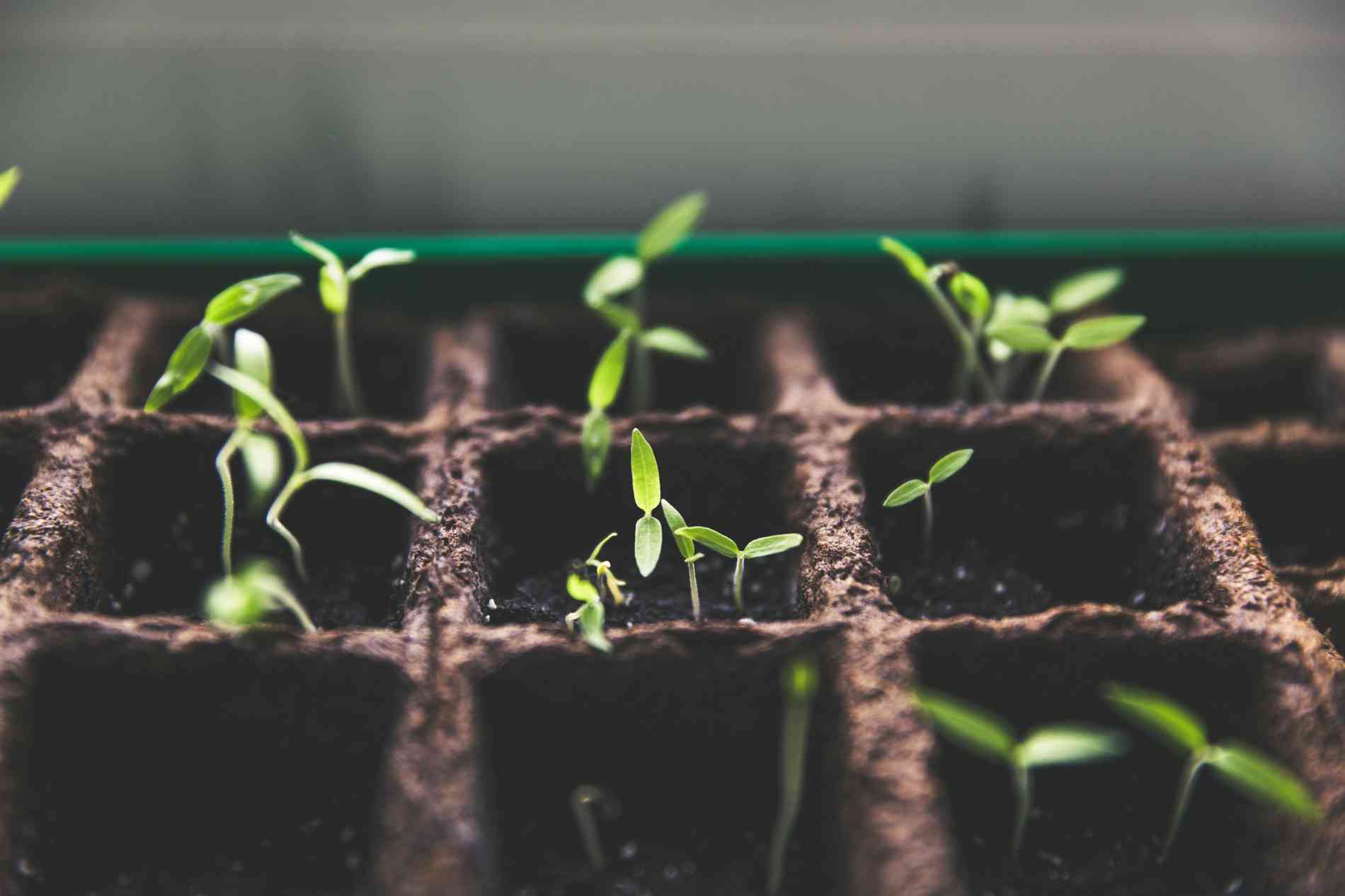 A key to GitLab’s success is our vast community of advocates. Here at GitLab, we call these active contributors "GitLab Heroes". Each hero contributes to GitLab in numerous ways, including elevating releases, sharing best practices, speaking at events, and more. The "GitLab Heroes Unmasked" series is dedicated to sharing their stories.

Lee Tickett, director at IT development and support consultancy Tickett Enterprises Limited, is a GitLab hero and Core team member who continuously contributes to GitLab and provides exceptional feedback. In late 2020, he wrote a blog about how he came upon GitLab and began to use it as his company's platform.

At that point, his company was using GitLab in the following ways:

This blog picks up where that blog left off and gives insight into how Tickett Enterprises is making the most of GitLab's One DevOps Platform for its helpdesk, CRM integration, CI/CD, and more.

Quite some time ago, I decided to migrate from the bespoke helpdesk platform and use GitLab for issue tracking. Here's an epic I created just over two years ago to start discussing my plans.

I built a bespoke migration tool using C#, which connects directly to the existing helpdesk database and pushes the data into GitLab using the API. This includes:

After discussing different approaches with the GitLab team and the community, we came up with the first iteration of our workflow process. The status of tickets in our helpdesk system becomes scoped labels in GitLab. It looks similar to the following:

We have two relatively small teams so we can also leverage boards to distribute and manage work within the team:

We will be leveraging the GitLab Triage RubyGem and Triage Ops project to handle reactive and scheduled automation, such as:

GitLab triage will run as a scheduled pipeline from inside of GitLab, and Triage Ops (formerly known as Triage Serverless) will run as webhooks in AWS Lambda (triggered by webhooks). We may potentially transition some of our existing customizations from C# to GitLab Triage/Triage Ops, too.

One of the biggest challenges moving our helpdesk over to GitLab was the inability to tie issues to Customers. So, roughly a year ago, I decided to start building out a Customer Relations Management (CRM) feature.

You can see some of the work that has gone into the CRM so far: CRM Merged MRs.

It’s surprising how much work is needed for what seems like a mostly simple feature. Despite careful planning, there were many surprises that caused significant headaches. I was hoping to formally release this in December 2021, but it looks like June 2022 is more feasible now.

Although we still have a way to go, we've managed to achieve some really great results. 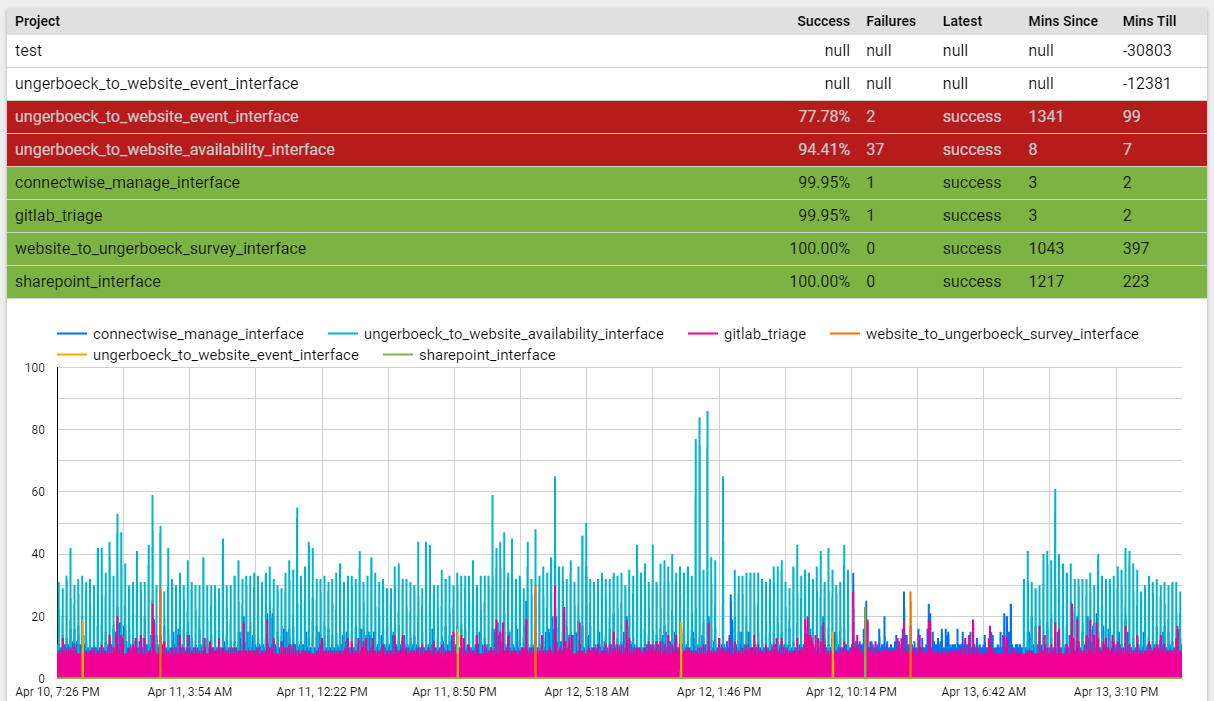 Here's an example of a report we've started to build to increase the visibility of our scheduled interfaces now that we're leveraging CI/CD more.

One obstacle we were faced with was the inability to achieve a lot of our goals at the instance level. Some GitLab functionality is at the project level, some at the group, and some at an instance. As a result, we had to create a temporary single root group and create all groups beneath it.

Moving to Linux/Docker for CI/CD pipelines

We have almost moved completely to Linux/Docker for our CI/CD pipelines, using several custom images:

You can see sample .gitlab-ci.yml templates in the relevant projects.

We now have our test summary and coverage visualization displayed in merge requests, which is a total game changer!

We've been using SharePoint for as long as I can remember, and I'm not a fan.

As great as a WYSIWYG interface is, I believe it brings with it:

So let's try and learn from the best. Can we use GitLab pages? Absolutely!

It's still a work in progress, but we’re exploring a structure similar to:

Not too dissimilar to GitLab, but hugely amplified, we want to pull multiple projects, not just our Hugo repo.

The following is our .gitlab-ci.yml:

The first grab-docs step runs a custom Ruby script to:

I then tweaked the Relearn header in themes/relearn/layouts/partials/header.html to show the last edited date instead of the "Edit this page" text. This works for both "local" docs (pulling directly from Git) and "grabbed" docs (pulling from the frontmatter). 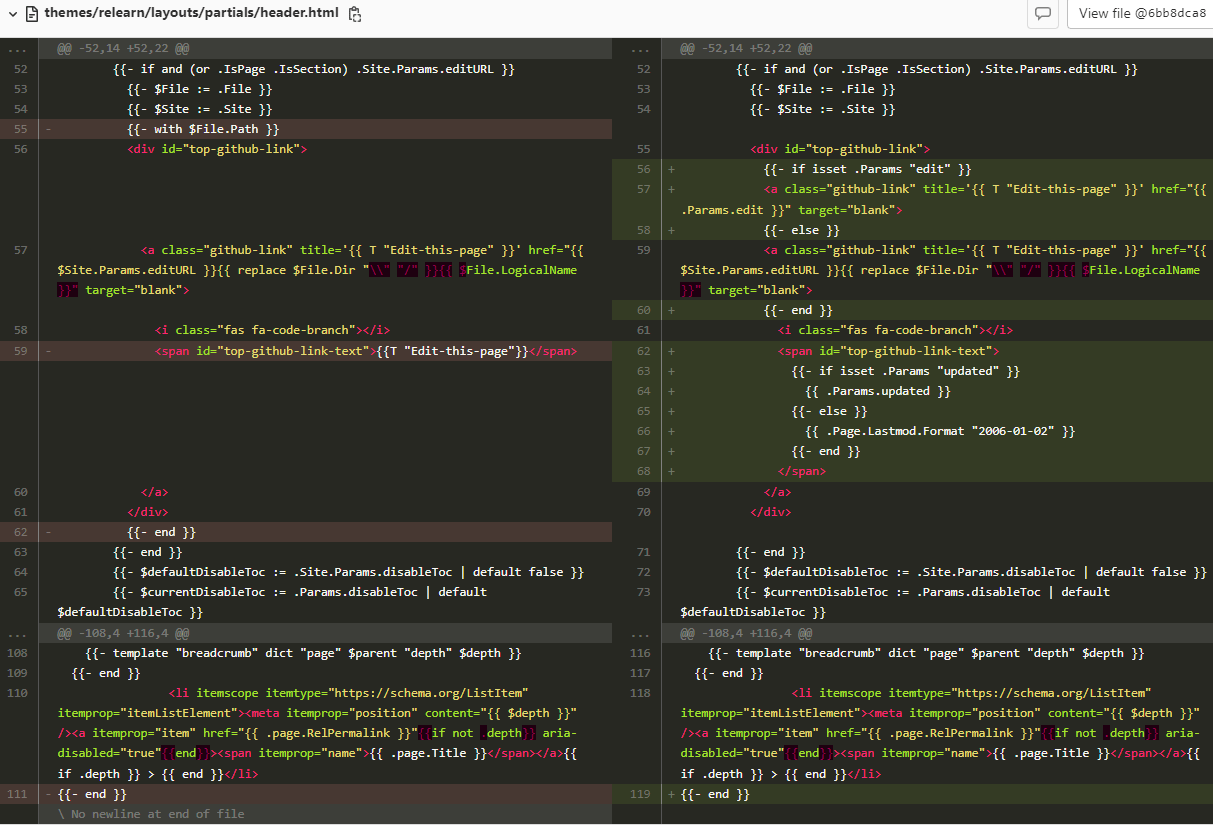 For this to work, I added the following line to Hugo's config.toml:

And also added Git to the Hugo image- see MR

Each project needs 2 docs steps to lint and trigger downstream pipeline for deployment: