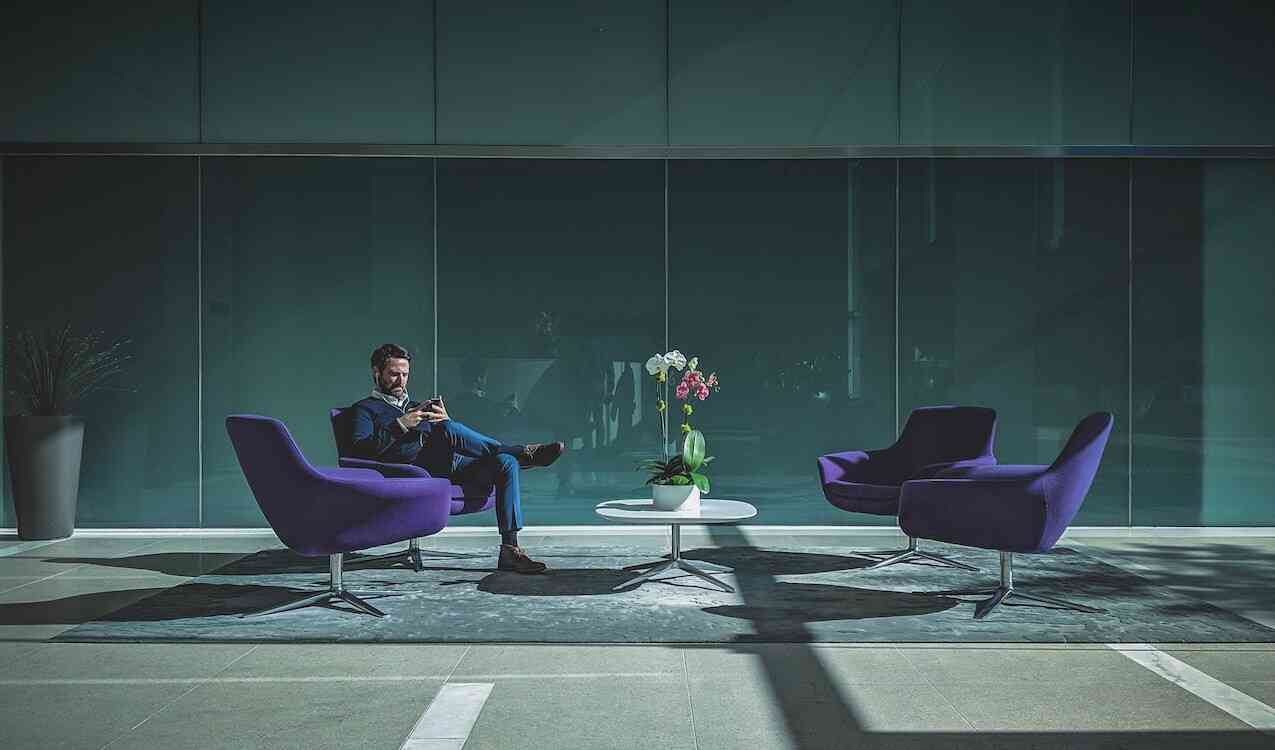 When I accepted the opportunity to participate in GitLab’s CEO Shadow program, I knew exactly what to expect. In typical GitLab fashion, there was already a handbook page detailing the goal, the format, and the expectations of the program. Our co-founder and CEO, Sid Sijbrandij, keeps his calendar public by default to GitLab team-members, so I was able to get a good understanding of the meetings I’d be attending, who’d be present, and what would be discussed. What I couldn’t have predicted is how an annual meeting between Sid and venture capitalist Vinod Khosla would turn out.

GitLab is an all-remote company. We don’t have any offices, and we communicate and collaborate via Zoom, Slack, Google docs, and GitLab. To me, this is normal, and, as an introvert, my biggest concern with participating in the CEO program was the energy drain I knew I would experience living in downtown San Francisco for three weeks and meeting with people in person. Luckily, even our CEO conducts most of his business remotely.

However, many of our investors and board members are still, what I call, remote shy, and tend to default to in-person meetings. This is how I found myself traveling an hour and a half south to Menlo Park to meet with one of our investor groups, Khosla Ventures, for their annual meeting with Sid. Khosla Ventures (KV) is a venture capitalist firm founded by Vinod Khosla, co-founder of Sun Microsystems. KV and GitLab have a long history: They invested in our seed round, led our Series A, and has been a part of every fundraising round since. You could say Khosla Ventures is a big fan of GitLab, and the feeling is mutual.

“I’m not sure what we’re going to get out of this. Khosla is the only investor that can get me to travel an hour and a half to meet in person, every year, without an agenda,” Sid told me.

While I sincerely appreciate Sid’s dedication to all-remote, to efficiency, and to keeping things simple, I found his sentiment surprising. To me, this was a big deal. We were going to spend the day with some of the industry’s brightest minds in Silicon Valley. However, I equally appreciated his emphasis on the lack of agenda. At GitLab, we work asynchronously and agendas allow people to prepare ahead of time so meetings can be interactive, discussion-oriented, and productive. A meeting without an agenda is unpredictable and can be a waste of time.

Pulling up to Khosla Ventures in Menlo Park was a refreshing change of scenery from downtown San Francisco where I’d been staying. The mid-century modern style building is tucked behind lush greenery, and as soon as you enter you are unexpectedly greeted by quirky grape purple walls. Inside Khosla Ventures feels more like a creative incubator than an investor firm.

We first met with Bruce Armstrong, operating partner at Khosla Ventures and a GitLab board member. Top of mind for everyone was the board. With our plans to go public, we needed to hire new board members with public company experience. Earlier that week, I had the opportunity to sit in on a few conversations with potential board members and now I was getting the chance to hear how they were evaluating the candidates. Across the candidates, a pattern was emerging: They all had experience firing CEOs. For some CEOs this would be worrisome. For Sid, it appeared to be a point of pride: He wanted to hire the best people that were going to make the best decisions for the company in the long run. Period.

Next we met with Vinod, Bruce, and investment partners Brian Byun and Sven Strohband for a company brief and brainstorm session. Sid began with an update on the financials, and detailed our massive growth and expansion both in terms of people and product. There were no slides presented. Instead, Sid used our website as a visual aid. Nearly every question or discussion point was first addressed with a Google search to pull up the appropriate GitLab web page to reference. When discussing the progress of the product, he defaulted to our homepage, where our product team has meticulously detailed our current and future feature set. During a discussion about competitors and potential partners, our DevOps tools page was referenced for a single page view of all our competitors in context of exactly how we compete.

I’ve been working at GitLab for two and a half years as a content writer on our marketing team and at times have been extremely frustrated with our marketing website—the content on it, how it’s organized, what we’re presenting, etc. It doesn’t look or operate in a way I’m familiar with so my instinct was to not trust it. But nothing we do at GitLab is “normal,” and witnessing our CEO use the website as a single source of public truth to inform our investors is just one example of what it means to be a transparent company. We don’t hide behind “marketing speak” on our public facing website or develop behind closed walls. We tell the same story and share the same information with the company, the customers, the community, and yes, even the investors.

While our website doesn’t have the same flashy graphics and pithy marketing copy I’m used to, it speaks the truth even when the truth makes people a little nervous about how we’re going to pull this off. We have an incredibly ambitious product roadmap to be built by an all remote team in a short amount of time.

Something I’ve found surprising throughout my entire CEO Shadow experience is how external people underestimate GitLab’s ability to deliver on ambitious plans. The conversation often defaults to, “I see what you’re trying to do, but realistically, which categories are you really able to compete in?” And, unfalteringly Sid answers: all of them. There are some awkward laughs, and the question is reframed to “What part of the product are most of your customers using today?” We move on.

The conversation with Vinod Khosla was similar but different in tone. Vinod and the rest of the team were skeptical of our ambition but perhaps more attuned to Sid’s commitment to the direction and vision and thus more willing to dig into how we get there instead of why we won’t. Potential partnerships to help fill some of our missing functionality were discussed, but it was apparent that our plan was quickly encroaching into competitive territory among the leading contenders.

Instead, there’s an acquisition strategy. To achieve our goal to deliver a single application for the entire DevOps lifecycle that is best-of-breed in every category, we are going to need some help and make some acquisitions. We already acquired Gitter and Gemnasium in order to enter into the ChatOps and security space more quickly than if we tried to build it all from scratch.

Naturally, our acquisition strategy and offer was already drafted and public in our handbook. This enabled the conversation to focus on thinking through potential companies and specific areas of our product where we may want to augment the productivity of our soon-to-be 500 internal developers with an acquisition.

GitLab plans to go public on November 18, 2020 and prefers to remain an independent company with no plans of being acquired. While Vinod made it clear it’s strange to pick and make public an IPO date, at GitLab, we are driven by results and deadlines and even an IPO is no exception to the rule. The route we chose to go—traditional or direct listing—was another topic.

Direct listings are historically uncommon. It wasn’t until Spotify went public via a direct listing in 2018 that there was even a precedent for tech companies. Now, Slack and potentially Airbnb are rumored to be next, officially making direct listings a thing. As for GitLab, like everything else, it will come down to what’s right for us. I can report in good faith all options are being examined carefully and closely. The takeaway here is that while some might think it’s crazy of GitLab to set this ambitious goal, and Vinod might think it’s crazy to set a specific date, one thing is for sure: As a company, we’re ready and already thinking about what’s next.

You know you’re at a successful company when the VCs aren’t focused on how you’re going to meet your short-term goals or current product vision but are excited about the long-term vision.

“Where is GitLab five years from now?” Vinod asked the room, as he stood up and drew a chart with three staggered S curves on it. He pointed to the first one, “This is where you are now.” Pointing to the other two he asked, “what comes next?”

He explained how Square started as a payment device, then to a point-of-sale system, found success, and instead of stagnating, entered into a new market via their Square Capital and Cash App offerings. You see similar trajectory with Facebook entering into the devices space with their newest Portal system. What was it going to be for GitLab? It seemed like an outrageous question to ask considering we still have this huge vision to complete but, unsurprisingly, Sid had thought about this and some things are already in the making.

Meltano (model, extract, load, transform, analyze, notebook, orchestrate) is a start-up within GitLab aimed at becoming a complete solution for data teams. Similar in concept to GitLab, the goal is to create a single application for the entire data science lifecycle. The mission is similar as well: Make analytics accessible to everyone. If successful, Meltano will begin to bridge the gap between systems and data and bring the GitLab vision of everyone can contribute to even more people.

The next idea was a real show stopper: product assisted digital transformation. Think code review as a service but expanded to culture, infrastructure, management, pipelines, process, and integrated directly into the product instead of being an outside service. Imagine if you could bootstrap and up-level your engineering teams’ skills with a product that comes with engineering best practices and support out-of-the-box.

Safe for another year

As it turns out, agenda-less meetings at Khosla Ventures can provide a ton of value. We walked out of Khosla’s office with a healthy dose of validation and criticism, and our brains buzzing with new horizons of potential to explore. I was already convinced GitLab is a great company to work for, but my experience at Khosla opened my eyes to just how unique our opportunity is. And, the on-site, half day, agenda-less meeting is good for another year.