Why is this page called 'Is it any good?'

When people hear about a new product they often ask if it is any good. A Hacker News user once wrote: "Starting immediately, all raganwald projects will have a 'Is it any good?' section in the readme, and the answer shall be 'yes'." We were inspired and added that section to the GitLab readme.

Don't only take our word for it! GitLab is the only comprehensive DevOps platform being delivered as a single application, and our unique breadth in DevOps has enabled us to enjoy similarly broad coverage across analysts’ categories and reports.

The GitLab solution is the result of collaboration between thousands of community contributors, based on feedback from the over 100,000 organizations using GitLab to power their DevOps transformations. The GitLab community contributes code, documentation, translation, design, and product ideas based on their real world challenges, making GitLab more useful and valuable every day.

Because of the community behind GitLab, in many cases we see rapid adoption through better developer experience and collaboration. We've liked thousands of supportive tweets from our 100,000+ followers on Twitter.

This page shares more of the many acknowledgements GitLab has enjoyed.

GitLab is the most used DevOps tool

Here's the calculation with actual numbers:

We have been hesitant to release these numbers as they are not exact. It isn’t possible for us to have exact numbers because we are an open source project that people can run without registering. Previously, we reported the number of GitLab installations, however, this lead people to mistaken the number of installations as our number of users.

All of these numbers are based on registered users since there are no publicly known numbers for active users reported by our competitors. Registrations on self-managed GitLab installations that were online but are no longer online are disregarded. 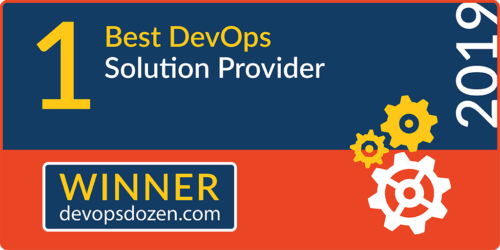 GitLab was awarded the DevOps Dozen award for Best DevOps Solution Provider by industry leaders MediaOps and DevOps.com, who wrote: "GitLab has really separated itself from the pack, from the breadth of its vision for an end-to-end solution to the many different ways that GitLab operates as a company."

"But it is not just that GitLab is different; GitLab has captured a broad swath of the market who feel bought into the company."

Once we had been chosen as finalists, in true GitLab fashion we used GitLab.com to openly create and share our case for the top prize, still available as a page in our handbook.

GitLab has been voted as G2 Crowd Leader

GitLab is values-driven and we place the highest value on results. Above all, we strive to improve our customers' results.

Our customers and users have invariably voted GitLab a G2 Crowd Leader across dozens of categories, including recently:

GitLab recognized as a 451 Firestarter by 451 Research 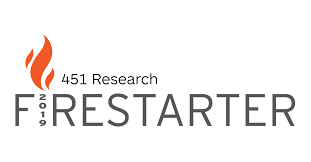 "451 Research has built its reputation on helping organizations understand innovation and disruption in the enterprise IT industry, and the Firestarter award is one of the ways we spotlight important trends and players," said Jay Lyman, 451 Research Principal Analyst.

"Innovative approaches from companies such as GitLab — with its open source software technology and community contributions as well as transparency with customers — merit the recognition of a 451 Firestarter award."

GitLab ranked above GitHub as a top developer tool 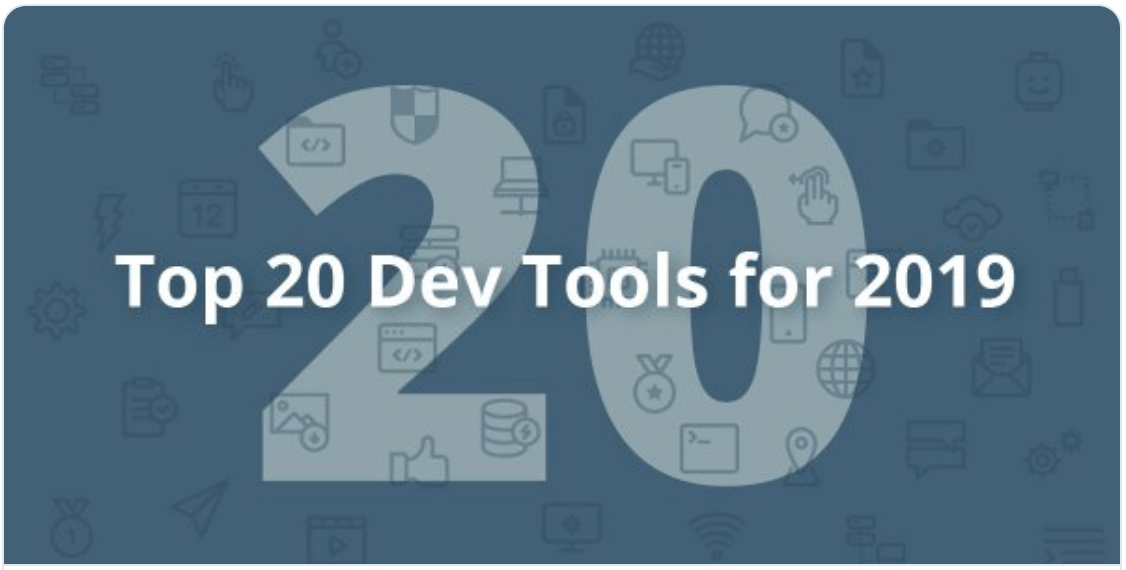 The results of the Axosoft 2019 survey of over 1,000 software engineers from elite organizations across the world ranked GitLab in the top 20 developer tools. As they put it, "We could have put together our own list of the best development tools, but for the last two years, we’ve asked our community instead."

"GitLab is giving GitHub a run for its money! GitLab climbed the ranks 4 spots and overtook GitHub for the first year. While GitHub had the most significant drop in rankings from number 3 to number 11 year-over-year."

GitLab is ahead of GitHub in features

In December GitLab CI ran 2^8 million builds! (256 million) GitHub Actions is now at "70 million jobs run per month" according to https://t.co/bpHjfbdk5h GitLab was last below 70m in November of 2018. In some aspects GitLab is years ahead of GitHub: https://t.co/Bfh2Om6siV

This puts GitLab's featureset, on average, almost four and a half years ahead of GitHub's.

GitLab is the most popular SCM tool among JVM devs 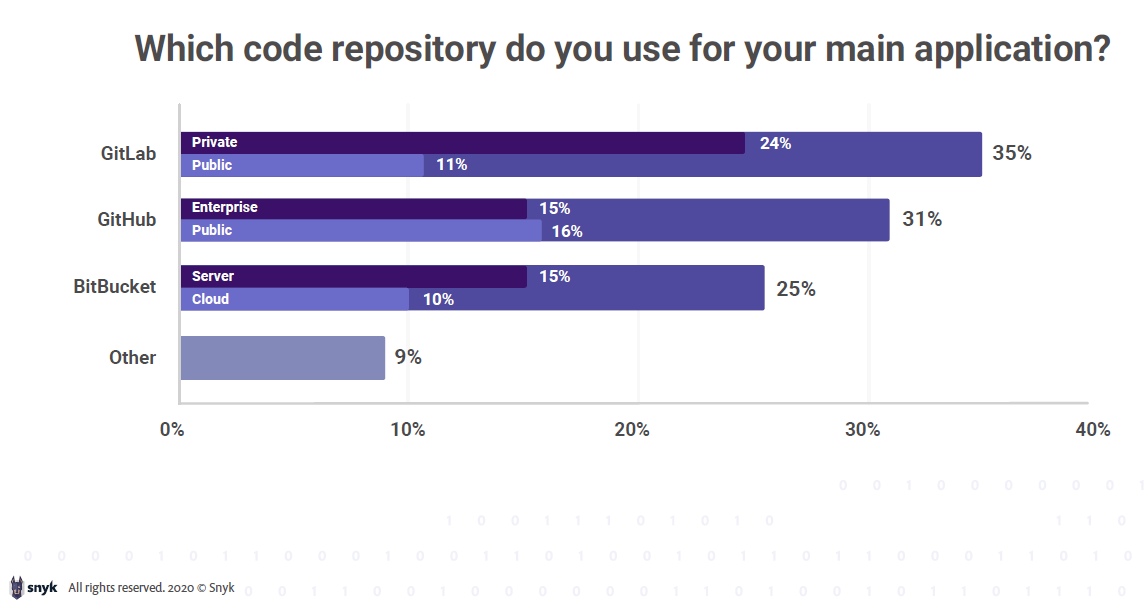 The JVM Ecosystem Report 2020 data affirmed what The New Stack saw in 2019 — that GitLab is outperforming GitHub in source code management.

In this annual JVM ecosystem report, 1 in 3 developers use GitLab, making it the most popular SCM tool among Java (Java Virtual Machine, or JVM) developers.

As Snyk reports, "It is possibly surprising for people to hear that GitLab is the winner of this battle… On top of that, GitLab offers a lot more than just a repository, including CI."

GitLab CI is a leader in the The Forrester Wave™ 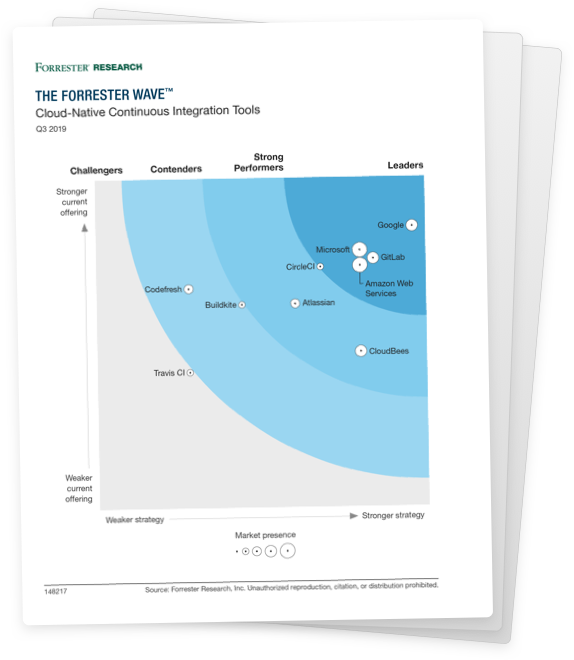 As the report states, “GitLab’s simple and cohesive approach lands it squarely as a leader.”

GitLab was recognized as an IDC Innovator in Tools Supporting Open (Unopinionated) Developer Platforms in May, 2019 by International Data Corporation.

IDC Innovators are emerging vendors "that have demonstrated either a groundbreaking business model or an innovative new technology — or both."

GitLab has YoY growth in adoption of version control services study, while GitHub and Bitbucket both decline 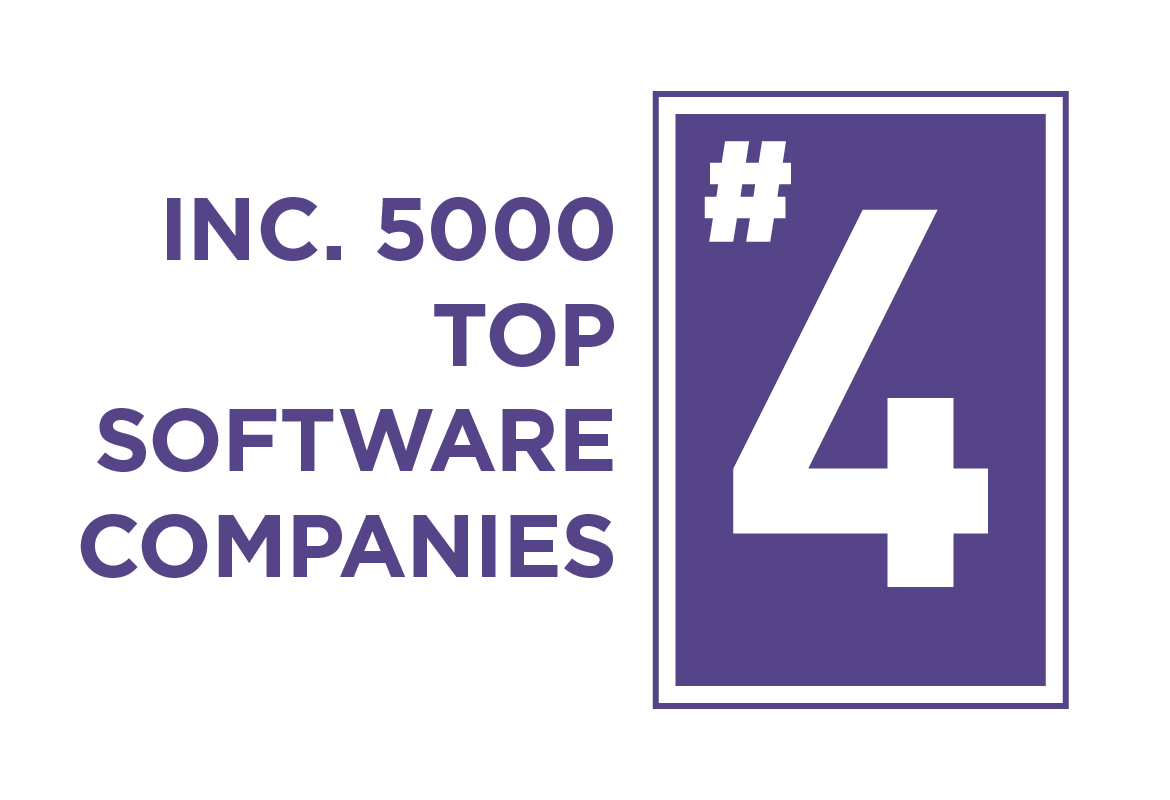 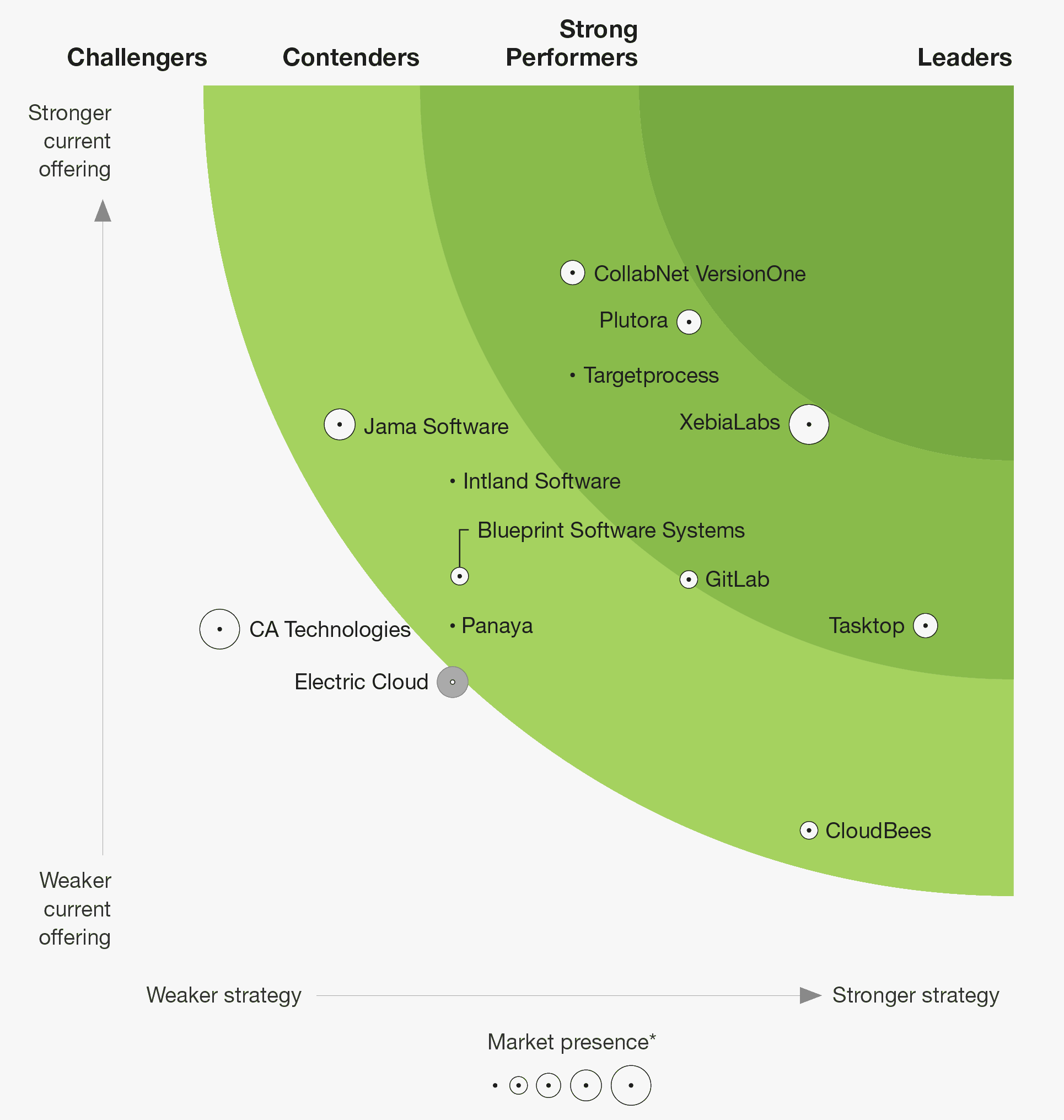 Forrester evaluated GitLab as a strong performer for VSM capabilities on top of its end to end DevOps capabilities.

Forrester's assessment included: "GitLab combines end-to-end capability with the power of open source. GitLab offers a DevOps tool for each step of the software development process. Top-level views sitting across these tools provide its VSM functionalities."

They added: "GitLab is best for companies that are looking for a broad, integrated solution. Organizations that want a comprehensive VSM solution that can also serve as their DevOps tool chain will really appreciate GitLab. GitLab's vision is firmly open source and dev-centric; companies that live and breathe dev-first will appreciate this approach."

With more than 100,000 organizations self-hosting GitLab, we have the largest share of companies who choose to host their own code. We’re estimated to have two-thirds of this single-tenant market. 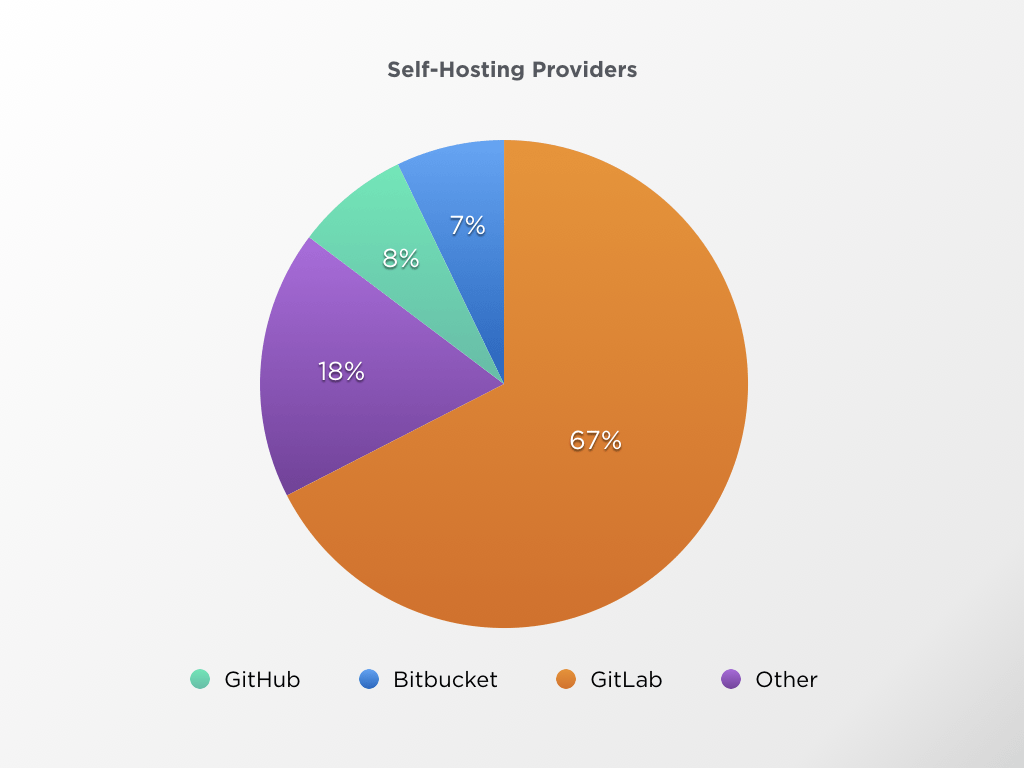 Similarly, in their survey of roughly one thousand development teams, BuddyBuild found that 79% of mobile developers who host their own code have chosen GitLab:

In their articles, both Bitrise and BuddyBuild note that few organizations use self-managed instances. We think there is a selection effect, because both of them are SaaS-only offerings.

Based on our experience, the vast majority of enterprises (organizations with 2,000+ employees) self-host their source code server, frequently on a cloud service like AWS or GCP, instead of using a SaaS service.

Another assumption is that Git is the most popular version control technology for the enterprise. Certainly not every enterprise has completely switched yet, but it does seem that Git is almost 10 times larger than SVN and Mercurial.

Per the dominance of Git, the SCM market is lacking analysis that is as complete, independent, and directly relevant to the question of market share as GitLab would prefer, but with these qualifications and multiple sources, we find the data and discussions sufficient to share. GitLab has encouraged additional, independent analysts to address the SCM market and will continue to do so.

In his post on building Heroku CI in mid 2017, Heroku’s Ike DeLorenzo noted "GitLab is surging in VCS and CI (and in developer buzz)" and that GitLab CI is “clearly the biggest mover in activity on Stack Overflow,” with more popularity than both Travis CI and CircleCI.

GitLab was the second most popular CI system by the end of that year, in a report on cloud trends from Digital Ocean. 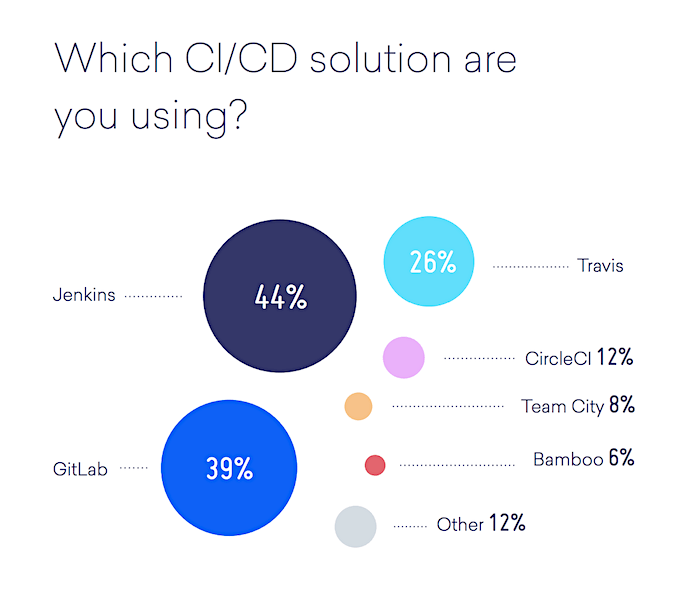 GitLab's commitment to seamless integration extends to CI itself. Integrated CI/CD is more time and resource efficient than a set of distinct tools, and allows developers greater control over build pipelines, so they can spot issues earlier and address them at a lower cost. Tighter integration between different stages of the development process makes it easier to cross-reference code, tests, and deployments while discussing them, allowing you to see more context and iterate more rapidly.

We've heard from customers like Ticketmaster that adopting GitLab CI can transform the entire software development lifecycle (SDLC), in their case helping the Ticketmaster mobile development team deliver on the longstanding goal of weekly releases. As more companies look to embrace CI as part of their development methodology, having CI fully integrated into their overall SDLC solution will ensure these companies are able to realize the full potential of CI. You can read more about the benefits of integrated CI in our white paper, Scaling Continuous Integration.

GitLab is one of the top 30 open source projects

The Cloud Native Computing Foundation placed us in the top right quadrant of their Highest Velocity Open Source Projects in 2017, by measuring GitLab commits, authors, issues, and merge requests.

Our customers love sharing their successes

GitLab customers are often asked to speak at events. Hear their stories and learn from their experiences.

GitLab has more than 3,000 contributors

Our more than 3,000 contributors have more than 9,000 merge requests merged, including those from contributing customers and organizations such as Siemens, CERN, and Creationline.

Service Organization Control (SOC) certification, developed by AICPA, defines requirements to minimize risk and exposure of customer data stored in the cloud. SOC 2-compliant vendors like GitLab are required to follow strict information security policies and procedures, and external auditors verify the design and operation of our security controls.

As of February 2021, GitLab has successfully obtained SOC 2 Type 2 and SOC 3 Type 2 certification reports for GitLab.com. These reports answer many of the security questions you may have for a SaaS vendor. You can obtain a report as part of our Customer Assurance Packages.

CRN took a look at a sampling of some of the coolest DevOps tools of 2021 and listed GitLab in the top 10.

Cisco’s Eric Thiel, Director, Developer Experience is quoted saying: “Our team has also been spending a lot of time in GitLab and GitLab CI and really enjoys having such a broad range of DevOps capabilities all in a single tool."