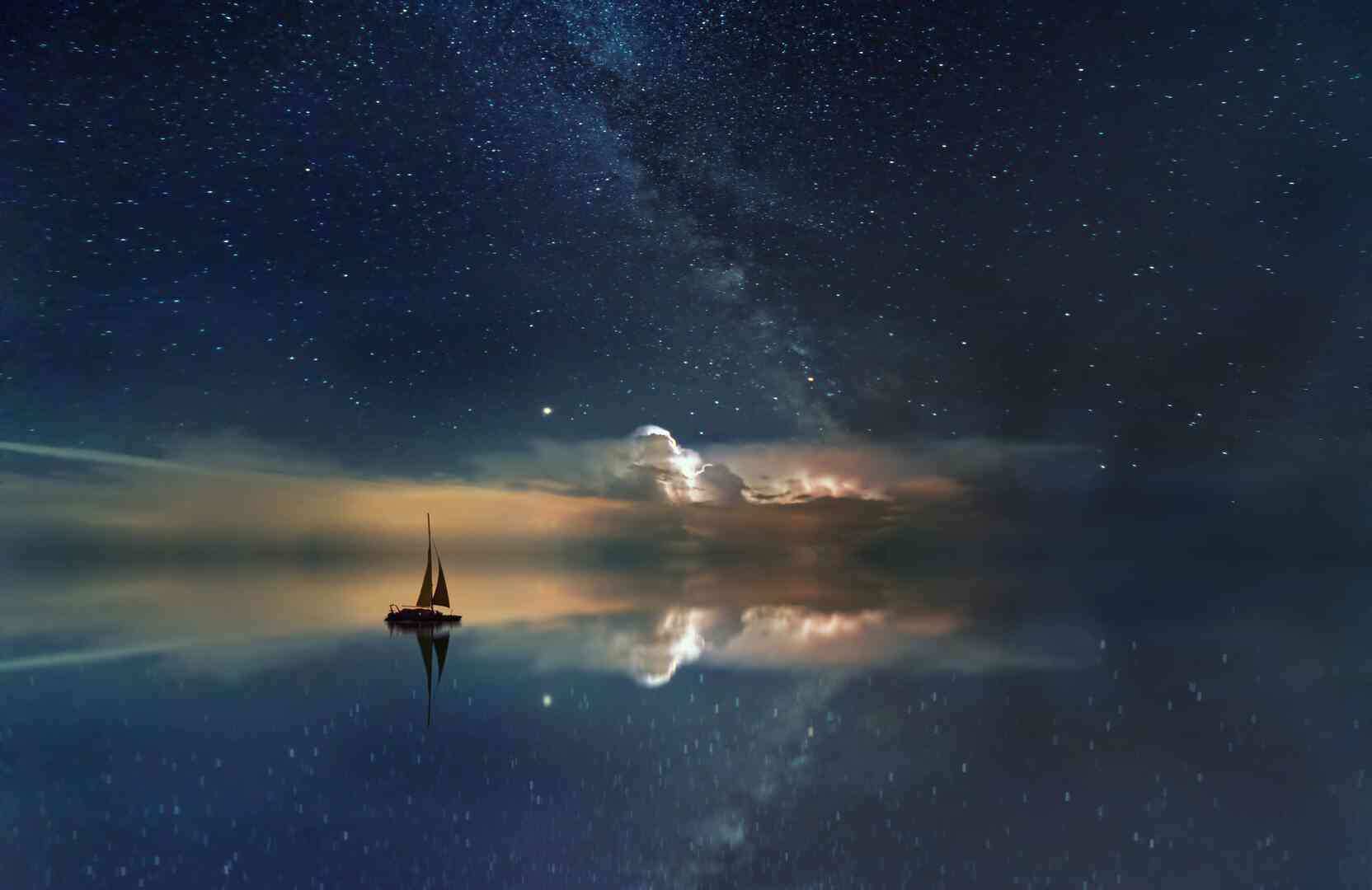 Turning back time a bit, what exactly is Phabricator? Built on the concept of web-based applications, Phabricator enables developers to collaborate with code reviews, repository browser, change monitoring, bug tracking and wiki. On May 29, 2021, Phacility, the maintainer and sponsor of Phabricator announced end-of-life and stopped maintaining Phabricator.

Phabricator was an inspiration to me when starting GitLab. It is shutting down now. Many of its features were years ahead of its time and there was a lot of humor in the product. As a tribute to it shall we add Clowcoptarize as a way to merge? This would be an opt in option introduced in GitLab 14.0.

It got me curious: What are these inspirations Sid is referring to? Let's dive into GitLab's history together and see what we can learn.

Tip: Features in the GitLab documentation often have a Version History box. You can use the issue URLs to dive deeper into feature proposals, discussions, etc.

A typical engineering workflow is as follows: The engineering manager assigns a new issue as a task to a developer. The developer works in their preferred IDE – local in VS Code or in the Gitpod cloud environment. Changes happen in a new feature branch in Git, which gets pushed to the remote Git server for collaboration.

The Git branch is not ready yet and stays hidden in a potentially long list of branches. To keep better track of their feature branches, developers could copy-paste the branch name or URL into the related issue - which I did 10 years ago. The concept of a "diff linked to a task for review" in Phabricator, likewise a "Git branch with commits linked to Merge Requests" in GitLab was not invented yet.

Phabricator inspired GitLab to create a default workflow for reviews. The Phabricator workflow makes the review more dominant and squashes all changes into a single commit after the review is approved. There are upsides and downsides to automatically squashing commits. Squashing the commits could mean losing information from review history and create more discussion. Depending on the application architecture, the frequency of changes, and debugging requirements, this can be a good thing or a bad thing. GitLab allows you to choose to squash commits before merging a MR and/or specifying the default project settings around squashing commits.

Phabricator treated a MR (or what they call "diff tasks") as the single source of truth for tracking changes and the review history. We felt this was a great idea, and replicated the process of a "diff task" in Phabricator in GitLab MRs. One of the major upsides to GitLab's version is that collaboration and discussion that happened in issues and epics is still available even after the change is merged.

Many times when a MR is created in GitLab, the branch requires additional work before it is ready to be merged. Phabricator introduced a formal "Draft" / "Not Yet Ready for Review" state in 2013 for "diff tasks", which helped keep track of work in this state. GitLab added WIP MRs in 2016, which we then renamed to draft merge requests in 2020. While WIP may make sense to some people, acronyms can exclude newcomers. We found Draft is more recognizable. To avoid confusion, GitLab deprecated WIP and moved forward with draft merge requests.

The commit history in GitLab is enriched with links to the MR and the corresponding Git review history. In case of a production emergency, having everything documented allows for faster research and debugging.

GitLab stores the MR short URL with <namespace>/<project>!1234 in the merge commit message. Check the history of a demo project for the Kubernetes agent to see how the merge commit is rendered.

This raw information is stored in the Git repository, whereas the MR itself stays in GitLab's database backend. You can verify this by cloning a repository and inspecting the history with this command:

Code coverage reports provide insight into how many lines of the source code are covered with unit tests. Reaching 100% test coverage is a developer myth - visualizing a decrease or increase can help monitor a trend in code quality. Phabricator implemented support for various languages with unit test engines and parsing the output, for example in Golang.

The test coverage badge in a GitLab project.

JUnit XML test reports were introduced as common format specification and added as an MR widget in 2018. The test reports runs in the background, using CI/CD artifacts to upload the XML reports from the runner to the server, where the MR/pipeline view visualizes the coverage reports in a tab. 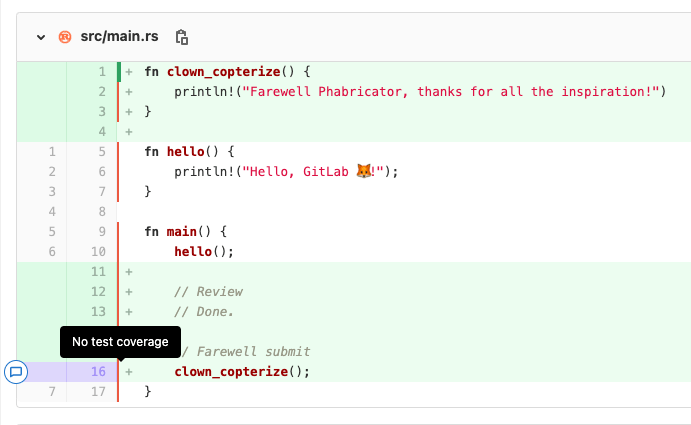 Check out this MR to practice verifying the test coverage. Make sure to select the inline diff view.

Phabricator provides Herald as an automated task runner and rule engine to listen for changes. Herald can also be used to ensure protected branches and approval rules to enforce a strong permission model in development workflows. There are more examples in this HackerNews post from 2016 and somehow, I feel like an explorer seeing many great GitLab features in similar ways. 🦊

GitLab CI/CD pipeline schedules remind me of the task runner, similarly to webhooks and the REST API being instrumented from CI/CD jobs. The pipeline schedules are also a great way to periodically regenerate caches and rebuild container images for cloud native deployments.

Harbormaster is Phabricator's integration for CI. It's not built from multiple tools in the DevOps stack, but is instead fully integrated in the product.

The first version of GitLab CI was created in November 2012. In 2015, a GitLab team member came up with the idea of combining SCM with CI and the all-in-one DevOps platform was born. Built-in CI/CD inspired for more features and fostered a better way to innovate together. The new pipeline editor is just one example of a streamlined way to configure CI/CD pipelines in GitLab.

Let's throwback to 2017 and watch as we demonstrate how to take an idea to production in GitLab, using GKE:

Work needs to be organized. Phabricator led the way with a board which allowed users to filter tasks and provide a more detailed view into planning and project management. 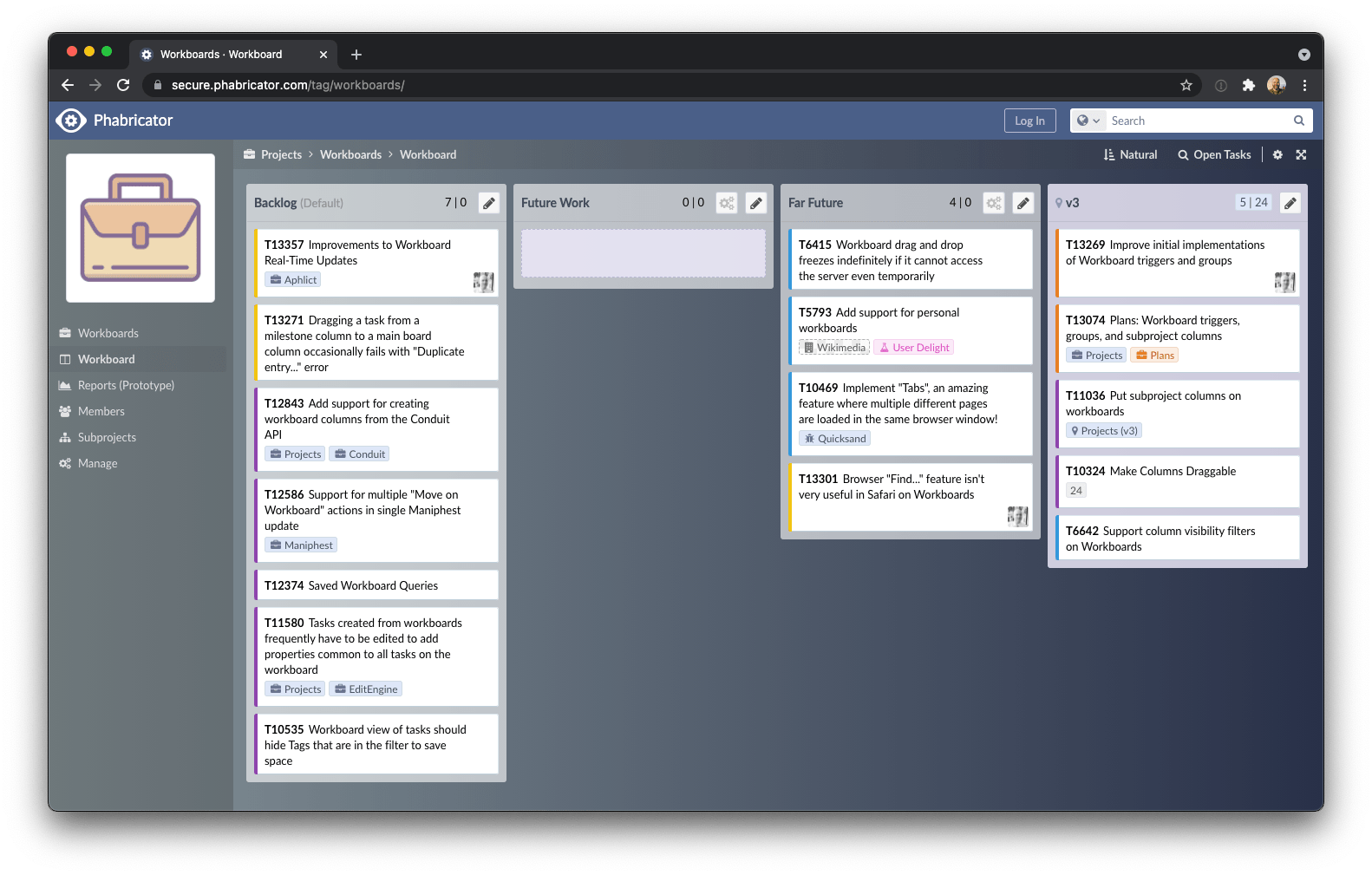 GitLab users will recognize the similar look between Phabricator's work boards and GitLab issue boards. In GitLab 14.1, we built on existing epic tracking and labeling to create Epic boards to keep teams organized and measure progress. 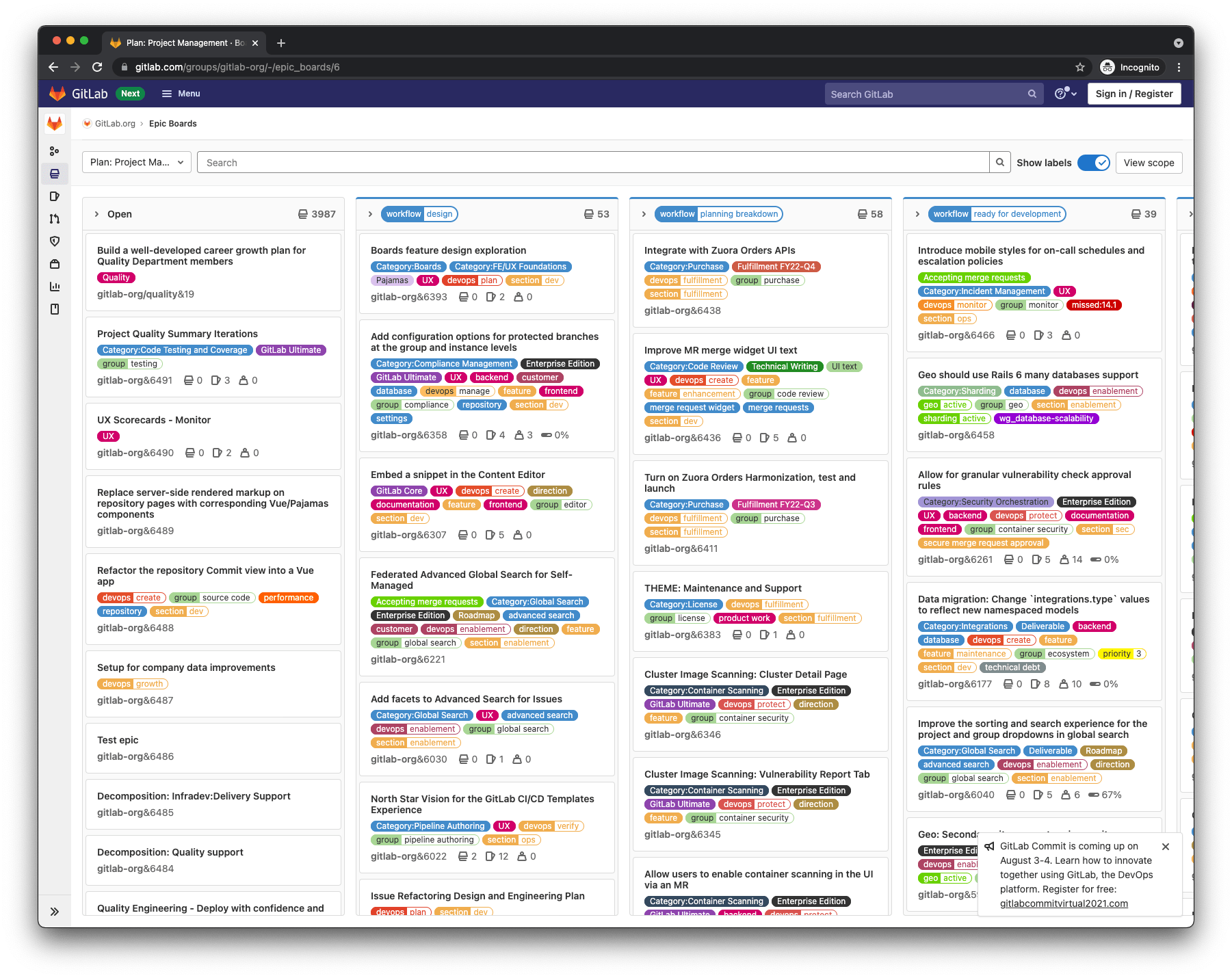 Take a look at the Epic boards in GitLab.

Put it all together

In Phabricator, a diff task (in GitLab they're MRs) in the "review" state is linked to another task specifying the requirements. The UX needs to be clear so the relationship between the diffs can be accessed and understood. Unless necessary, the user shouldn't have to navigate manually. The context of the change review defines possible links to labels, states, dependent issues, diff tasks (MRs), and more.

GitLab links related issues. If an issue is mentioned in a MR, or vice versa, GitLab automatically links them. The user also has the option to have the issue close automatically once a change is merged. Read a blog post from 2016 to learn more about how issues and MRs can relate to each other in GitLab.

UX work is challenging, and we continue to iterate to improve workflows in GitLab. For example, in GitLab 13.8, we reduced the number of clicks it takes to download a CI/CD job artifact from the MR.

Did we miss a feature Phabricator inspired?

While writing this blog post, my research revealed more gems. For example, I found a proposal to add visual graphs for issue dependencies in the HN thread.

Which features from Phabricator are missing in GitLab? Let us know in the comments, create a new feature proposal or start your contribution journey in a new MR right away!