Jenkins is one of the most popular self-managed open source build automation and CI/CD developer tool in the world. It derives it’s incredible flexibility from incorporating capabilities from it’s hundreds of available plugins, enabling it to support building, deploying and automating any project.

It’s important to understand that Jenkins is not the same as CloudBees. CloudBees is the company that primarily maintains Jenkins. The four products used by the Jenkins community are:

Jenkins X is meant to make running a pipeline out of the box with Kubernetes easier. Jenkins X natively integrates Jenkins CI/CD server, Kubernetes, Helm, and other tools to offer a prescriptive CI/CD pipeline with best practices built-in, such as using GitOps to manage environments. It uses deployment of Jenkins into Kubernetes containers to get around the complexities of installing and integrating Jenkins. However, it is a complex pairing of many tools including the fragile Jenkins server.

CloudBees Jenkins Distribution is a free software that provides a developers with a Jenkins envirionment build on the most recent supported Jenkins release. The distribution comes with a recommended catalog of tested plugins available through the CloudBees Assurance Program.

Explore these links for deeper insights on how Jenkins and GitLab compare.
- Side by side product comparisons
- Key questions to ask
- and more.

What are some of Jenkins’ gaps when considering a DevOps solution.

Questions to ask when evaluating a DevOps solution.

GitLab compared to 3 variants of Jenkins

Blog highlighting how GitLab stacks up against 3 versions of Jenkins

GitLab Documentation on Migrating from Jenkins

Step by step guide on migrating from Jenkins to GitLab.

Overview of pricing on various Jenkins versions that offer support.

A compendium of news articles and announcements on Jenkins.

The Decision Kit
Feature comparisons, migration guides, and other detailed information on both products. 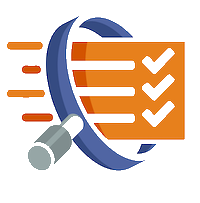 Get Your Free Trial
Git is a trademark of Software Freedom Conservancy and our use of 'GitLab' is under license
View page source — Edit in Web IDE — please contribute.